About the Altmetric Advisory Board

The Altmetric Advisory Board was established in 2015 and is made up of a panel of 12 invited experts. The Advisory Board meets regularly, both remotely and in-person, to debate and discuss some of the more strategic elements of Altmetric’s product development.

The purpose of the Altmetric Advisory Board is to obtain objective, outside input on 3 areas related to Altmetric products:

In order to obtain balanced and informed input, the Altmetric Advisory Board includes many individuals who work within the research ecosystem (e.g., as researchers, publishers, librarians, research administrators, etc.). We have 12 expert members on our Advisory Board, representing organisations from the UK, USA, Canada, and Australia. 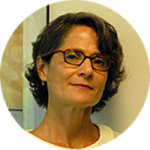 Amy Brand, Chair of the Altmetric Advisory Board

Amy Brand was named Director of the MIT Press in July 2015. Previously, she served as VP Academic and Research Relations and VP North America at Digital Science. From 2008 to 2013, Brand worked at Harvard University, first as Program Manager of the Office for Scholarly Communication and then as Assistant Provost for Faculty Appointments and Information. Before moving to Harvard, she held long-term positions as an Executive Editor at the MIT Press and as Director of Business and Product Development at CrossRef. Brand serves on the Duraspace Board of Directors, was a founding member of the ORCID Board, and regularly advises on key community initiatives in digital scholarship. She holds a B.A. in linguistics from Barnard College and a PhD in cognitive science from MIT. 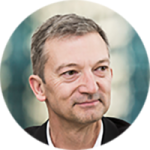 Martin Kirk is the Immediate past president of CAURA and director of the Office Research Services (ORS) and Support Programs to Advance Research Capacity (SPARC) at the University of British Columbia (UBC) in Vancouver, Canada. Martin grew up in Scotland and completed his first degree in chemistry at Heriot-Watt University in Edinburgh and then went on to study/research for his PhD in applied chemistry (bitumen upgrading) at the University of Calgary (Calgary, Alberta). He spent the next few years working in industrial research, ultimately working for Exxon/Imperial Oil. Martin returned to the University of Calgary and in 1999 moved into the VP (Research) portfolio and in 2000 became the director of Research Services. In 2005 he was promoted to associate VPR and was then recruited to UBC as director of ORS in Nov 2007. Martin currently chairs the INORMS (global) working group (composed of the 15 national research management associations). The INORMS working group is studying the professional development offerings of the associations to their 20,000 members and the governance of their associations. 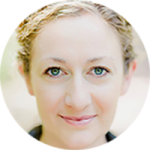 Cassidy R. Sugimoto researches within the domain of scholarly communication and scientometrics, examining the formal and informal ways in which knowledge producers consume and disseminate scholarship. She has co-edited two volumes and has published 60 journal articles on this topic. Her work has been presented at numerous conferences and has received research funding from the National Science Foundation, Institute for Museum and Library Services, and the Sloan Foundation, among other agencies. Sugimoto is actively involved in teaching and service and has been rewarded in these areas with an Indiana University Trustees Teaching award (2014) and a national service award from the Association for Information Science and Technology (2009). Sugimoto has an undergraduate degree in music performance, an M.S. in library science, and a Ph.D. in information and library science from the University of North Carolina at Chapel Hill. She currently serves as President of the International Society for Scientometrics and Informetrics. 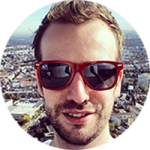 James is the Senior Manager for Product Analytics at Taylor & Francis, with responsibility for measuring the impact and quality of books and journals. He has worked with bibliometric measures for the previous 8 years, and Altmetric.com since 2013. Working for a large social science and humanities publisher, he is particularly interested in how altmetrics can expand our understanding of articles and books in fields where the numbers of citations cannot be taken as the main measure of academic quality. He is also interested in how altmetric measures can be applied to international research, especially research from outside of the US and Europe. 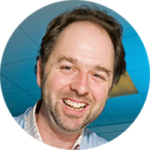 Cameron Neylon is Professor of Research Communication at the Centre for Culture and Technology at Curtin University and an advocate of open research practice who has always worked in interdisciplinary areas of research. He has previously been Advocacy Director at PLOS (the Public Library of Science), a Senior Scientist at the STFC Isis Neutron and Muon Facility and tenured faculty at the University of Southampton. Along his earlier work in structural biology and biophysics his research and writing focuses on the interface of web technology with science and the successful (and unsuccessful) application of generic and specially designed tools in the academic research environment. He is a co-author of the Panton Principles for Open Data in Science, the Principles for Open Scholarly Infrastructures and the Altmetrics Manifesto, and writes regularly on the social, technical, and policy issues of open research at his blog, Science in the Open. 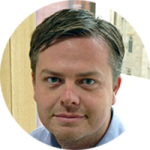 Scott Taylor is a Research Services Librarian at The University of Manchester Library. Scott has been involved in the development of services in support of Open Access at Manchester since 2008. He is currently responsible for managing Manchester’s compliance with the new HEFCE Open Access Policy; managing the uptake of ORCIDs at the University of Manchester; as well as providing advice and training on matters relating to the academic and societal impact of researchers and their outputs. 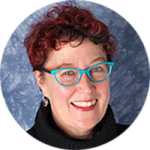 Terrie is a PhD clinical neuropsychologist who studies how genetic and environmental risks together shape the developmental course of problem behaviors from childhood to adulthood. Her newest work studies how mental health and brain function affect the body’s physical health and aging. She is working on testing how chronic psychiatric disorders and lifelong poor cognitive abilities accelerate the pace of aging. She co-directs the Dunedin Longitudinal Study, which has followed 1000 people born in 1972 in New Zealand from birth to age 45. She also co-directs the Environmental-Risk Longitudinal Twin Study, which has followed 1100 British families with twins born in 1994-1995 from birth to age 18. For her team’s research, she has received the American Psychological Association’s Early Career Contribution Award and its Distinguished Career Award, the UK Royal Society’s Wolfson Merit Award, the Stockholm Prize in Criminology, the NARSAD Ruane Prize in Child Psychiatry, the Klaus J. Jacobs Prize in human development, and most recently the Avielle Foundation’s Luminary Prize.

Terrie works in the UK and the USA. She holds the Nannerl O. Keohane University Professorship at Duke University, and the Professorship of Social Development at the Institute of Psychiatry, King’s College London. She is also  a trustee of the Nuffield Foundation. She is a fellow of the Academy of Medical Sciences, the American Society of Criminology, the British Academy, the American Psychopathological Association, Academia Europaea, the American Academy of Political and Social Science, the Association for Psychological Science, and King’s College London. She has served on investigative panels for institutions such as the Nuffield Council on Bioethics (ethics of behavioural genetic research) and the US National Academy of Sciences (research into firearms and violence). 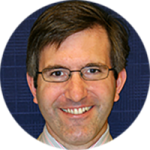 Charles Watkinson is Associate University Librarian for Publishing at University of Michigan Libraries and Director of University of Michigan Press. Prior to moving to Michigan in 2014, Charles was Director of Purdue University Press and Head of Scholarly Publishing Services in Purdue Libraries for five years, and Director of Publications at the American School of Classical Studies at Athens for five years. He started in the book business working for Oxbow Books as a specialist bookseller and distributor in archaeology, classical, and medieval studies, holding positions in both the UK and USA. He has been a board member of the Association of American University Presses and the Society for Scholarly Publishing, and was an initiator of the Library Publishing Coalition. 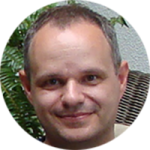 Juergen Wastl is Head of Research Information at the University of Cambridge. A molecular biologist & biochemist by training, Juergen has held research administration roles in industry and academia. In his current role as Head of Research Information in the Research Strategy Office he is managing and implementing software tools for academics and administrators and he is responsible for the provision of analysis (including network and collaboration analysis) for Collegiate Cambridge. Juergen played an instrumental role in bringing altmetrics and the AFI to Cambridge. 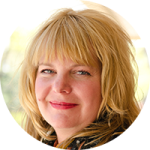 Joy Kirchner is the University Librarian at York University where she is the chief administrative officer of York University Libraries’ 150 staff and librarians on two campuses within York’s seven libraries and the Scott Learning Commons (with two other campus libraries in development in the Toronto suburb of Markam and one in a research centre in Costa Rica). The Libraries has a strong research culture and supports innovative research in Libraries with an established W.P. Scott Chair in e-Librarianship. A new Libraries strategic plan is being developed to reinforce the Libraries’ innovative spirit and strengthen its expertise in teaching and learning, undergraduate research, digital scholarship, data and repository infrastructure, scholarly communications and research metrics. Joy is the chair of a new campus-wide Steering Committee on Open Access and Open Data; she is the chair of the Canadian Association of Research Libraries Advancing Research Committee, and she serves on the editorial board for portal Libraries and the Academy.

Our Advisory Board members currently are serving terms until August 2017, so we do not have any open seats at the moment. However, if you are interested in becoming an Advisor in future (or want to nominate a colleague to become one), please get in touch with us.