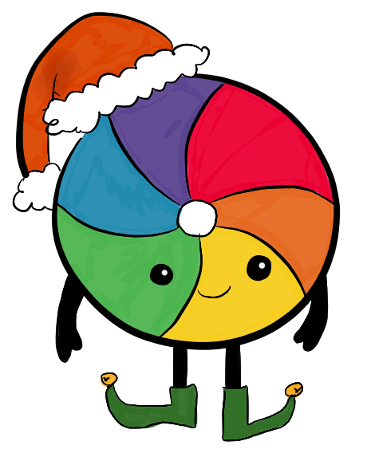 It’s been an incredible year for us at Altmetric.

We just published an end-of-year roundup with our 2013 Top 100 list (we’re still buzzing from all the attention it received!), but we still have a few more of our experiences to share before we say goodbye to 2013. Life in the office has been very busy, and our development team worked hard on a variety of projects this year. We started working on some new and exciting products (details to follow in the new year) but we also continued to strengthen our data with new sources. We launched our re-designed website, along with several great features, including a text-mining mechanism for tracking mentions of research in the news, better context for Altmetric scores, enhanced Twitter insights, e-mail alerts, and even YouTube video support. We also worked to improve our free Bookmarklet and brought out a free Altmetric badge plugin for WordPress bloggers.

We took a dip into scholarly activities as well. We provided data to researchers at the the University of Wolverhampton and the University of Montreal (published in this article and this one), and also presented a research poster in collaboration with staff members at Médecins Sans Frontières/Doctors Without Borders (MSF). Euan and Jean authored 2 articles – one article appeared in the special issue of the Bulletin of the ASIS&T, and the other was published in UKSG Insights.

Our work took us on the road quite a bit, and our team members traveled to many places around the world. At various times, we found ourselves in Australia (Symplectic User Conference), Brazil (SciELO 15), USA (PLOS ALM Workshop, 2013 Digital Library Federation Forum, 2013 Charleston Conference, SciFoo Camp, and more), Canada (Open Repositories, World Social Science Forum), Spain (International School on Research Impact Assessment), Switzerland (OAI8 Workshop), and of course all around the UK (ALPSP International Conference,  MSF Scientific Day, SpotOn London, and more)! We met some amazing people, had the honour of attending/sponsoring/speaking at some great events, and participated in great discussions about re-thinking research impact. 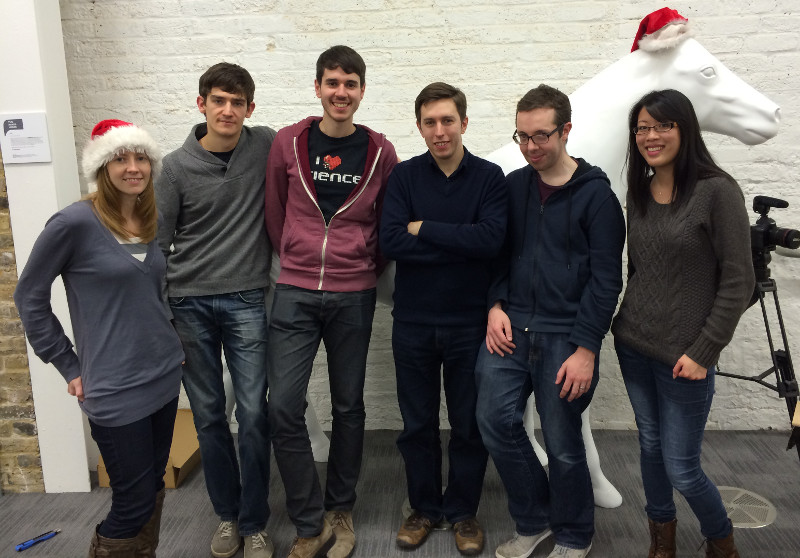 If not for the efforts of our talented team, we wouldn’t be where we are now. This year, we welcomed 2 awesome new additions (and even a new mascot) to the Altmetric team. Last month, Catherine Chimes joined the team as our new Head of Marketing. (She made her Altmetric blogging debut this week in the most recent news roundup.) In the summer, we welcomed Paul Mucur to our team as our new Chief Technology Officer.

You’ll likely see some more new faces in the new year, too, as we have been actively seeking to hire new developers. 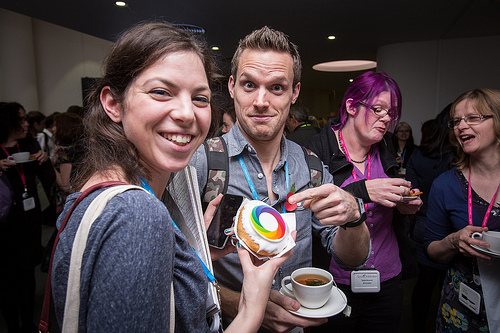 Our real-life Altmetric donuts got a lot of love at SpotOn London 2013! Photo credit: Jason Wen

Publishers embraced altmetrics in a big way in 2012. Last year, we saw our data integrated into Nature.com, Cambridge University Press, BioMed Central, and others. There was continued momentum in 2013, and we are extremely pleased that our badges and donuts have made it onto more journal platforms. Some of the publishers that adopted Altmetric into their journals include the Royal Society of Chemistry, the American Mathematical Society, the BMJ Group, and Elsevier among others.

We have been especially thrilled by the response to our free services for librarians and institutional repositories, which we detailed on our blog back in February. There was a lot of interest from librarians, who were keen to get free librarian access to the Altmetric Explorer. Moreover, dozens of different universities from around the world have now integrated our data into their open access repositories; these repositories include LSE Research Online (London School of Economics) and Enlighten (University of Glasgow).

Popular posts on the Altmetric blog

Since our blog was first launched in September 2012 with the Interactions series, we have published 93 posts (including this one). Many of our journalistic-type blog posts from 2013 received a great deal of attention, especially on Twitter. Our interview with the authors of the most popular paper on the Internet was incidentally very popular itself (particularly amongst researchers), as was our post on social media use by clinicians (which made a splash in the online medical community). Additionally, the research community, which often makes use of the #icanhazpdf hashtag, was fascinated by the stats we showcased in our blog post about the subject.

Two posts by our founder, Euan, were also highly read and shared. In August, Euan responded to and explained some common criticisms of altmetrics (“Broaden your horizons: impact doesn’t need to be all about academic citations“); this post was widely shared on Twitter. Another thoughtful post in September addressed the issue of gaming metrics (“Gaming altmetrics”) and also sparked some really interesting discussions.

We’ve come a long way this year, and we’re thankful for all the support and feedback that we’ve received from our users. 2014 is shaping up to be a big year for us, as we’re planning to add some more sources (including peer reviews from sites such as Publons and Peerage of Science), bring some great guest content to our blog, and introduce our new products. More formal announcements are forthcoming…

For now, we’ll wish you all the best during the holidays and leave you with some of our favourite (and very kind) tweets about Altmetric from 2013:

Looking forward to the day I can put altmetric measures on my cv and have everyone who reads it know what they mean! I am a fan. @altmetric

@KR_Barker Thanks for increasing my awareness of altmetrics. Words can’t express (character limit or not) my fondness for Altmetric Explorer

See you again in the new year!

Feeling festive in the @altmetric office today, thanks to our 2013 year-end review blog post! http://t.co/KNEmAxRLEL http://t.co/uVbgOyaCjR

A round up of 2013 from @altmetric http://t.co/zRgKdjULQe (including those #solo13 donuts!)

This blog quotes my earlier tweet about how fond I am of @altmetric Altmetric in 2013: Year-End Review - http://t.co/wtZbwlPSHu