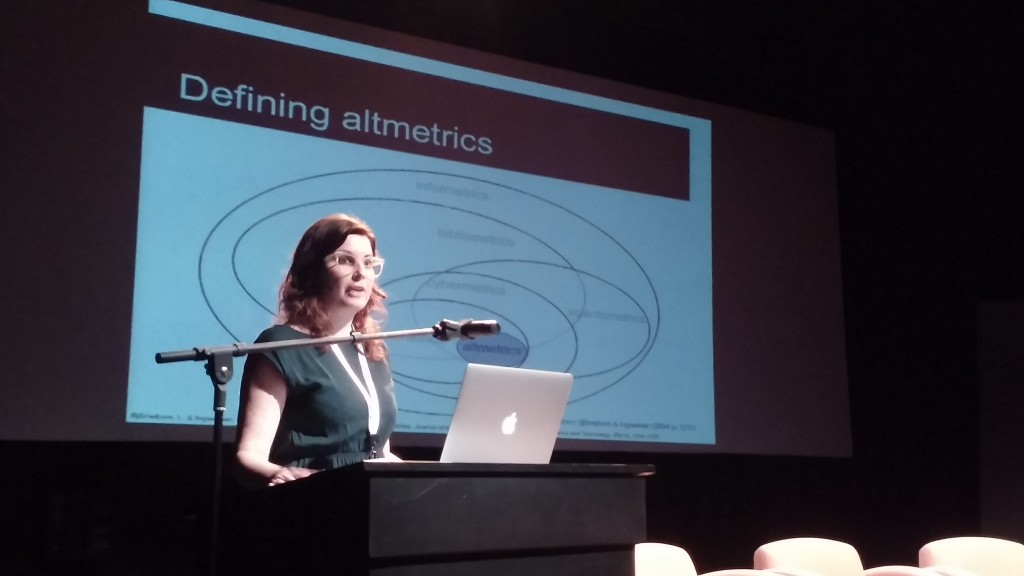 Let me be the first to say it: we’ve been needing a reality check on altmetrics for some time now.

Too many people still confuse altmetrics with social media “buzz” alone. Critics denounce the movement for “trying to replace” traditional metrics. Everyone else seems to be concerned with how well altmetrics do (or do not) correlate with citations. Few are concerning themselves with whether or not altmetrics (as they are currently offered by the major altmetrics services) are meeting the needs of rank-and-file researchers.

Academia is overdue for some good old fashioned “real talk” on altmetrics.

It was with that in mind that Robin Champieux (OHSU) and I conceived of a panel for the Force 2016 conference, which we titled “Altmetrics and my career: real barriers or limitations of our minds?” We wanted to move past the simplistic debates on what altmetrics are and instead hear from researchers themselves on a) what the scientometrics research community has (so far) proven altmetrics to be, and b) how researchers are actually using these metrics (and other metrics) for professional advancement. Force 2016 was a fantastic place to have this discussion, as it is a meeting that’s filled with the best and brightest thinkers in scholarly communication.

The panel’s lineup included Stefanie Haustein (University of Montreal), an altmetrics researcher who gave us the scoop on what these metrics can (and cannot) tell us; Heather Coates (IUPUI), a librarian who discussed how she uses altmetrics to demonstrate engagement and impact as a practitioner-scholar; and Holly Bik (NYU/UC Riverside), a computational biologist who has used altmetrics to showcase the value of open science.

We’ve captured the Twitter stream from this event below to recap the rich discussion that our panelists prompted. Each speakers’ presentations are linked below, as well.