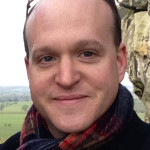 Altmetric Product Specialist Ben McLeish recently attended an Altmetrics workshop hosted at the Carol Davila University Bucharest. Here he reports on what took place and what he took away from the day:

On February 18th 2015 Carol Davila University Bucharest held an event dedicated to the emerging field of alternative metrics. The event was organized and introduced by Cristina Huidiu, one of Carol Davila’s librarians and a metrics expert all by herself. You can catch up on comments from the event on the #altmetricsWHO hashtag on Twitter.

The four-hour overview of the now burgeoning and varied field included appearances by Mike Taylor of Elsevier who is mid-PhD on the subject, Peter Porozs, also of Elsevier, who was there to present an overview of SciVal’s latest developments, and Victor Velter, a Romanian government official who has been active in the field of scientometrics for some twenty years. Victor spoke at great length (although, unfortunately for me, in Romanian) on his view of metrics and scholarly work. I was also in attendance to give an overview of Altmetric’s own institutional offering.

By way of introducing the event, Cristina gave an overview of what traditional scholarly metrics are. Article citation counts, impact factors and the h-index were all explained along with many others. Mike then gave an illuminating talk on the field of alternative metrics. He explained what they are, and what his work at Elsevier has allowed him to research in the last few years. I followed him, and took the audience through what Altmetric has been doing to gather data from news, blogs, social media, grey literature and the many other sources, and aggregate these at not only an article level, but at an institutional level. 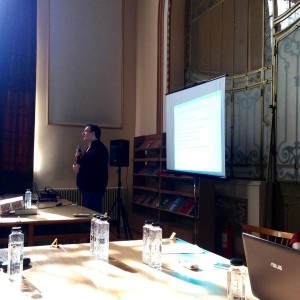 Even though the adoption of altmetrics for institutional research evaluation is presently in its early stages in Romania, the questions from the audience following my talk were well-focused.

“Alternative metrics are only alternative to the existing methods of quantification – these aren’t complete replacements for traditional metrics.”

How, asked one audience member, are we to allow altmetrics to gain traction as an accepted method of research evaluation when authors are still required to publish in high-impact journals (which are high-impact on account of their traditional metric of impact factor and article citation counts)? I explained that it’s important to remember that alternative metrics are only alternative to the existing methods of quantification – these aren’t complete replacements for traditional metrics. Instead, we are filling a gap between publication and the ultimate citations and impact factors which will only be available in years to come. This gap exists now, and so altmetrics are already useful to tell a story about the broader impacts and conversation surrounding a piece of research.

“We are filling a gap between publication and the ultimate citations and impact factors which will only be available in years to come.”

Peter Porosz of Elsevier began his SciVal talk with a very entertaining video of Hungarian visual artist Istvan Banyai, whose animated piece “Zoom” is a meditation on shifting context. Check out the 5 minute animation on Youtube.

One of the most powerful aspects of altmetrics is the ability to gather more information about the context of a discussion surrounding an article, rather than just flat numbers devoid of detail. We have previously blogged about articles gaining unwanted attention, demonstrating how high Altmetric scores don’t confer higher quality to a piece of research; in fact it can sometimes be quite the opposite. This angle of context really helped the audience understand that altmetrics are more than just numbers, they are the organized effort to present and allow interpretation of metrics which are produced when users interact with research online.

The event gathered a lot of very positive feedback from those who attended. It is always a real delight to see growing interest in the scholarly community to new forms of engagement with the public, and with distributed and open data.

If you are organizing your own event, be sure to let us know so we can spread the word!

7 Responses to “#AltmetricsWHO: A metrics day in Romania”

Post event feedback from one of our guest speakers, Ben McLeish from Altmetric http://t.co/kEgNL8Qcbt

#altmetrics are useful to tell a story about the broader impacts and conversation surrounding a piece of research. http://t.co/WbeYrrebGo