Without further ado, here are the most popular academic papers in April 2016.

Paper #1. If you aren’t rich, where you live affects how long you’ll live. 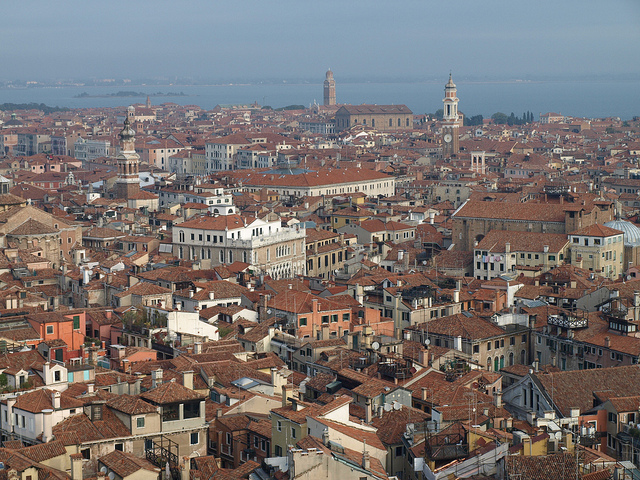 The researchers obtained income data from 1.4 billion de-identified tax records between 1999 and 2014, and mortality data from Social Security Administration death records. They found that higher income is associated with greater longevity, but also that life expectancy for low-income individuals depends on various characteristics of a geographical area, such as whether people tend to smoke in the area, the fraction of immigrants and college students in the area, and government expenditures in the area.

Over 200 news outlets and 30 blogs covered the study. Vox headlined, “Want to live longer, even if you’re poor? Then move to a big city in California.”

The authors have a few hypotheses for why living in these cities might be beneficial. Perhaps these cities pass more aggressive public health policies — California, for instance, has been a national leader on smoking bans, and New York led the way on cutting trans fats. Perhaps there’s more funding for public services in these cities, though it’s hard to say which public services would be leading to these gains in low-income life expectancy. – Ezra Klein

The New York Times’ Editorial Board published an editorial related to the study, titled “Geography’s Role in the Life Expectancy of the Poor.”

Researchers long ago found that the rich tend to live longer than the poor. What’s striking about the new research, which was published last week in The Journal of the American Medical Association, is that where people live also makes a big difference. For example, 40-year-old New Yorkers who are in the bottom 25 percent of Americans by income have a life expectancy of 81.8, while 40-year-old Detroit residents in the bottom 25 percent have a life expectancy of 77.7. There are several possible explanations for these gaps, but the study shows that where local government spending is higher, there is clearly a higher life expectancy for the poor. – New York Times

The study, because it uses secondary data to associate income levels with mortality rates, doesn’t even come close to demonstrating that different income levels or geographical regions actually cause greater mortality. But the data does point to a growing life-expectancy inequality based on income, geography and associated variables.

Check out this interactive map of the data provided by the New York Times. 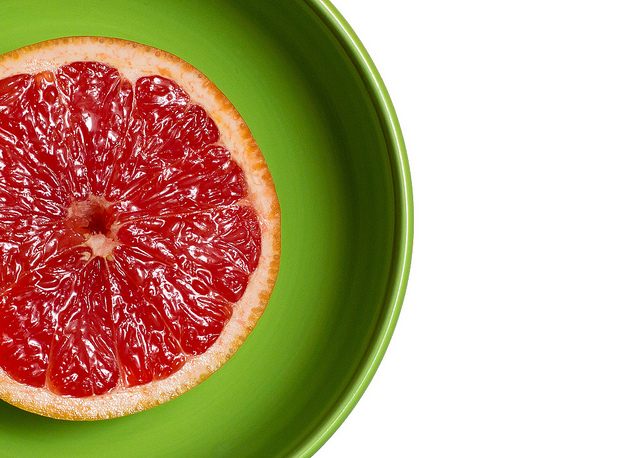 Our second High Five paper is another “Big Trends” piece. “Trends in adult body-mass index in 200 countries from 1975 to 2014” appeared in The Lancet in early April.

Using a vast number of population-based data sources, the researchers found that given current trends, by 2025 “global obesity prevalence will reach 18% in men and surpass 21% in women” while “underweight remains prevalent in the world’s poorest regions, especially in south Asia.”

Nearly 200 news outlets picked up the study, which was also mentioned by over 1,600 users on Twitter. Many news outlets featured the tagline that “More People Are Now Obese Than Underweight, Study Finds.” Science News headlined, “Global obesity rates continue to climb.”

Against the trend of steadily rising weight, women in some countries had virtually no increase in BMI over the 40 years – in Singapore, Japan, and a few European countries including Czech Republic, Belgium, France, and Switzerland.

However, the study did contain some more positive points, according to Science News.

[A]verage life expectancy also jumped: from less than 59 years to more than 71 years, George Davey Smith points out in a comment accompanying the new study. Smith, an epidemiologist at the University of Bristol in England, boils the data down to a single, seemingly paradoxical sentence: “The world is at once fatter and healthier.” – Meghan Rosen, Science News

Paper #3. The Race of Melting Ice 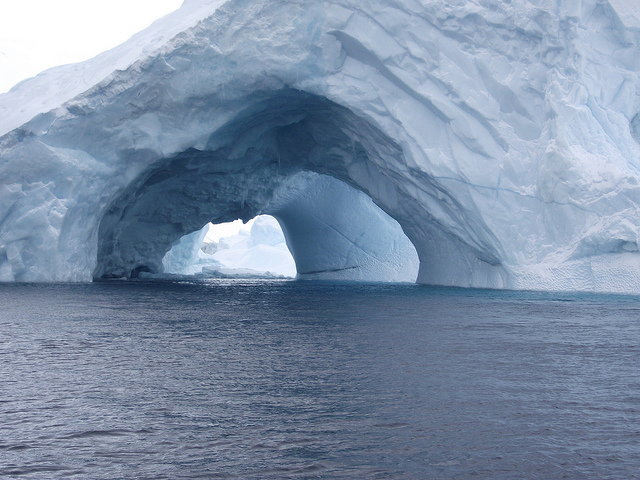 Our third High Five paper is “Contribution of Antarctica to past and future sea-level rise,” published in Nature at the end of March, 2016. Researchers from the University of Massachusetts and Pennsylvania State University report that according to a model coupling ice sheet and climate dynamics, “Antarctica has the potential to contribute more than a metre of sea-level rise by 2100 and more than 15 metres by 2500, if emissions continue unabated.” It’s all about ice and ocean warming.

The study made a big splash in the media. Nearly 200 news outlets and over 35 blogs covered the study. A National Geographic article headlined “Antarctic Ice-Sheet Collapse Could Trigger Rapid Sea-Level Rise.”

The study findings are based on new computer simulations showing that warming of the atmosphere and the oceans makes the ice sheet vulnerable from above and below. By the 2050s, according to the simulations, the ice sheet would begin disintegrating, and parts of the higher, colder ice sheet of the East Antarctica would also eventually fall apart. – Tim Profeta, National Geographic

Adding Antarctic melt to other sources of sea level rise, such as the expansion of warming seawater and melting Greenland ice, the scientists predict that sea levels will rise 1.5 to 2.1 meters by the end of the century. That’s as much as double previous predictions that didn’t incorporate mechanisms that can expedite the Antarctic ice sheet’s collapse, though uncertainties remain, says study coauthor David Pollard, a paleoclimatologist at Penn State. – Science News

Paper #4. For Dinosaurs, a Long Decline 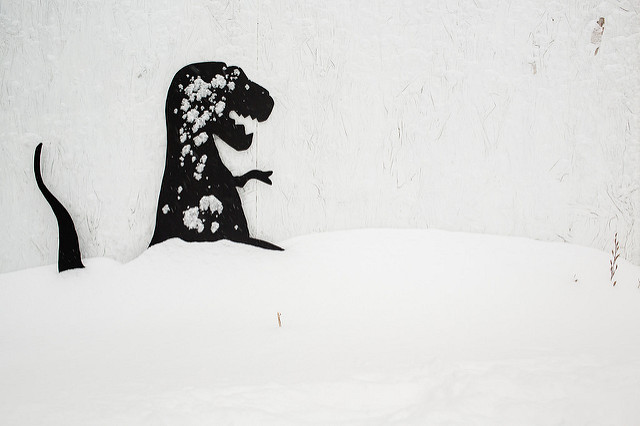 Our next High Five paper also investigates “Big Trends” in history. This time, it’s about the decline of the dinosaurs. The paper, “Dinosaurs in decline tens of millions of years before their final extinction,” appears in PNAS.

Whether dinosaurs were in decline before their final extinction 66 Mya [million years ago] has been debated for decades with no clear resolution. This dispute has not been resolved because of inappropriate data and methods. Here, for the first time to our knowledge, we apply a statistical approach that models changes in speciation and extinction through time. We find overwhelming support for a long-term decline across all dinosaurs and within all three major dinosaur groups. Our results highlight that dinosaurs showed a marked reduction in their ability to replace extinct species with new ones, making them vulnerable to extinction and unable to respond quickly to and recover from the final catastrophic event 66 Mya. – Sakamoto, Benton and Venditti, 2016

Over 200 news outlets and a dozen blogs covered the study. The Washington Post headlined, “A new theory for dinosaur extinction: 50 million years of whimpering, then a bang.”

What killed the dinosaurs? It’s a question scientists are still trying to answer, and the case isn’t going to be closed anytime soon. But a study published Monday in the Proceedings of the National Academy of Sciences provides a new twist: According to the new research, dinosaurs may have been on a long, slow decline for tens of millions of years before the dramatic event that did them in for good. – Rachel Feltman, The Washington Post

“While the asteroid impact is still the prime candidate for the dinosaurs’ final disappearance, it is clear that they were already past their prime in an evolutionary sense,” Dr. Manabu Sakamoto, lead study author, said in a University of Bristol statement.

Ed Yong wrote a great piece about the study for The Atlantic, “The Long Decline of the Dinosaurs.” Yong explained that this study is unique not in counting number of species throughout time (a methodology that has issues), but counting speciation events, or the rate at which news species emerged and older species disappeared from the fossil record.

This isn’t to say that the dinosaurs were going extinct before the asteroid impact, but they were getting more vulnerable and susceptible to mass extinction says Sakomoto. – Ed Yong, The Atlantic 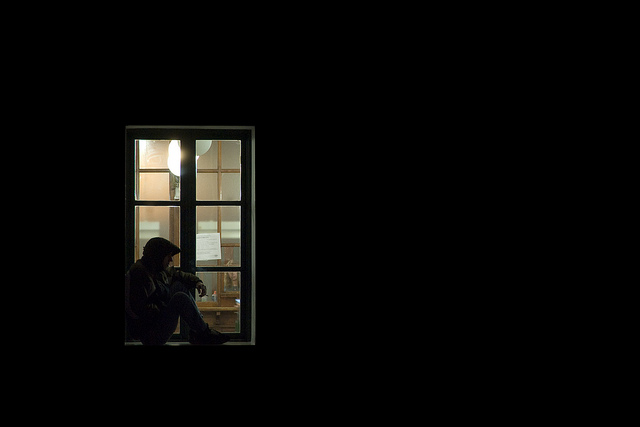 Our final High Five paper is “Loneliness and social isolation as risk factors for coronary heart disease and stroke,” published in Heart, a BMJ journal, this month. The open access paper describes a systematic review and meta-analysis in which researchers find that “deficiencies in social relationships are associated with an increased risk of developing CHD [coronary heart disease] and stroke.”

In findings which compared the effects of loneliness with recognized risk factors, such as anxiety and a stressful job, researchers said that their analysis backed up public health concerns about the importance of social contacts for health and wellbeing. The pooled data showed that loneliness and social isolation was associated with a 29% increased risk of a heart or angina attack and a 32% heightened risk of having a stroke. – Ben Quinn, The Guardian.

The study is observational and thus cannot prove any cause and effect relationships between loneliness and heart disease. But there does appear to be some correlational relationship between the two.

What do you think of these big trends? Tweet us @altmetric and @fromthelabbench.