Welcome to the Altmetric High Five for April! On a monthly basis, my High Five posts examine a selection of the most popular research outputs Altmetric has seen attention for that month.

This month’s papers describe high-impact findings that have to potential to change our perspectives on various scientific issues and questions. But some of these findings are controversial, and often require more evidence if they are to be paradigm shifts in our understanding of the world. 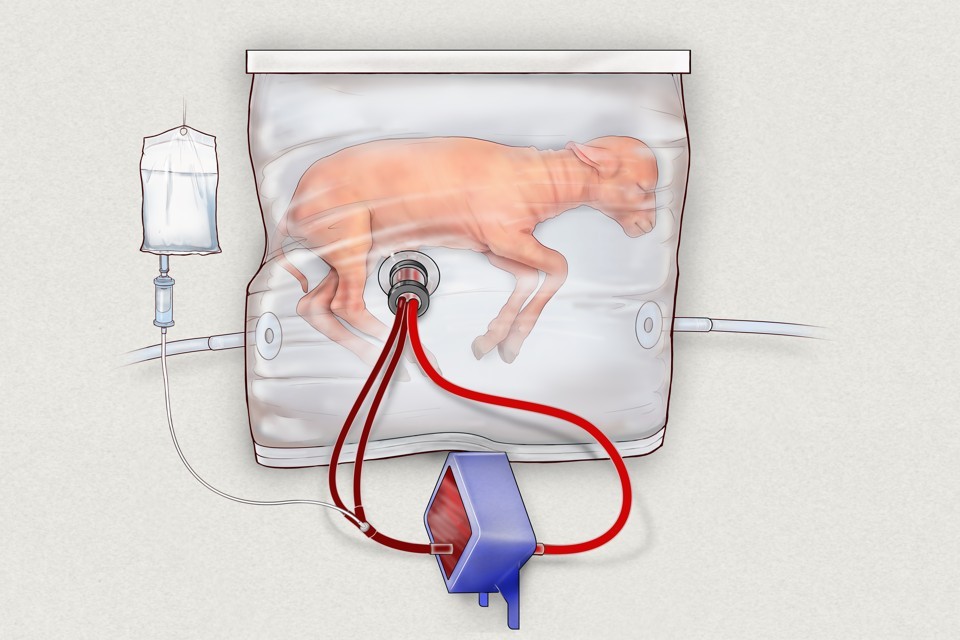 Our first High Five paper is “An extra-uterine system to physiologically support the extreme premature lamb,” published in Nature Communications this month. You might have seen a viral video circling around social media this month with headlines such as “lamb being grown inside a plastic bag,” based on this study. The reality isn’t quite so macabre, but has applications in premature birth. The article describes “the development of a system that incorporates a pumpless oxygenator circuit connected to the fetus of a lamb via an umbilical cord interface that is maintained within a closed ‘amniotic fluid’ circuit that closely reproduces the environment of the womb.”

“We show that fetal lambs that are developmentally equivalent to the extreme premature human infant can be physiologically supported in this extra-uterine device for up to 4 weeks.” – Partridge et al. 2017

Nearly 350 news outlets covered the study. The Washington Post headlined, “This plastic bag, an artificial womb, could some day save extreme preemies.”

“[O]utlined in a preclinical study published Tuesday in the journal Nature Communications, researchers at Children’s Hospital of Philadelphia have made great strides in creating an artificial womb for critically preterm babies that could allow them to continue to develop naturally outside of their mothers’ uteruses. […] Researchers successfully tested the device on eight lamb fetuses that were 105 to 115 days old, which is similar in development to a 23-week-old human fetus.” – Travis Andrews, Washington Post

As some researchers quoted by other media outlets have pointed out, however, many obstacles remain to testing this technology in human clinical applications. The technology is also limited to helping well-developed fetuses – so no growing babies in bags.

“Technical and biological hurdles would prevent doctors from using an artificial womb to rescue premature babies younger than about 23 weeks.” – ScienceNews

“But before being tested on human infants, any new device will have to make it through more animal trials to demonstrate its safety for testing in humans. It would also have to be adapted to human babies, which are less than half the size of the lambs in the study. Both teams say that their devices could be ready for such tests in three to five years.” – Erika Engelhaupt, NatGeo 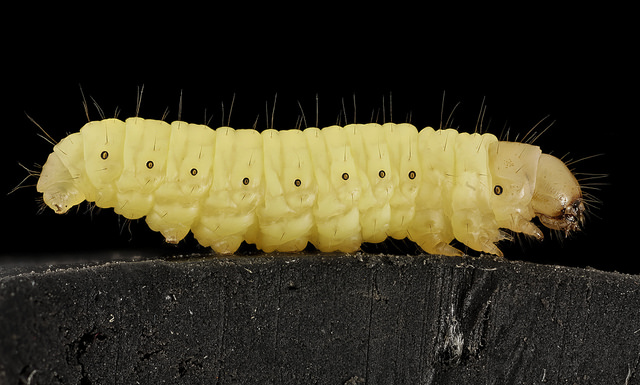 Over 200 news outlets covered the study, with headlines such as “The Lowly Wax Worm May Hold The Key To Biodegrading Plastic.” With humans using more than a trillion plastic bags every year, the idea that a type of caterpillar, or the wax worm, could help degrade these bags is promising. However, while the worms may chemically break down plastic, they may also produce harmful byproducts in the process. The worms also couldn’t survive in large landfills. But if researchers could identify the enzyme the worms use to break down the polyethylene, they might be able to produce a plastic-dissolving extract.

“Like many beekeepers, [Federica] Bertocchini [a developmental biologist at the University of Cantabria in Spain] must pluck pesky wax worms, a type of moth larvae that feed on beeswax and, if left to their own devices can munch through an entire hive. One day while de-worming her hives, she tossed the worms into an old grocery bag and left it outside. An hour later she picked up and inspected the bag and noticed small holes in the part where the worms were concentrated. While Bertocchini is not a bug expert, she says her background in biochemistry led her to hypothesize that the worms were consuming the plastic bag, which was made of polyethylene—one of the most widely used types of plastics in the world.” – Erica Cirino, NatGeo

“Whether or not wax-worm solvents will be developed and mass-produced in the future is yet to be seen. Perhaps it could help get rid of some of the world’s plastic. But, experts say, getting rid of plastic is only one aspect of remediating the world’s plastic problem. The best way to cut down on the pollution is to stop producing and using plastic products.” – Erica Cirino, NatGeo 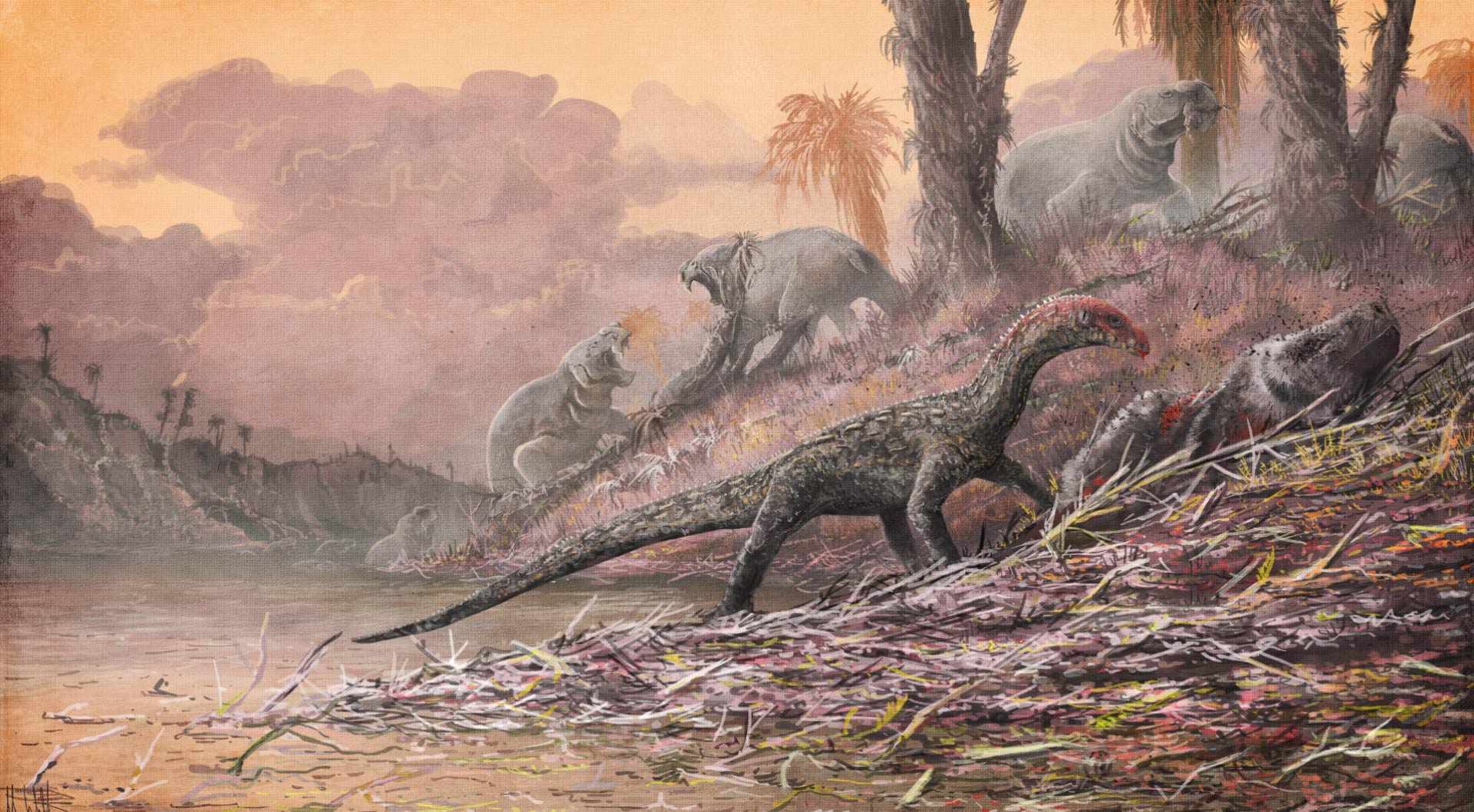 Our third High Five paper is “The earliest bird-line archosaurs and the assembly of the dinosaur body plan,” published in Nature this month. The study describes a new clade of early dinosaur relatives that may better model the origin of dinosaurian features. Dinosaurs belonged to a larger group of organisms called archosaurs, which millions of years ago split into two branches: crocodilians, and the group we are familiar with today as including both dinosaurs and birds.

“Researchers on Wednesday described fossils of a long-necked, four-legged, meat-eating reptile called Teleocrater rhadinus. It reached up to 10 feet long and prowled across what is now Tanzania, in East Africa, about 245 million years ago. […] Teleocrater is the oldest-known member of the dinosaur-pterosaur-bird branch. […] Scientists had expected such a dinosaur forerunner to be a smallish, two-legged predator. Although dinosaur predators had two legs, the teleocrater instead was four-legged. It looked similar to a Komodo dragon, a large lizard that lives in Indonesia.” – Reuters, via The Washington Post

Study co-author Richard Butler wrote about the discovery in an article published at The Conversation:

“Unlike some advances in palaeontology, our work wasn’t based on the discovery of a single new fossil but instead involved piecing together evidence from several specimens. These fossils come from the southern part of Tanzania, in East Africa, and are from rocks of the Middle Triassic age, dating to around 245m years ago. They include an incomplete skeleton in the collections of the Natural History Museum in London, which was discovered in the early 20th century, as well as much more recent discoveries made by my US and South African colleagues. Together, these important fossils allow us to reconstruct Teleocrater as a predator between two and three metres long that probably walked on four legs, and was rather Komodo dragon-like in appearance. It was certainly very different to the tiny, fast-running bipeds normally associated with dinosaur origins.” – Butler, The Conversation

“[D]uring the supposed ‘age of crocodilians,’ the early members of the dinosaur bird lineage were also physically diverse, widespread, and successful. ‘It’s not that the dinosaurs suddenly took over,’ says [Michelle] Stocker [a study co-author]. ‘They and the croc lineage are both living together in the Triassic, and represent the same range of forms.’” – Ed Yong, The Atlantic 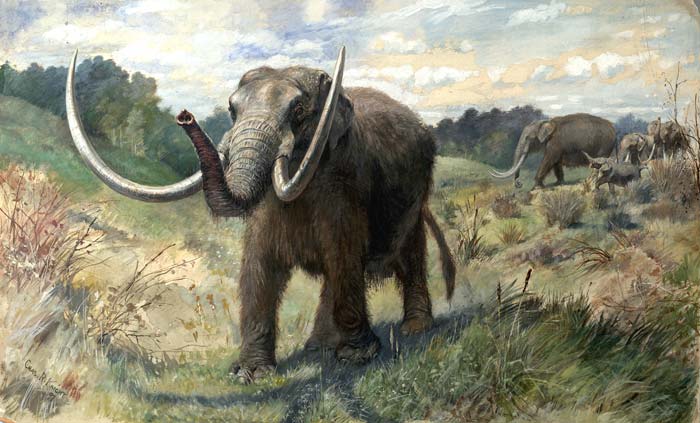 Our forth High Five paper is “A 130,000-year-old archaeological site in southern California, USA,” published in Nature this month. The study describes the discovery of an archeological site that is the oldest well-documented site in North America and that “substantially revises the timing of arrival of Homo into the Americas.”

“In an announcement, sure to spark a firestorm of controversy, researchers say they’ve found signs of ancient humans in California between 120,000 and 140,000 years ago—more than a hundred thousand years before humans were thought to exist anywhere in the Americas. […] To be clear, the [research] team has not found human bones at the site. But as Deméré and their colleagues tell it, their evidence—a mastodon skeleton, bone flakes, and several large stones—shows that the area was a ‘bone quarry,’ where an unknown hominin allegedly smashed fresh mastodon bones with stone hammers, perhaps to extract marrow or to mine the skeleton for raw materials.” – Michael Greshko, NatGeo

Nearly 200 news outlets covered the study, which also gained lots of attention on Twitter and other social media networks. The study sparked controversy within the scientific community, however, about whether the evidence at the archeological site actually points to the presence of human ancestors or not.

“The extraordinary claim, made about a prehistoric bone bed under what is now a highway outside modern-day San Diego, would set back the age of the first human ancestors in the Americas by more than 100,000 years. […] [The] age [of the mastodon bones found at the site] is not surprising, as the site was known to be a home for ancient mastodons, a marsh full of animals near a pleasant stream. Far more remarkable is the scientists’ claim that rocks collected alongside the bones were hammers and anvils used by prehistoric humans to butcher game.” – Dan Vergano, BuzzFeed

Did human ancestors actually live in North America 130,000 years ago? Further evidence is needed to make that claim. 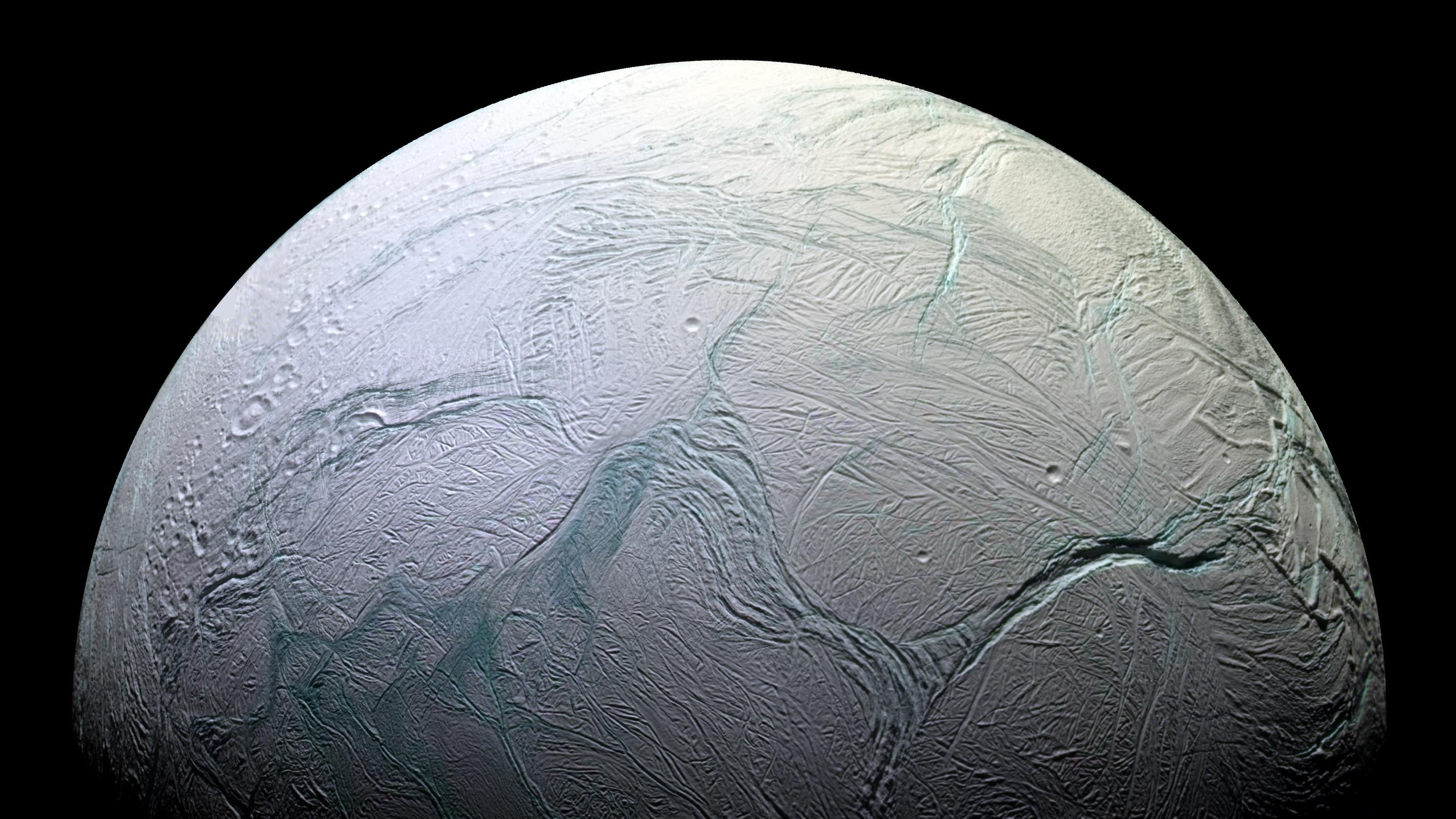 Paper #5: Could Life Be Hiding on Saturn’s Moon Enceladus?

Our final High Five paper is “Cassini finds molecular hydrogen in the Enceladus plume: Evidence for hydrothermal processes,” published in Science this month. The study provides exciting evidence of hydrothermal processes on Saturn’s moon Enceladus, and thus potential sources of chemical energy that could sustain life.

“Saturn’s moon Enceladus has a subsurface ocean covered by a layer of ice. Some liquid escapes into space through cracks in the ice, which is the source of one of Saturn’s rings. In October 2015, the Cassini spacecraft flew directly through the plume of escaping material and sampled its chemical composition. Waite et al. found that the plume contains molecular hydrogen, H2, a sign that the water in Enceladus’ ocean is reacting with rocks through hydrothermal processes (see the Perspective by Seewald). This drives the ocean out of chemical equilibrium, in a similar way to water around Earth’s hydrothermal vents, potentially providing a source of chemical energy.” – Waite et al., 2017

“Researchers report Thursday in the journal Science that the jets of ice and gas coming from the moon’s south pole contain molecular hydrogen, a chemical characteristic of hydrothermal activity. On Earth, hydrogen provides fuel for communities of organisms that live around vents on the seafloor. Its presence on Saturn’s icy moon suggests that this alien world, which harbors a saltwater ocean encased in a frozen crust, has the right conditions to give rise to microbial life.” – Sarah Kaplan, Washington Post

Unfortunately, Cassini won’t collect any additional data from the moon itself that could confirm the presence of microbial life, but future missions might be able to tell us more.

“Any new mission to Enceladus will need to look for direct signs of life, such as amino acids – the building blocks of proteins – and for other geochemical signatures in the plumes.” – Kelly Oakes, BuzzFeed News

“The risk is that once its fuel runs out and we lose control, in years to come it may crash into Enceladus and potentially contaminate the icy moon with earthly bacteria. So in the interests of ‘planetary protection’, Cassini will be deliberately plunged into Saturn’s atmosphere to burn up and be destroyed.” – Lewis Dartnell, astrobiologist and professor of science communication at the University of Westminster, quoted by BuzzFeed News