Welcome to Altmetric’s “High Five” for August, a discussion of the top five scientific papers with the highest Altmetric scores this month. On a monthly basis, my High Five posts examine a selection of the most popular research outputs Altmetric has seen attention for that month.

The theme this month (determined by the articles that have see the most attention) appears to be health and systematic reviews. 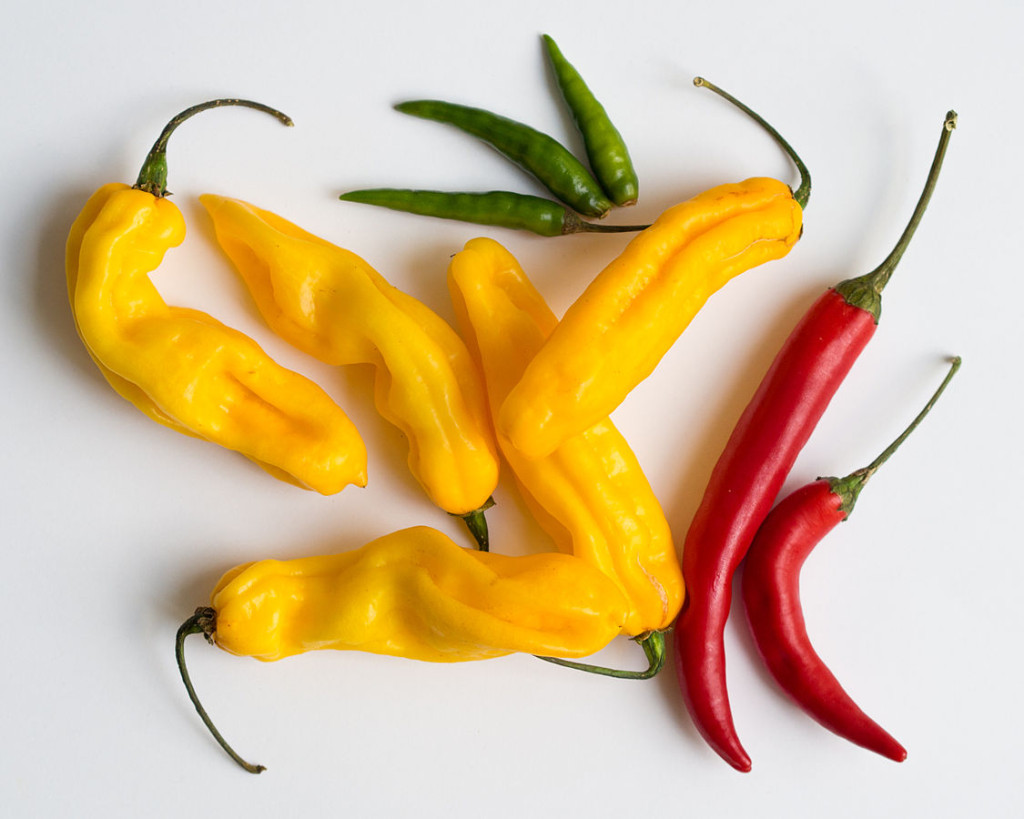 Paper #1. Is spicy food really the “spice of life”?

They found that people who ate spicy foods one or two days per week had a 10% reduced risk of overall mortality, compared to those who had a spicy meal less often than once per week. Eating spicy food more than two days per week was only linked to a slight additional increase: Those who ate spicy foods three to five times and six to seven times per week all had a 14% reduced risk of dying. People who didn’t drink alcohol seemed to have the most benefit. – Mandy Oaklander, Time

The study was picked up by at least 38 news outlets and mentioned by over 1,200 tweeters. Many outlets quickly drew a causal link between eating spicy foods and longevity. However, a few outlets did a decent job highlighting the results without sensationalizing them.

As the study, published in the BMJ on Tuesday, was observational, conclusions could not be drawn about cause and effect but the team of international authors, led by researchers at the Chinese Academy of Medical Sciences, suggested that more research could lead to dietary advice being updated. Experts warned that the study did not provide evidence to “prompt a change in diet”. – Haroon Siddique, The Guardian

As with all studies that find a correlation between two factors, there are a few caveats. First, those who didn’t consume alcohol had a higher protective effect. Second, those who enjoy spicy foods may also have other beneficial dietary and lifestyle habits that the analysis could not tease out. Third, the link could be the other way around. People with propensity to get diseases may dislike spicy foods more. – Akshat Rathi, Quartz

But despite the limitations of the study, the findings point to potential benefits from chilli and its “spicy” compound capsaicin.

The good news for those of us who enjoy spicy food is that there doesn’t seem to be a downside to eating spicy food. So enjoy that curry, but maybe skip the pint of beer. – Akshat Rathi, Quartz

Listen to one of the study authors talk about the study, and how he himself enjoys spicy food, here. 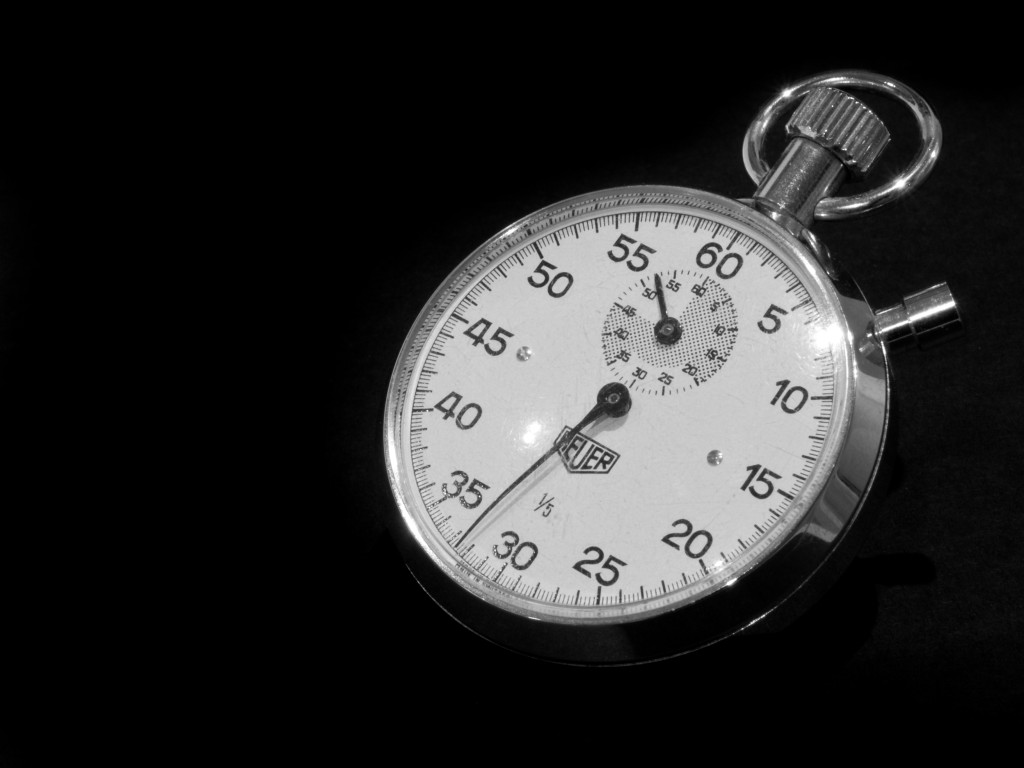 Paper #2. All work and no play

Our next High Five paper was published in The Lancet this month: “Long working hours and risk of coronary heart disease and stroke: a systematic review and meta-analysis of published and unpublished data for 603 838 individuals.”

Through a systematic review of published and unpublished studies, Mika Kivimäki and colleagues found that working long hours (for example working more than 55 hours a week) is associated with an increased risk of incident coronary heart disease and especially stoke. They found that “individuals who work 55 h or more per week have a 1·3-times higher risk of incident stroke than those working standard hours.”

Employees who work long hours have a higher risk of stroke than those working standard hours; the association with coronary heart disease is weaker. These findings suggest that more attention should be paid to the management of vascular risk factors in individuals who work long hours. – Summary, Mika Kivimäki et al. 2015

The study was covered by over 40 news outlets and a handful of blogs. These included the Washington Post, “Working more than 55 hours a week is bad for you–in many ways,” the BBC, “Stroke ‘more likely’ with long hours,” and The Guardian, “Working longer hours increases stroke risk, major study finds.” The study results are limited, however, in that they are based on correlational data and don’t take family blood pressure history and the effects of cholesterol into account (stroke is also related to high blood pressure).

Previously, we found that long working hours was associated with diabetes, but only among those with low socioeconomic status. In contrast, the association with stroke was seen in all groups. – Mika Kivimäki, study author, to the Huffington Post

People need to be extra careful that they still maintain a healthy lifestyle and ensure their blood pressure does not increase. – Mika Kivimäki, to the BBC

Akshat Rathi did a great job covering the study and its implications for Quartz:

One cause of stroke and heart diseases is the increased amounts of stress from extended work hours. Turning to alcohol as a stress reliever makes matters worse. So does the fact that overworked people have fewer hours available for exercise. Sadly, the chances of your employer paying heed to this study aren’t great. According to the OECD, an international think-tank, the share of people working outside of normal hours has been increasing since the 1990s. Across the OECD countries, 12% of men and 5% of women worked more than 50 hours a week. […] The good news is, even a little moderation can go a long way. Cutting work hours to less than 48 hours a week is associated with only a 10% increased risk of stroke, according to the new study. – Akshat Rathi, Quartz 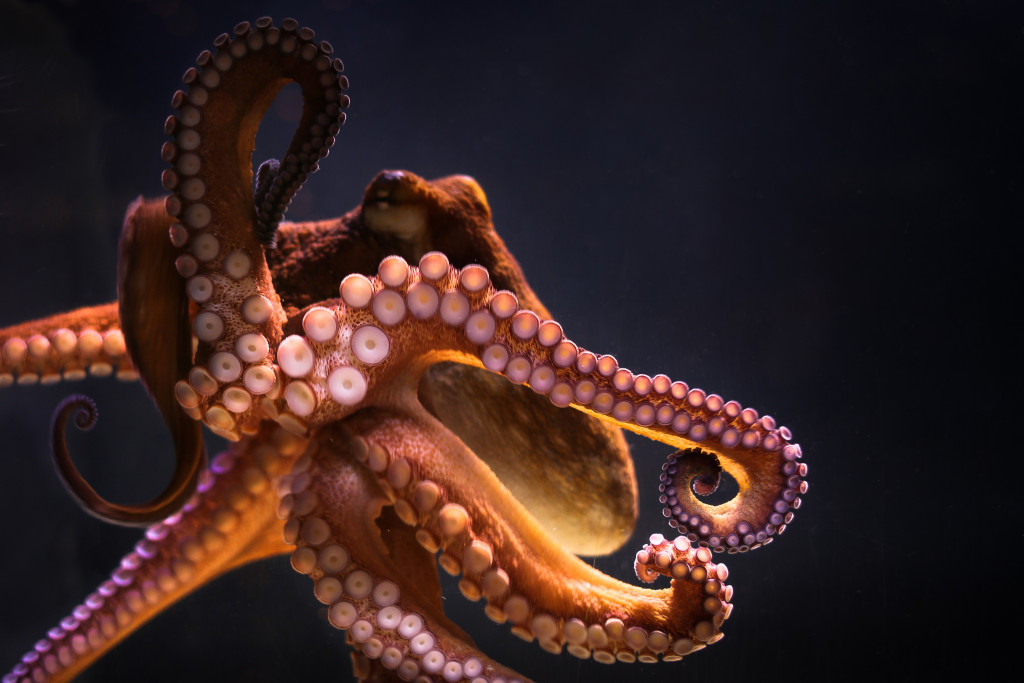 Our next High Five paper is “The octopus genome and the evolution of cephalopod neural and morphological novelties,” published in Nature this month. The study authors sequenced the genome of the California two-spot octopus, Octopus bimaculoides, to investigate the molecular bases of octopus brain and body innovations.

[A] discovery hinted at the basis of an octopus’s intelligence. The genome contains systems that can allow tissues to rapidly modify proteins to change their function. Electrophysiologists had predicted that this could explain how octopuses adapt their neural-network properties to enable such extraordinary learning and memory capabilities. – Octopus genome holds clues to uncanny intelligence, Nature News

Surprisingly, the octopus genome turned out to be almost as large as a human’s and to contain a greater number of protein-coding genes — some 33,000, compared with fewer than 25,000 in Homo sapiens. – The octopus genome and the evolution of cephalopod neural and morphological novelties

More genes than a human! But why should this be a surprise, asks PZ Myers?

The study was covered by a wide range of news outlets – not surprising considering the coolness factor of the octopus, one of the smartest creatures in the ocean. NPR ran the headline, “Octopus genome offers insights into one of ocean’s cleverest oddballs.” Why has it taken so long for scientists to sequence the octopus genome, some might ask? For one, the octopus genome is very large, nearly as large as the human genome, biologist at University of Chicago Carrie Albertin told NPR.

Jan Strugnell and Alvaro Roura did a great job explaining the implications of the study over at The Conversation:

In comparison to other genomes, the scientists note that the octopus genome looks like it has been “put into a blender and mixed”. They show that … transposons [DNA sequences that move locations around the genome (sometimes called “jumping genes”)] play an important role in driving this mixing of the genome. – The genetic blueprint of an octopus reveals much about this amazing creature 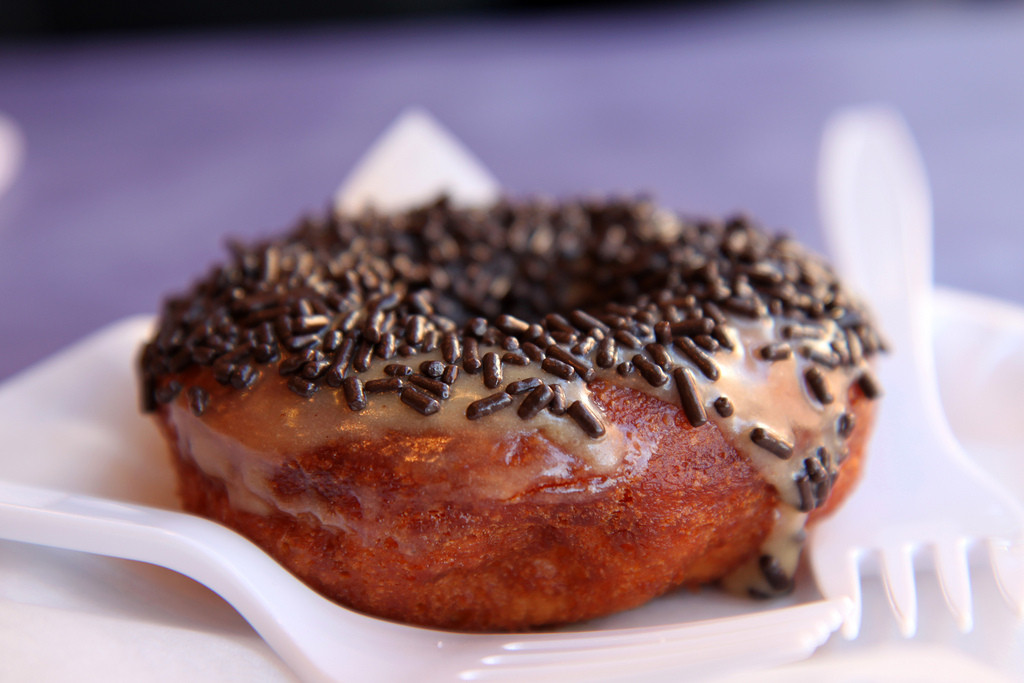 Paper #4. Trans fats are no good: A systematic review and meta-analysis

Our next High Five paper returns to our health theme. A study in the British Medical Journal (BMJ) found trans fats, but not saturated fats, to be linked to coronary heart disease mortality. The study was a systematic review and meta-analysis of observational studies reporting a measure of association between intakes of saturated or trans fat and coronary heart disease, stroke or type 2 diabetes in humans.

While the study found no link between consumption of saturated fats and mortality, Rosemary Stanton writes in The Conversation that we still know relatively little about the actual links between saturated fats and various diseases. 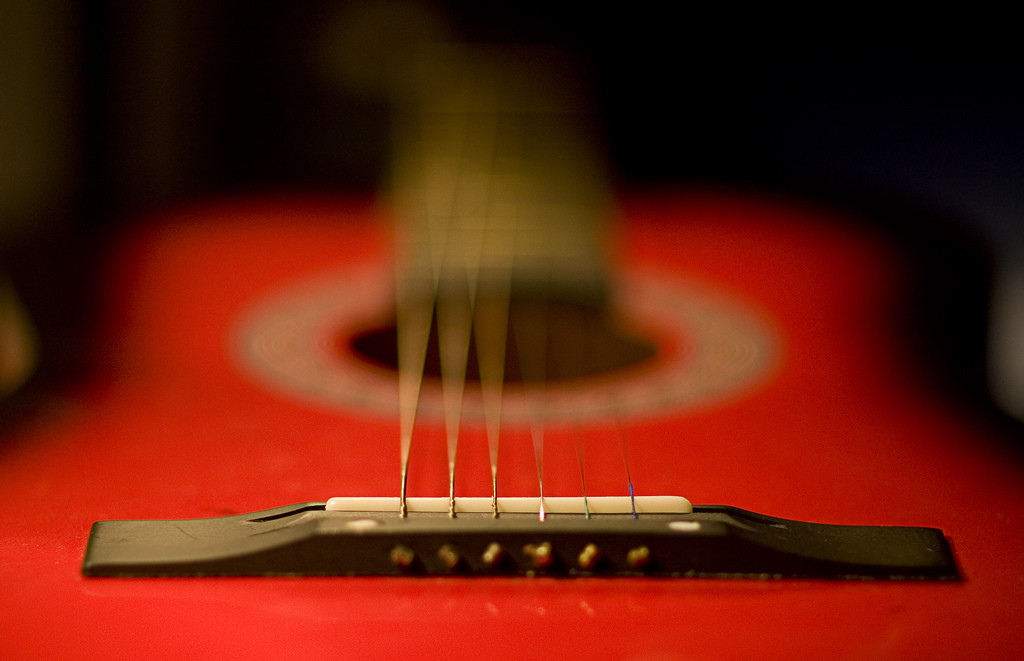 Our final High Five paper is “Music as an aid for postoperative recovery in adults: a systematic review and meta-analysis,” published in The Lancet in August. The authors systematically reviewed published results from randomised controlled trials (RCTs) of adult patients undergoing surgical procedures in which music was used as a form of therapy. They found that music reduced postoperative pain and anxiety, and increased patient satisfaction.

Subgroup analyses showed that choice of music and timing of delivery made little difference to outcomes. Meta-regression identified no causes of heterogeneity in eight variables assessed. Music was effective even when patients were under general anaesthetic. – Music as an aid for postoperative recovery in adults: a systematic review and meta-analysis

The study was picked up by 33 news outlets and over 15 blog sites. It was also extensively tweeted about by members of the public, according to Altmetric data. According to Newsweek, “Music can heal your pain, new study says.”

Catherine Meads, a reader in health technology assessment at Brunel University and the study’s lead author, says hospitals and medical professionals should consider encouraging patients to bring their music players into the theatre with them in order to help ease the pain of surgery. She says music could be used alongside painkillers as a means of postoperative treatment. “It could be a cheap alternative and it also has no side effects. It’s not just the cost of it, but it might actually be better for the patient” than painkillers, says Meads, who was at Queen Mary University when the study was conducted. “It’s not going to replace painkillers but it just might mean that fewer are being used.” – Conor Gaffey, Newsweek

And music doesn’t seem to have any side effects!

9 Responses to “August High Five – A Month for Health News”

August was a big month for health research coverage: http://t.co/wggum7kKIv