Your alarm goes off. You stretch, wearily peel yourself out of bed and head straight for the coffee maker. At least, that’s what hundreds of millions of people do around the world every day. Globally, we drink an estimated 2.25 billion cups of coffee a day, making coffee beans one of the world’s biggest commodities.

But why do we love it so much, and should we be worried about drinking it? According to a review in the New England Journal of Medicine, coffee isn’t quite the villain we once thought. In fact, drinking coffee could have some beneficial health effects.

The review made waves in the news and on social media, resulting in an Altmetric attention score of more than 2,050. The coverage is the latest in a line of media hits for lead author Professor Rob van Dam, Domain Leader (Epidemiology) at NUS Saw Swee Hock School of Public Health in Singapore, whose research on coffee has captured the world’s attention on more than one occasion.

More than a caffeine boost

When we think about coffee, we tend to think of it as what Prof. Van Dam calls a ‘vehicle for caffeine’. We drink it for the buzz, the boost, the focus that caffeine provides. In his Discworld novel Thud! Terry Pratchett wrote, “Coffee is a way of stealing time that should by rights belong to your older self.” It seems to have time-bending properties, thanks to its caffeine content.

But it seems the caffeine isn’t responsible for many of the health benefits coffee has. Prof. Van Dam is from the Netherlands, where coffee consumption per capita is among the highest in the world. A study of his showed that people in the Netherlands who drink a lot of coffee have a significantly lower risk of diabetes.

“Very few people believed it,” Prof. Van Dam said, “because at that time people generally thought of coffee as a relatively unhealthy beverage, something that fits in an unhealthy lifestyle – sleeping less and smoking a lot, drinking more alcohol.” 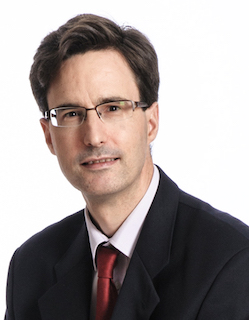 Despite the surprise, subsequent research confirmed the findings in Asia, southern Europe and the USA. Interestingly, the association with reduced risk of diabetes was similar for caffeinated and decaffeinated coffee, suggesting other components of coffee are responsible for the benefit. “The picture is quite consistent, but it’s very hard to pinpoint the specific mechanism or specific components of coffee that may be beneficial,” Prof. Van Dam said.

The review looks beyond insulin resistance and diabetes, also covering the risks of cardiovascular disease, gallstones, cancer, and liver disease, as well as the effects of caffeine.

“One of the things that struck me is that there’s really some quite good evidence that drinking coffee does help alertness, it does help people’s concentration, particularly with relatively boring tasks, such as driving at night.”

Prof. Van Dam was also surprised by the finding that a lot of the beneficial effects seem to be focused on the liver. Coffee consumption appears to protect against liver cirrhosis, liver cancer and other liver conditions. There is also evidence that the link with reduced risk of diabetes is to do with improving glucose metabolism in the liver.

While the review highlights a range of benefits, there are also detrimental effects reported. In particular, drinking a lot of coffee during pregnancy is associated with risks such as miscarriage. This is because caffeine metabolism decreases during pregnancy, so the caffeine keeps circulating in the blood. And if it reaches the fetus, it can build up there too, as a fetus is unable to metabolize caffeine sufficiently. This can lead to constricted blood vessel and slowed growth, and in some cases, miscarriage.

“I think we can now fairly say that if you’re not pregnant or have specific health conditions, that it’s fine to drink coffee,” Dr. Van Dam said. “As part of a healthy lifestyle, it can be quite a healthy beverage, as long as you don’t put in too much cream and sugar. But we’re not going as far as saying people should start drinking coffee; there are other healthy beverages like tea that are alternatives.”

The review – particularly its good news for coffee drinkers – was popular on social media, and it was covered in 30 news outlets. There was no press release to kick off the coverage; the story garnered interest without a push.

“Whenever I publish something on coffee, it resonates with the public, and they’re fascinated by it. I think it’s just something that’s intriguing for people – something they enjoy, and that they use for their daily booster. Finding out that it may also have beneficial health effects was a bit surprising.”

Prof. Van Dam is no stranger to media coverage – you can read some of the news about his work on his webpage. But he doesn’t tend to read the coverage of his research, unless he has been interviewed for an article and the journalist shares it with him.

“They do quite a good job,” he said. “Although people often complain that there’s too much sensationalism in the press, that’s not been my experience. Particularly in the US, a lot of people are specialized in scientific journalism, and I feel that the stories are quite nuanced, and quite a good reflection of the science.”

“I think the first thing is choosing a topic. I don’t think you can work on a topic that people are generally not interested in, or that there’s not much novelty in, and then try to make it shine. I think you have to work on something at the right time, when people are interested in the topic, and then it almost automatically gets a bigger audience. Of course, it also depends where you publish – some journals have a much bigger reach than others. Some papers deserve a bigger audience, as they have a story to tell that can actually benefit the public in terms of their daily choices, or they can benefit policy makers. When you have the right topic, at the right time, in the right journal, you can do press releases, use Twitter, and use things like ResearchGate to extend the message.”