Welcome to the February High Five! We’re departing from our regular format of analyzing of the top five most mentioned papers from the past month. From now on, each month we’ll examine the papers that have received the most attention from a particular attention source type – whether it’s blogs, policy documents, Twitter, Wikipedia, or something else!

This month we’ll be focusing on the papers published in February that we’ve tracked the most attention for in global news outlets.

#1: The earliest art scene was created by Neanderthals 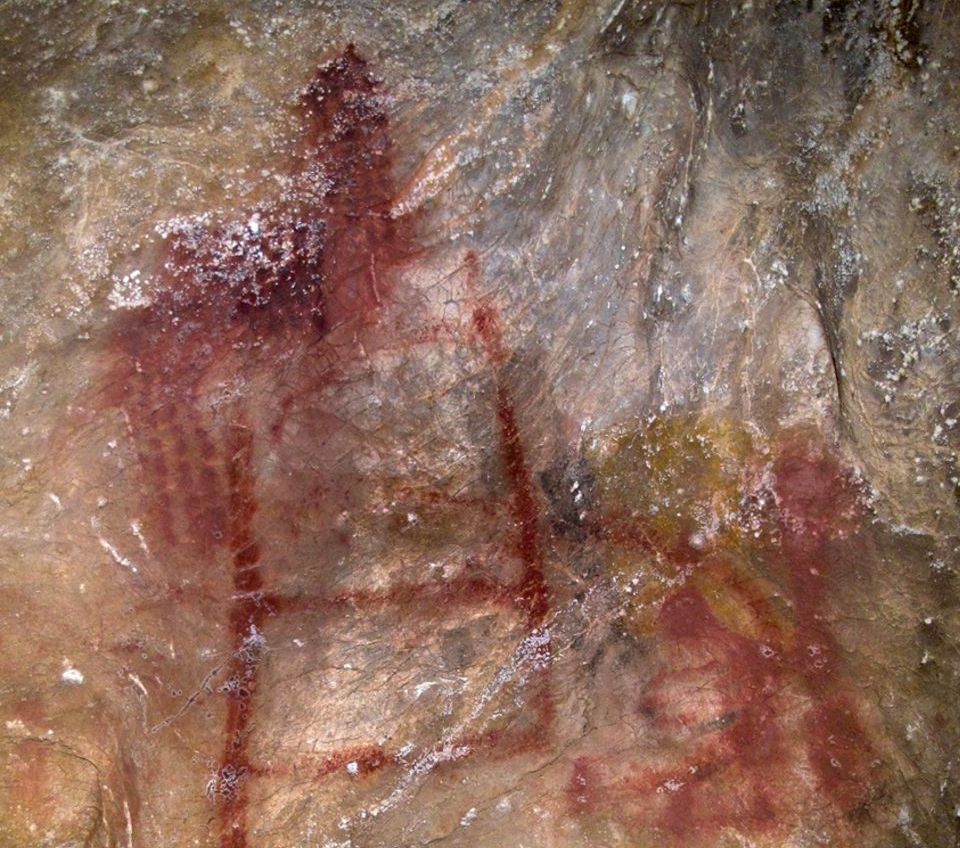 Our first paper is ‘U-Th dating of carbonate crusts reveals Neandertal origin of Iberian cave art’, published in Science, which investigated the earliest examples of cave painting and discovered that they were created by Neanderthals. Three separate sites found in Spain have been identified as having cave paintings that are older the 64,000 years, predating modern humans by 20,000 years.

Over 200 news outlets covered the study, including Newsweek who asked ‘What makes us human? Discovery of Neanderthal art is rewriting what we know about ourselves.’:

‘One of the key traits of behavioral modernity is the capacity to use, interpret and respond to symbols. We know that Homo sapiens have been doing this for at least 80,000 years. But its predecessor in parts of Eurasia, the Neanderthal, a human ancestor that became extinct around 40,000 years ago, has traditionally been regarded as uncultured and behaviorally inferior. Now our new study, published in Science, has challenged this view by showing that Neanderthals were able to create cave art.’ – Chris Standish and Alistair Pike, Newsweek

The story was also mentioned in 14 blog posts, 1279 tweets, and cited on a Wikipedia page. 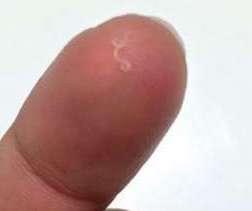 Our second most mentioned article in the news is the curious case of a 26-year-old woman who found 14 worms in her eye. The paper, ‘Case Report: Conjunctival Infestation with Thelazia gulosa: A Novel Agent of Human Thelaziasis in the United States’, which was published in The American Journal of Tropical Medicine and Hygiene, reports on the first infestation of T. gulosa in humans, a condition most commonly associated with cattle.

The article has been reported on in over 200 news stories – many of which remarked that this condition was the first of its kind. MSN headlined their article  ‘Oregon Woman Who Found 14 Worms in Her Eye Speaks Out on Her ‘Shocking’ Experience’:

‘In the summer of 2016, Beckley, of Brookings, Oregon, was working on a fishing boat in Alaska when she felt an itchy, tingling sensation in her eye — and thought it was just an eye lash. But after minutes of inspecting her left eye in the mirror, she pulled a thin, white worm from just above her lower eye lid.’ – Char Adams, MSN

Other headlines included: ‘She thought the weird sensation was a stray eyelash. It was eye worms’ and ‘These Photos Of Abby Beckley Pulling Worms Out Of Her Eye Will Make You Scream’. The research was also cited in 2 Wikipedia pages and 6 Reddit threads.

Rest assured that conditions like these are very rare in humans, but you may want to watch out for it! 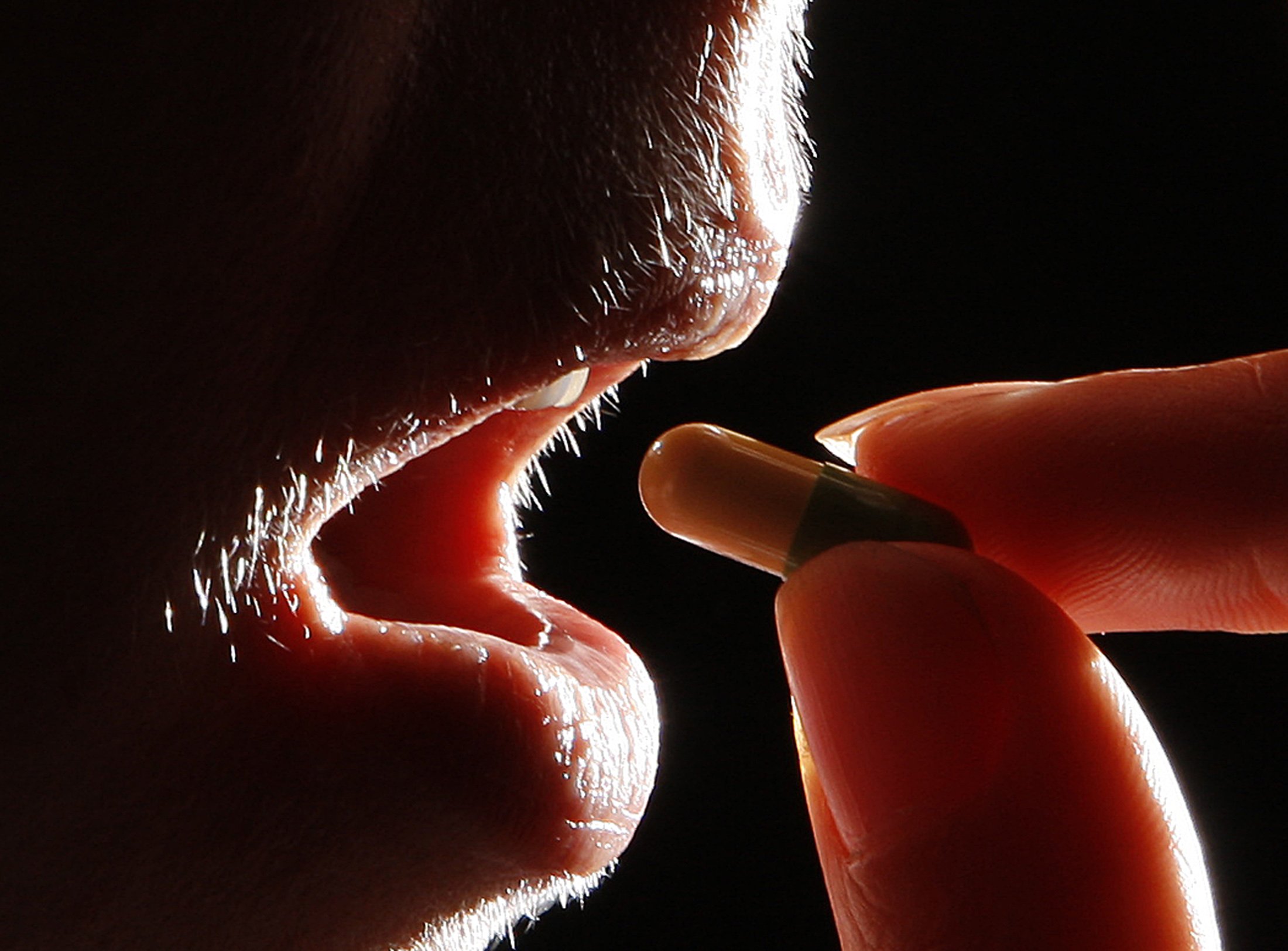 Our next paper ‘Comparative efficacy and acceptability of 21 antidepressant drugs for the acute treatment of adults with major depressive disorder: a systematic review and network meta-analysis’ was published in The Lancet and compares the effectiveness of antidepressant medication versus psychological interventions such as placebos. The research found that in all cases the antidepressant medication was more effective. These new findings should inform decisions made by patients, physicians, guideline developers, and policymakers on their method of treating depression going forward.

The study was mentioned in 160 news stories reporting on the effect the results of the study will have for prescribing treatment for depression. Business Insider headlined their story with ‘The most popular drugs prescribed for depression work — but they’re not perfect’:

‘Evidence suggests that for as many as 78% of people, simply taking a pill does not completely erase depression’s most insidious symptoms, which can include things like isolating oneself, having disturbing impulses to self-harm, or being so self-critical that it interferes with daily life.

A smaller percentage of people don’t respond to medications at all, a troublesome phenomenon known as treatment-resistant depression that remains one of the hardest types of the illness to address.’ – Erin Brodwin, Business Insider

Other news outlets reported similarly, including MSN who headlined their story: ‘Doctors need to start prescribing this drug to more patients’ and BBC News with ‘Anti-depressants: ‘It’s keeping me going’. The research was also mentioned in over 4000 tweets and three Wikipedia pages.

#4: Demand for natural resources is bringing the Bornean Orangutan to near extinction 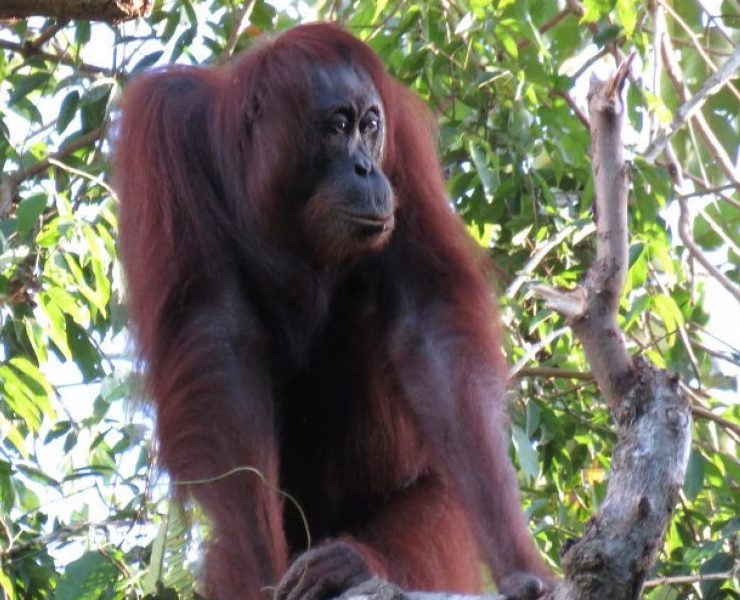 The next piece of research is ‘Global Demand for Natural Resources Eliminated More Than 100,000 Bornean Orangutans’ which was published by Cell. The report has found that half of the Bornean Orangutan population was decimated between 1999 and 2015 due to logging, deforestation, or industrialized plantations.

Altmetric tracked 200 news stories that mentioned the research. Many of the news stories, such as Asian Scientists, reported on the species becoming increasingly endangered:

‘The team observed 36,555 nests in total. They estimated a loss of 148,500 Bornean orangutans between 1999 and 2015.The data also suggest that only 38 of the 64 identified spatially separated groups of orangutans (known as metapopulations) now include more than 100 individuals, which is the accepted lower limit to be considered viable.’ – Asian Scientist Newsroom

‘Research findings published in the PLOS journal in 2004 estimated that the population of Orangutan in Sabah was 11,000 individuals. At the time of the study, 60 percent of the Orangutan population in Sabah was believed to be living outside of protected areas. Based on these research findings, the State Government of Sabah made a very serious effort to increase the protection of the Orangutan population in Sabah by declaring and gazetting more and bigger protected areas.’ – Augutine Tuuga, Director of Sabah Wildlife Department, FOX 14

#5: Don’t mix your drinks… including tea 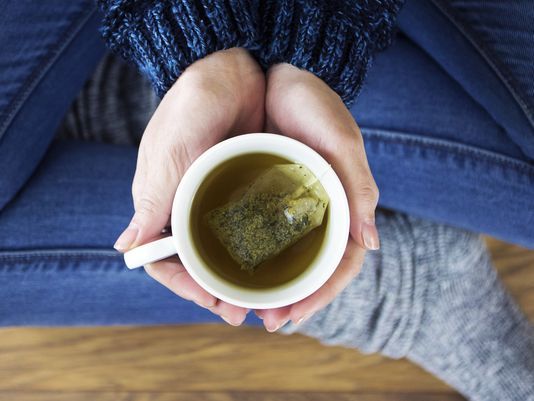 Our final paper is ‘Effect of Hot Tea Consumption and Its Interactions With Alcohol and Tobacco Use on the Risk for Esophageal Cancer: A Population-Based Cohort Study’ published in Annals of Internal Medicine. The study found that drinking tea at high temperatures when combined with alcohol and tobacco meant there was an increased risk of esophageal cancer.

USA Today titled their story ‘Hot tea, plus smoking and drinking alcohol, is a cocktail for cancer, study suggests’:

‘Findings suggest that those who reported drinking “hot” or “burning-hot” tea regularly, in addition to “excessively” drinking alcohol or smoking (two already known causes of cancer) increase their chances of developing esophageal cancer. Excessive drinking was defined as having 15 grams of pure alcohol (slightly more than a 12-ounce glass of beer or 5 ounce glass of wine) every day and excessive smoking was having one or more cigarettes per day.’ – Ashley May, USA Today

170 news outlets wrote similar stories with headlines such as ‘Hot Tea Linked To Cancer: Smokers, Drinkers At High Risk’, ‘If you smoke or drink you may want to let your scalding tea cool down first, study suggests’ and ‘Hot tea ups esophageal cancer risk in smokers, drinkers’.

1 Responses to “February High Five – Have we got news mentions for you!”

#5 is a bit ironic as I have read several articles about the anti-cancer benefits of tea, particularly green tea. Either way, I like hot tea! You know what; I'm going to make a nice cup of hot tea right now!

And I don't smoke or consume alcohol anyway, so no worries :)