The following was originally posted by Altmetric’s Founder, Euan Adie, on LinkedIn Pulse on the 29th November 2016:

Hello! I get asked at conferences every so often to explain how Altmetric got started. Here’s that story. Note that this isn’t the story of altmetrics in general, that’s covered in other places. Rather it’s the story of Altmetric the product. 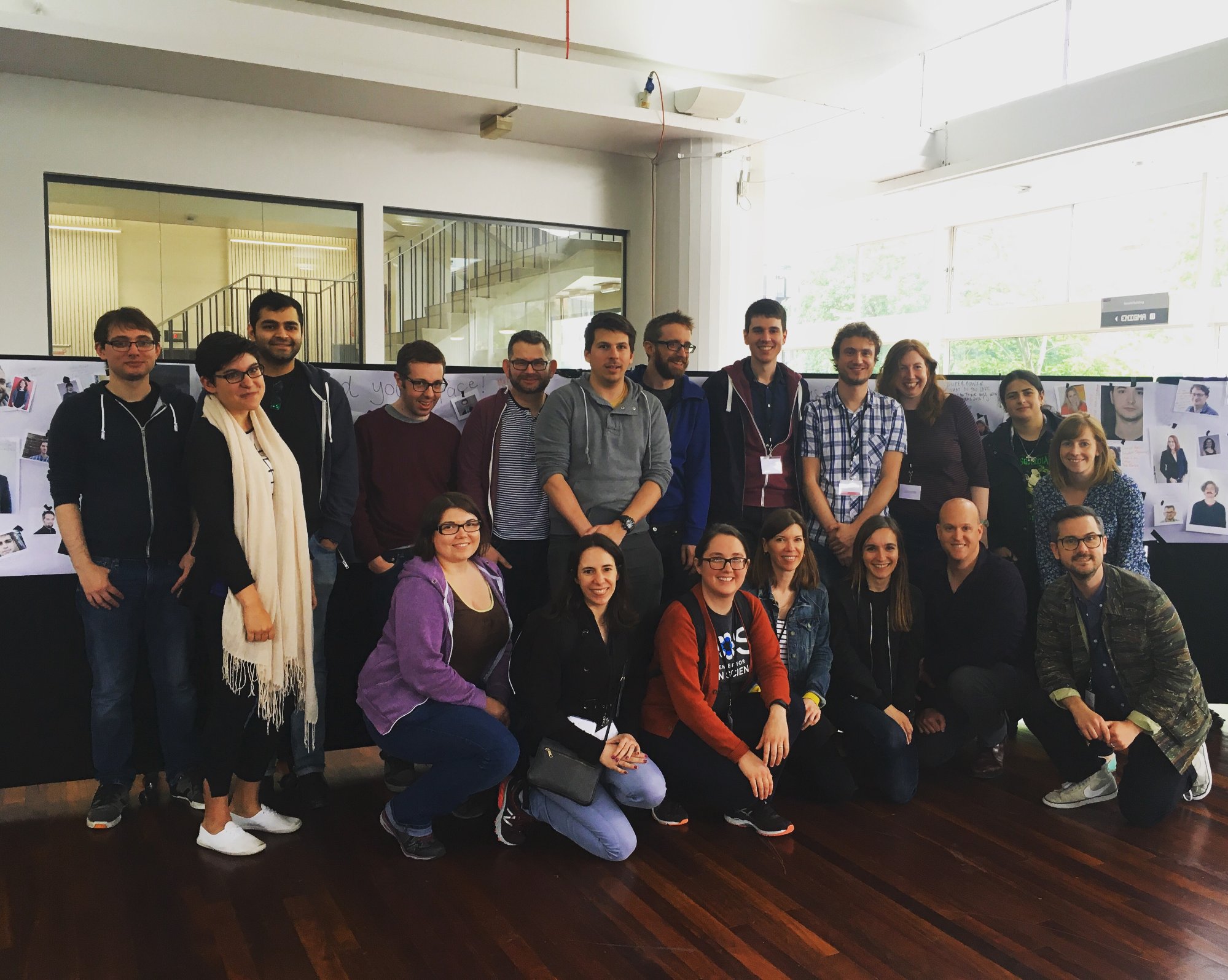 I always think of start-ups as involving eureka moments or chance encounters in corridors, but really Altmetric evolved slowly over quite a long period of time.

In 2003 I started working in medical genetics at the University of Edinburgh. It was a bioinformatics role and prior to this I hadn’t know much about genetics at all, having a computer science background. I did read Genome: The Autobiography of a Species just before the interview. The book taught me what introns and exons were. I got the job.

It was a learning experience: I still couldn’t tell you which end of a pipette is which but I ended up doing a lot of computation genomics work.

Looking around for background literature I found some relevant science blogs and started following them, especially the active community of bioinformatician bloggers loosly centered around a site called Nodalpoint, now sadly defunct. There were three bioinformaticians in my building out of about two hundred researchers and so I learned far more from those blogs than I ever did journal club.

A year later I submitted my first proper academic paper for peer review, encouraged by a supportive manager. I assiduously listed the journals I’d read similar papers in and then ranked them all by impact factor – not sure if this was on specific advice or some unspoken rule that I’d absorbed through lab osmosis. I chose BMC Bioinformatics because if accepted they’d publish your manuscript immediately, rather than waiting for, say, an annual “new web server” issue, which is what you sometimes had to do with software papers.

Even at the time it seemed a bit weird that to get credit for a piece of software you had to write up a report on paper and then potentially wait twelve months to get it disseminated. Then nobody would cite it properly in any case, they’d just put a link somewhere in the full text.

When the paper came out I did the thing that a lot of authors do: every morning for about three weeks I’d go to the article page and check to see if anybody had left a comment. At one point a “highly accessed” badge appeared by the title: in retrospect probably because I was bumping up the visitor counter each day. In any case it was very exciting.

This is how I got interested in article level metrics and ‘non-traditional’ outputs.

I figured that it’d be good as an author to have one place to see what blogs were saying about your work, and as a reader to see which papers in your field were getting attention. In 2005 I had an operation to have both my hips replaced (I’ve had ankylosing spondylitis since I was a teenager) and while laid up at home I wrote something to try and do this: an open source blog aggregator called Postgenomic. You can still browse it at the Internet Archive:

I kept working on Postgenomic as a side project, on evenings and weekends, and it opened up a lot of opportunities for me. I did some piece work for the scienceblogs.com homepage, showing which articles were being talked about the most. Eventually I left the lab and moved to London to join Nature Publishing Group, and worked on some projects to try and legitimize blog posts as scholarly outputs amongst other things.

Nature Publishing Group was a great place to be if you wanted to work on tools for scholarly communication. It’s there that I met some of the technical staff – Louise Hills and eventually Paul Mucur – that I now work with on altmetric.com. It also was ex-Nature colleagues that recommended Cat Williams when we were looking for somebody to take on marketing.

Anyway, in 2009 I wrote a new version of the software, called Streamosphere (like blogosphere…. yeah, the name never really took off). The idea was to add Twitter and Friendfeed – which was big at the time – on top of blogs. By this point article level metrics was a real thing – PLoS, notably, was doing a lot of interesting stuff with them. I experimented with some different ways of visualizing attention over time, which I’d forgotten about until I started writing this post.

Streamosphere wasn’t quite the right delivery mechanism for this sort of data: it was interesting to discover online conversations but really the collected data needed to be where researchers were day to day: on existing discovery platforms and on article pages.

I decided that I wanted to develop a new version of Postgenomic on my own. Back in 2000 I had dropped out of my honours year of university to found a start-up, so this wasn’t as scary a decision as it might have been. On the other hand that start-up had folded a year later after a hard lesson in cashflow management (well – that and our product didn’t sell well). This made me fairly determined to handle things differently this time around.

I started writing the back end code, still on evenings and weekends, but then came across a competiton run by Elsevier to find and promote applications that could be integrated with its new content & discovery platform, SciVerse. This seemed like a good way of getting the data onto a publisher site, so I focused my efforts on a display for article and journal homepages.

With Streamosphere I’d measured “buzz” by simply adding up the number of individual tweets or Friendfeed posts mentioning a paper. For the new app I wanted something a bit more sophisticated to account for the fact that a news story typically got more readers than a blog post. This is where the weighted attention score started. After realizing that nobody would know what a “good” score was I added the percentiles to put things into context.

Before going live I needed a name. Jason Priem had just written the altmetrics manifesto, which I thought was amazing – a coherent vision and a great focal point. Altmetric.com was available. I named the app Altmetric.

This was both a great move and a terrible one, though it wasn’t obvious at the time. On the one hand, it made it pretty simple to figure out what the app did and later on gave it lots of positive associations with the broader field (and vice versa, hopefully). The downside is that for many years people would confuse Altmetric with altmetrics (or alt-metrics: the hyphen eventually got dropped).

To show that the score came from a variety of different places I experimented with using pie charts, but for popular articles that was dominated by Twitter. Over time I figured that people wouldn’t be using the pie chart to get exact proportions anyway, so it was fine to produce something a bit more stylised: a pie chart with evenly sized segments, so that even one post from a source would add quite a lot of new colour.

The app won the Elsevier competition: the prize was $15,000. That was enough to pay for my overheads for a while, and I started looking seriously for customers and further financial support until I could grow the product further. Another lucky opportunity came up: Jason Wilde and Timo Hannay had both been my boss at one point or another at Nature Publishing Group so I knew and trusted them. They’d come up with the idea of Digital Science – an investor / incubator for science start-ups – together, and Timo had left NPG to run it.

I started a day job at Digital Science, then a little later took on seed funding to keep Altmetric running until it was generating revenue and started working on the company full time.

I’ve learned a lot in the six years since and, along with the wider field, Altmetric has grown. In 2016 we’ll be serving 5.5 billion API requests a year, powering Altmetric badges on thousands of journals as well as CRIS systems, library discovery systems and institutional repositories. It makes me happy to be able to trace a direct line from this back to 2003 and those first bioinformatics bloggers talking about recent papers.