Altmetrics gaming, promiscuous tweets and how to promote your work ethically – In another monthly blog post written by Science Wordsmith Lucy Goodchild, we explore the findings and attention around a piece of research published in the previous month that caught the public’s attention. Listen to the podcast episode here.

After months (or maybe years) of work, you’ve packaged your research into an article, it has gone through the peer review process and you’ve got a link to its permanent online location, ready to share with the world. What do you do? Tweet it once or schedule a whole series of tweets spanning a few months, tagging your colleagues, department and learned society? Share it on Facebook or post it in all the groups you can think of?

As we’ve learned from many researchers in this series of blog posts and interviews, there are plenty of ways to promote your research. But there’s a difference between legitimate, well intentioned promotion and what’s called altmetrics gaming – intentionally acting to inflate an article’s Altmetric attention score. It’s a practice that has gone under the radar, and it’s one that the Committee on Publication Ethics (COPE) is now being urged to address.

The call for action is led by one of the authors of the study we’re focusing on here – Phaedra Cress, Executive Editor of the Aesthetic Surgery Journal (ASJ) and ASJ Open Forum, and an altmetrics expert. In a new white paper, Phaedra teamed up with Altmetric to explore “Social Media Promotion, Gaming, and Ethics in Academic Publishing,” concluding that the gray area between beneficial organic social media promotion and unethical strategic social media promotion needs to be addressed.

The story behind the numbers

With 20 years of academic publishing under her belt, Phaedra began to notice a pattern in the altmetrics of the articles in ASJ – they were going up. “Five or six years ago, I remember getting so excited about having Altmetric scores of 5 and 10 and 15,” she said. “Now, our top ASJ articles have Altmetric scores in the 600s. It’s evolved pretty quickly in the past five years. What we’ve learned is that what altmetric scores tell you is the attention to an article.” 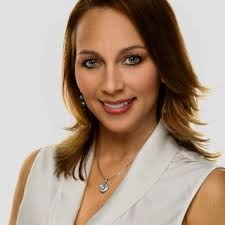 It was the attention to one of her own articles that got Phaedra thinking about ethical versus unethical promotion. She had written an editorial about altmetrics in ASJ, and thanks to posts on her own Twitter feed and that of the journal, the editorial was getting a lot of attention – and the Altmetric attention score was rising.

Then suddenly it went down. Puzzled, Phaedra contacted the Altmetric team, who informed her that the decrease was because the promotion had fallen under the umbrella of ‘promiscuous tweets’. “My motivation wasn’t at all to game the system, things were happening in the altmetrics space related to this article, and I felt it was appropriate to put it out there,” she said.

It was Phaedra’s introduction to the notion of promiscuous tweets, and the start of her interest in gaming altmetrics. Looking at the papers published in ASJ, she noticed that the top scoring articles were the ones that had been heavily promoted on social media. After doing some digging herself, she asked ASJ’s Editor-in-Chief Dr. Foad Nahai to get involved, then they started working with aesthetic plastic surgeon Olivier Branford and eventually published the results.

That article was the impetus for the new white paper, written by the ASJ team and Stacy Konkiel, Director of Research Relations at Altmetric. “I think it really shows an interesting set of results here that talk about how to promote a paper. What are the ethics behind that? How much promotion is too much, and what constitutes gaming? Those are the things we looked at in this white paper.”

Altmetrics gaming – and how to stop it

“Journals might take the opportunity to tweet about their article ten times in a given period of time, as opposed to maybe just once,” Phaedra explained. “I do think that there is a blurry line, and one of the things that this white paper has spawned is a potential call for COPE to create a new flowchart to address this. I think it would be fantastic if COPE were to take a look at this, because it would provide everyone in the community with a set of standards we can all follow and agree upon.”

It’s a topic Altmetric is also invested in. “There’s definitely a grey area when it comes to gaming, so it’s our approach to let the data speak for itself,” said Stacy Konkiel, Director of Research Relations at Altmetric. “We collect all mentions data and make it available alongside the research. That way, if something is being willfully gamed, it’s obvious to the viewer. We do have controls in place to keep metrics from being gamed, however: we don’t allow for gamed mentions to artificially inflate research’s Altmetric Attention Score.”

When it came to promoting the white paper, it was important to walk the talk, so the team’s efforts were consciously ethical. “The first thing I did was make sure that my two co-authors were aware that it had gone live, and we all posted it on Twitter, Instagram and Facebook, I put it on LinkedIn, and Altmetric shared it with their networks too,” said Phaedra.

So far so good: the white paper has 1594 views, 206 downloads, and an Altmetric score of 27 at the time of writing, putting it in the top 5 percent of white papers in terms of attention.

“It’s been really validating to see the number of views,” said Phaedra. “In the future, if there’s a reason to include this in additional posts, I’m happy to do that. I’m trying to start a conversation with this white paper around all of this; I’m interested in what people have to say, learning from them and teaching others who are newer to the space.”

“I think in terms of gaming, we should make sure that our motivations are pure, and that the goals align with the journal to be as high quality in content publishing and promotion as we possibly can.”

Make sure if you’re not on social media that you jump in. Right now, people are remiss if they’re not promoting journals and articles on social media. I think Twitter is great for sending articles around and having conversations, but my feeling is that Instagram is really of high interest. Facebook is still really valuable and applicable, and LinkedIn as well. Some people hire a social media coordinator to do all of this, because it takes time and you have to nurture it.