Hunger is a growing problem worldwide. Conflict, climate change and COVID-19 continue to threaten food security. In 2019, an estimated 2 billion people “did not have regular access to safe, nutritious and sufficient food,” according to the UN.

The more people there are to feed, the worse the problem becomes. By the time you finish reading this sentence the global population will have increased by about 15 people. We are already edging toward 8 billion and by 2050 the earth will be home to 10 billion people. One of the biggest questions this raises is how are we going to feed everyone without destroying the planet?

Sustainable Development Goal (SDG) 2: Zero Hunger aims to address this. There are many aspects to consider, including food distribution and access to nutrition. However, one of the major factors in ensuring we can feed everyone sufficiently is sustainable food production. This is one of the indicators with which to measure progress toward SDG 2, focusing on agricultural systems and practices that help maintain ecosystems, and ensure food production is resilient in the face of climate change.

The current system is largely unsustainable. For example, we remove water from ecosystems for irrigation, and deforestation for agricultural land remains a problem. We are leaching nitrogen and phosphorous into soils and freshwater ecosystems and using pesticides and herbicides. And agriculture itself is a major contributor to climate change.

So with the increasing demand of our growing population, is it even possible to produce food sustainably? Research suggests it is. In a study in Nature Sustainability, Professor Dr. Dieter Gerten and his colleagues applied the concept of planetary boundaries to this question. Planetary boundaries are limits to the amount humans can disturb environmental systems before they are significantly changed. The team created a model using four of the nine planetary boundaries: biosphere integrity, land-system change, freshwater use, and nitrogen flows.

Prof. Dr. Gerten, Working Group Leader at Potsdam Institute for Climate Impact Research and Professor for Global Change Climatology and Hydrology at Humboldt-Universität zu Berlin in Germany, said: “We asked ourselves, for how many people could food be supplied, if we were to strictly maintain these planetary boundaries? How far could agriculture go to not violate these environmental limits? The main message is it’s possible to feed everyone within these limits, but it requires transformations in reality.” 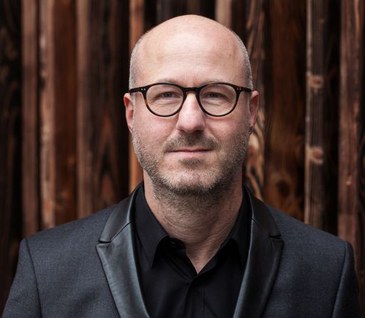 “We had no idea what the result would be,” Prof. Dr. Gerten said. “Actually, it was a bit surprising that it would indeed be possible to provide food for 10 billion people. But only if various measures were taken all around the world – a package of very different things, which all have to do with the food system: producing food more sustainably but also consuming it more sustainably. It’s a big challenge in the real world, but we say it’s positive, in principle.”

The changes the team considered in their study scenarios include using less water for irrigation, for example through rainwater harvesting; shifting agricultural production to areas where it has a lower ecological impact; and eating less meat to reduce the pressure on the environment.

“How optimistic would I be that we will achieve zero hunger in the future? I hope we will, of course. It’s difficult enough, and even more difficult if we want to achieve that while maintaining the environment intact. However, we have shown that it’s possible. So this is not an alarmist study, but one that hopefully lets people look for synergies.”

The outlook is potentially even better if innovation is considered. Prof. Dr. Gerten and the team didn’t take into account developments like aquaculture and vertical farming, which could make agriculture significantly more sustainable.

In a vertical farm, you can grow crops indoors in stacked layers. This is possible because the crops are grown using artificial light – LED – rather than the sun. The environment is completely controllable, so the farmer can decide the amount of light, the temperature, and water and nutrient input levels. It’s also much easier to keep out pests and weeds, so pesticides and herbicides are no longer needed.

People are already running small vertical farms for valuable products like leafy greens. Prof. Dr. Senthold Asseng, Professor at the Technical University of Munich in Germany, wanted to find out how much more efficient vertical farming could make wheat production.

“I’m an agriculture scientist; I really like to help produce more food and feed the people. But the way we do it, on a large scale, is not sustainable. Now there’s an opportunity to produce food inside, under fully controlled conditions. It opens totally new possibilities for science, which is very exciting, but also for producing food in a very efficient way.” 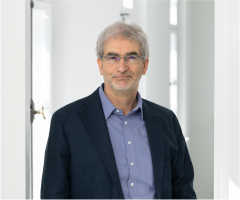 Prof. Dr. Asseng and the team chose wheat for the modeling study because it is a major source of food globally, accounting for about one-fifth of the calories and protein we eat. They used a type of wheat that was bred by NASA to be used on long missions, so it’s half the height of standard wheat growing in the field. In their study in Proceedings of the National Academy of Sciences, they showed that growing this wheat in 10 layers in a vertical farm covering a single hectare of land could produce 600 times the equivalent grown in a field. Build the farm upwards, to 100 layers, and that could increase to 6,000 times.

“Think about the potential: you could save 6,000 hectares of land,” Prof. Dr. Asseng said. “You do not need pesticides and herbicides, so you’re reducing their use not by 30 or 50% but right down to zero. And because it’s a contained indoor cycle, you solve the nitrogen pollution aspect. You can also reduce the amount of water needed.”

However, there are still obstacles to overcome. For example, a vertical farm needs a lot of energy for the intensive LED lighting. But Prof. Dr. Asseng believes a combination of renewable energy sources and energy innovation could overcome this. The lighting could be restricted to the wavelengths the plants need to grow, and that could be pulsed to reduce energy demand. This would also help reduce the costs involved. “Yes, energy is a big thing. But there is so much we haven’t explored yet,” he said.

At this stage, vertical farming is an exciting area of research. But in the future, it could help solve many of the environmental problems agriculture causes. Farmers around the world are facing environmental and economic pressures. They understand plants, and they are often producing excess energy through solar panels and biofuels. “I don’t think it will replace agriculture, but I believe vertical farming could be a component of our approach to producing food,” Prof. Dr. Asseng said.

Engaging the public with research

When there’s a paper with potential for press coverage, Prof. Dr. Asseng would usually talk to the institution’s press department. He believes the media coverage for this paper was limited, possibly because of the question “why would you bother doing this?” Many of the news outlets that reported on the study focused on the prohibitive costs. But his answer to the question isn’t about cost.

“If our study means people start thinking about this food system, it’s good,” he said. “If they still dismiss it later on, that’s okay as well. It might never work for wheat commercially, but it helps us to understand what you can do in a vertical farm and how that could help us make agriculture more sustainable.”

Prof. Dr. Gerten highlights the importance of a good press release with an effective title, especially for getting the news to the general public. “You need a clear message,” he said. “That’s good advice for a scientific study anyway. It’s helpful to have a paper you can summarise in one or two main messages – not too complex, and make the abstract and the title as simple and as understandable as possible.”

In addition to the media coverage, both studies were popular on Twitter, reaching more than 10 million people combined. “It was the first study where I fully recognised that social media really plays a role in making a study public,” Prof. Dr. Gerten said. “In earlier years, you always had to screen the journals systematically to find relevant papers. But now, I think this is happening more and more on social media. Researchers inform each other there. Having a Twitter channel with lots of followers can be very helpful.”

To learn more about how Altmetric analyses the influence of research or to request a demo contact us at suppoort@altmetric.com

The future of food from the sea