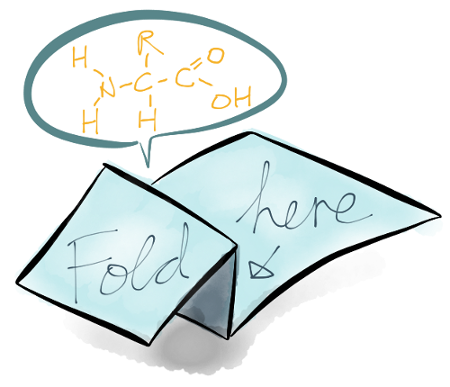 People can contribute to science in many different ways. Training to become a scientist is one way, and donating money to fund research is another. But in recent years, many people have been donating their free time and participating in the process of scientific discovery in a rather unconventional way: by playing computer games.

Citizen scientists and the Foldit phenomenon

To understand the phenomenon of computer gaming for the greater good, let’s first take a step back and define “citizen science” in general. The term refers broadly to the participation of members of the public in scientific research; people can contribute in various ways, from data collection and analysis to crowdfunding. There are plenty of interesting citizen science projects out there right now – for example, the Puerto Rican parrot’s genome is being sequenced, the search for alien life is being crowdsourced, and a methamphetamine lab is being crowdfunded.

The Internet has been largely responsible for boosting public participation in science and the democratisation of research. Notably, computer games that contribute to science have gained wide recognition for being able to combine entertainment with research value, even providing a healthy dose of science education on the side. For this week’s Interactions, I turned to alt-metrics to examine the fascinating intersection between entertainment and science, with a specific focus on the popular protein folding game Foldit.

The premise of Foldit is simple: players must use their problem-solving abilities to optimise a protein’s 3D structure. In spite of the biochemistry language used in describing the rules, the game is intuitive for everyone. Part of the great success of Foldit can be attributed to its wide adoption: it appeals to scientists and non-scientists alike, and can thereby harness a huge number of players to “conduct” research. The website boingboing described Foldit as “a biochemical game of Twister”, and the Nature News blog referred to it as “addictive”. Although it’s supposed to be entertaining, the game was built with the limitations of computer modelling in mind –  human players (working in teams or alone) compete to solve the puzzles and do so in a way that is faster and more intelligent than what a machine is capable of.

The alt-metrics of Foldit research

Foldit was launched in 2008, and has been the subject of 6 scientific papers to date. According to the Altmetric database, 4 of these papers have been very popular:

It seems that Foldit was a hot topic for many bloggers, as the 4 papers were mentioned a total of 34 times in blogs. Many blog posts introduced Foldit while also describing the breakthroughs achieved by the gamers (see this post by Ed Yong and this one by Tom Nolan), whereas this post by Derek Lowe examined some of the limitations of this crowdsourced method of discovery. On Twitter, the conversations highlighted people’s appreciation for the novelty of the data collection process, as well as the exciting results:

Citizen science received due credit in the scientific literature about Foldit, and players were credited in author listings. While sharing papers about Foldit, many tweeters embraced the way that the game’s community contributions were recognised in academia:

Can #foldit players include this paper in their CV? goo.gl/NjiJs

The alt-metrics of Foldit articles suggest that the mentions on blogs and social media are important for sparking interest in potential players. It also appears that online sharing of Foldit articles can reveal the utility of citizen science to diverse audiences.

Engaging in academic discussions about Foldit can lead people to participate in other interesting citizen science projects that suit their interests, such as Eyewire (a game to map the brain) or a project within Zooniverse (a suite of citizen science projects for various disciplines). Now that citizen science is finally reaching the mainstream, it’s a great time to get involved. And of course, with more minds at play, it will be fascinating to see what new knowledge we can all help to discover.

Thanks to Lou Woodley, Matt Landau, and Ethan Perlstein for sharing some helpful links about citizen science.

Thanks for mentioning our crowdfunded research meth lab aka the Crowd4Discovery project!

[...] People can contribute to science in many different ways. Training to become a scientist is one way, and donating money to fund research is another. But in recent years, many people have been donating their free time and participating in the process of scientific discovery in a rather unconventional way: by playing computer games.  [...]

The link "participation of members of the public in scientific research" needs to be updated to:
http://www.informalscience.org/public-participation-scientific-research-defining-field-and-assessing-its-potential-informal-science