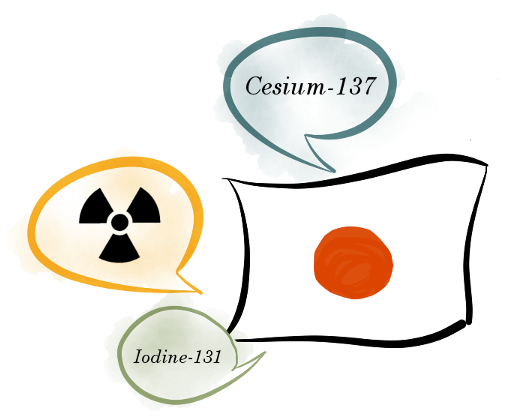 Where does science fit in our lives?

Whether its impact is obvious or even barely perceptible, science surrounds us and permeates every aspect of society, from public health to government policy. Who we are, what we do, where we live, and how our society fits into the global community all determine the extent to which science affects us. Most scientific articles that receive strong online attention generally seem to be unrelated to each other, and don’t necessarily have immediate relevance to the lives of individuals. But as one notable set of articles shows, a deeply personal thread can connect particular stories and significantly contribute to their collective impact.

What demographics tell us about impact

Five different primary research and news articles (published between 2009-2012) reside among the top online attention rankings, and all of these pertain to radioactivity. Four relate to the 2011 collapse of the Fukushima Dai-ichi Nuclear Power Plant in Japan, and one relates to the 1986 Chernobyl disaster:

1. “The biological impacts of the Fukushima nuclear accident on the pale grass blue butterfly” (August 2012)

5. “Cesium-137 deposition and contamination of Japanese soils due to the Fukushima nuclear accident” (October 2011)

What made these articles so consistently popular, even after the acute phase of attention surrounding the initial incident had faded? A hint lies in the demographic data: the vast majority of users sharing these 5 articles are members of the general public who are based in Japan. Many stories are shared out of interest, but these are shared out of importance. The research may directly affect the readers, their friends, their loved ones, along with the environment in which they all live. Together, these articles and their online attention paint a larger picture which shows the concern of citizens for issues of health, ecology, and the environment in the wake of the Fukushima disaster.

This story began in March 2011, when the devastating Great East Japan Earthquake and resultant tsunami struck the northeast coast of Japan, triggering events that led to the collapse of the Fukushima Dai-ichi Nuclear Power Plant. The meltdown of the plant caused huge amounts of radioactive material to be emitted into the surrounding environment, but the effects were far-reaching: radioactive isotopes were soon detected beyond the Pacific Ocean. As the nuclear disaster unfolded, social media sites, notably Twitter, received heavy traffic from Japanese users, who rapidly shared personal statuses, news updates, frightened messages, and emergency information. Much of the online activity was steeped in confusion and panic, making it difficult to assess the quality of the information. Over a year later, in light of how social media had been used to cope with the 2011 nuclear crisis, Facebook developed a “Disaster Message Board”, and Twitter launched their own disaster response service:

In the days following the meltdown of the nuclear plant, Japanese and international concern erupted over the potential health issues for those who were exposed to radiation either directly or indirectly, such as through consumption of radiation-contaminated food. Although the incidence of cancer due to radiation exposure in residents was estimated by a group of American researchers to be relatively low, detailed investigations into the effects of low-dose radiation exposure to humans, animals, and the environment are still ongoing. The recent popular article entitled “The biological impacts of the Fukushima nuclear accident on the pale grass blue butterfly” speaks to Japanese readers about more than butterflies, hinting that similar disturbances may resonate through Fukushima and neighbouring areas for decades to come, affecting both animals and humans.

As mentioned earlier, many research studies pertaining to the biological and environmental effects of the Fukushima radioactive fallout have attracted intense online attention, particularly from concerned Japanese citizens. As such, social media has played another key role in disseminating information about the nuclear crisis. This time, the sharing of scientific findings provides reflection and analysis, as well as context for the incident over temporal and geographic scales. Significant online attention has shaped the impact of various Fukushima-related science articles, crowdsourcing information for accuracy and importance. This allows populations that are most affected to obtain balanced scientifically-based views, not only of the present situation, but also of things to come.

3 Responses to “Interactions: Conversations About Disaster”

Interactions: The Year in Conversations | Altmetric.com

[...] for this article showed that the majority of tweeters (67%) originated from Japan. Back in October, we discussed the online attention surrounding this article, saying that its content “speaks to Japanese readers about more than butterflies, hinting [...]

[...] were in Japan; see Altmetric details). The altmetrics for this particular paper echoed the trends I observed previously, once again indicating particularly widespread usage of social media by the general public to share [...]

Broaden your horizons: impact doesn’t need to be all about citations | Altmetric.com