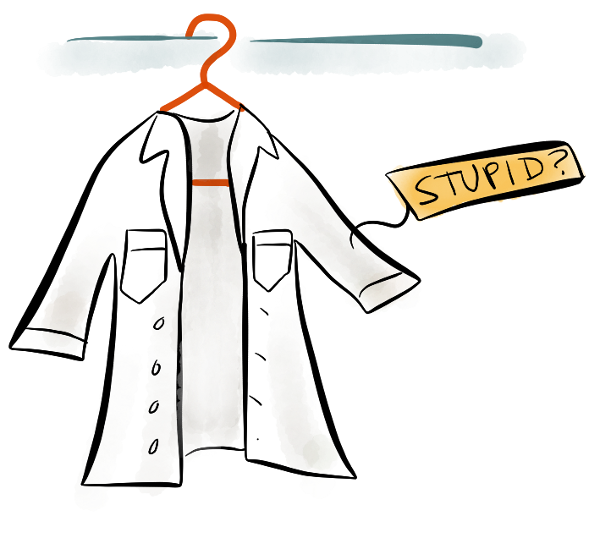 The hurdles of a research career

In the life of a scientist, frustrations and setbacks are experienced on a regular basis. The trouble typically begins in graduate school, during a scientist-in-training’s first genuine foray into the research world. Success, no longer measured only through grades, is determined by research output and impact. While the thrill of discovery can make all stresses completely worthwhile, the road to graduation isn’t easy – experiments may fail, equipment may break, mistakes may be made, and feelings of depression or incompetence (“impostor syndrome”) may lurk in the shadows. It is often the memories of perceived failures experienced during graduate school that lead many to choose a career away from the laboratory bench.

As the science world becomes increasingly more interconnected through microblogs, blogs, and other online media, much attention has been shifted towards improving the education, careers, and lives of scientists. Notably, graduate students, the scientists-in-training who work tirelessly to jumpstart their own careers while carrying forth the research agendas of their supervisors, have begun to utilise social media and blogging to a greater extent, engaging in discussions about life in graduate school and beyond. Much discussion has been centred on an essay by Martin A. Schwartz entitled “The importance of stupidity in scientific research”. Judging by the essay’s popularity in the attention rankings, it’s arguable that no other scholarly article has ever been able to capture the plight of the graduate student quite as well. (In terms of entertainment, however, the most famous accounts of graduate student troubles have been in Jorge Cham’s PhD Comics.)

Published in June 2008 in the Journal of Cell Science, Schwartz’s essay has been extensively circulated online between current, past, and prospective graduate students. In his article, Schwartz highlighted many issues that are experienced acutely by all researchers. Furthermore, he delivered the simple, motivational advice to embrace ignorance and accept that failure is a part of the scientific endeavour. Schwartz argued that changes in science education are needed, and suggested that budding scientists are taught the value of “productive stupidity”: that being wrong or not knowing something can actually fuel good research. The following quotation from the essay sums his message up:

“The crucial lesson was that the scope of things I didn’t know wasn’t merely vast; it was, for all practical purposes, infinite. That realization, instead of being discouraging, was liberating. If our ignorance is infinite, the only possible course of action is to muddle through as best we can.”

The educational impact of shared experiences

Response from scientists in the Twitterverse were positive, and many tweeters described the article’s message in the context of their own experiences.

Great article on why researchers need to be “stupid”–to accept the failure that happens along the way to discovery: bit.ly/ikQ1be

Something for all researchers or PhD students to read, that was just given to me by my advisor jcs.biologists.org/content/121/11… #gradschool #PhD

The essay by Schwartz also made a huge impact within the blogosphere, and was widely mentioned in detailed posts by PhD-level scientists (Andrew David Thaler; Stephanie Chasteen; Bug_girl) and graduate students (Stacy Dikareva) at various stages in their careers. The article was even mentioned in a short video segment from “Science in Seconds” that briefly explored the difficulties (pre-figshare) in publishing negative data. The video ended with the following declaration by the host, post-doc Rheanna Sand:

“So it is with great pride that I say ‘I am one stupid scientist’”.

In spite of all the different experiences and viewpoints expressed online, it became clear from the reaction to the essay that “feeling stupid” transcended all scientific disciplines and career stages. And most importantly, this feeling was natural, and should be harnessed in a positive way to overcome hurdles in research.

Although it was only cited by 17 scholarly articles (according to Google Scholar), the wider impact of the Schwartz essay, based on online attention scores, has been substantial. As researchers continue to spread the word online, perhaps the essay can help to significantly change the nature of graduate school by shifting the way the words “stupidity” and “failure” are considered in the context of being a productive scientist.

1 Responses to “Interactions: It's OK, Scientific Stupidity is Normal”

From our blog archives: how an essay on "scientific stupidity" showcased the educational impact of shared experiences http://t.co/A0zuBMjf5A