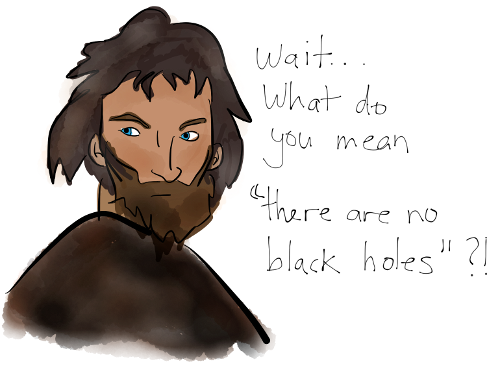 Thus far, this Interactions blog series has explored the online attention that flows around scholarly papers; the series has also attempted to determine how (and if) such attention provides evidence of a paper’s societal and/or academic impact. The Interactions: High Five posts examine the “top of the pops” for each month. Last year, we saw that the popularity of papers is largely determined by the reading and sharing habits of members of the public. We also saw similar popular themes crop up over and over again (notably in our 2013 Top 100 list); these tended to be medical matters, offbeat topics, current events, and general curiosities about the world we live in.

This month, the High Five returns with 5 more articles (published in January) that captured the imagination of the general public. But why were the articles so popular? I think that the articles are loosely joined by one particular thread: our own lives. January is always a pretty introspective month, with resolutions and all – and on display here is a collection of articles that concern our social lives, our caffeine addictions, our general knowledge of the universe, our driving habits, and even our evolutionary history.

The first paper, a pre-print by Cannarella & Spechler, was submitted to arXiv on 17th January. The paper involves an epidemiological analysis of a platform that has played a pivotal role in the popularisation of online social networking: Facebook. For “digital natives” and late adopters alike, Facebook has been involved in shifting our online and offline social interactions. Perhaps to imagine a not-so-distant time in the future, when Facebook is in major decline, is to imagine an Internet that we no longer recognise. And that revelation alone probably gave the paper its massive appeal, at least in the initial wave of attention (see Altmetric details page). One user tweeted that it would be “hard to believe”, but that it was mathematically plausible that Facebook could die.

Around the 21st-22nd January (soon after the arXiv pre-print appeared), many news outlets started crowing about the finding. TIME Magazine’s headline declared “Facebook Is About to Lose 80% of Its Users, Study Says”, while Phys.org reported that “Facebook could fade out like a disease, math model says”. (This post on Language Log does a good job of summarising the hype.)

What’s interesting about the article’s attention was that distinct waves of online activity came after the online publication of Cannarella & Spechler’s pre-print. There was, of course, the initial frenzy of sensationalised news coverage, but this was swiftly followed by an unusual response from Facebook itself. On 23rd January, data scientists at Facebook posted a critical “debunking” of the Canarella & Spechler paper. In this mock study, the Facebook data scientists exposed some key flaws in the pre-print’s methods of analysis, and provoked a huge second wave of media attention. TIME Magazine sheepishly posted a new story with the headline, “Actually, Facebook Is Not About to Lose 800 Million Users”, and Business Insider reported that “Princeton Study Saying Facebook Is Doomed Gets Destroyed In Hilarious Fashion By A Facebook Data Scientist”.

Facebook staff weren’t the only ones to give the pre-print a thorough debunking. Will Oremus from Slate wrote about the paper’s “bad science”, as did angry blogger John B, who went as far as to state in the title of his post that the paper was “a disgrace to Princeton’s name”.

Everyone always seems to be looking for ways to justify their high consumption of coffee and tea (also suggested by my previous “food altmetrics analysis”), so the fact that this new study in Nature Neuroscience provoked a veritable blizzard of press activity makes a lot of sense. The headlines were certainly seductive, and some were even downright poetic (“A cup of memories” according to The Australian). The claims of caffeine being able to “boost memory” were widely reported by reputable news sources like the BBC, The Independent, and The Atlantic, and hundreds of social media users enthusiastically tweeted links to the relevant Nature Neuroscience paper (see Altmetric details page).

But amongst all the happy tweets extolling the virtues of caffeine, something interesting was happening on Twitter: post-publication peer review. It started with this tweet which described some concerns in the statistical testing:

And eventually, the Principal Investigator of the study (Dr. Mike Yassa) stepped into the conversation to address the concerns. Interestingly, this Twitter conversation about a “weak statistical analysis” was cited in a note on a ‘Phenomena: Only Human’ blog post, which advised that readers interpret the content of the post accordingly.

A separate Twitter thread discussing this case of post-publication peer review is also an interesting read. Click the date on the tweet below to view the replies.

According to Professor Stephen Hawking, black holes are actually not how we imagine them to be (or even how he imagined them to be: he was the author of a key 1976 paper on the subject). Last summer, Professor Hawking brought his new views to light via Skype for the Fuzz or Fire event at the Kavli Institute for Theoretical Physics (University of California). Recently, the content of his talk was posted as a paper on arXiv, in which Professor Hawking wrote “that there are no black holes – in the sense of regimes from which light can’t escape to infinity”.

The revelation that black holes may not exist the way we had previously assumed, coupled with the fact that it was the incredibly famous Hawking who made the claims, attracted a huge amount of attention to the paper (see Altmetric details page). PhysicsWorld summarised the ensuing mainstream media mayhem in their news headline: “When Stephen Hawking talks, people listen”.

This article in the NEJM served as a very important public service announcement, warning of the dangers that come from being distracted at the wheel, particularly by mobile phones. Since the study found that novice drivers were at the greatest risk of traffic collisions as a result of distraction, most of the mainstream media coverage of this article was aimed at the parents of teen drivers. (The story appeared in major outlets like Reuters and MSN, as well as parenting magazine Parent Herald.) The online medical blogosphere also tried to spread the important message, and NIH Research Matters and Clinical Correlations both did nice jobs highlighting the study.

While the vast majority of Twitter users who shared this NEJM paper were members of the general public, it was also interesting to see that a few of the social media accounts that belonged to lawyers (see Altmetric details page). One personal injury law firm posted a link to the article on their Facebook page, writing “Those of you with teenage drivers, PAY ATTENTION!!!” The Texas Trial Lawyers Association also quoted the study on their Facebook page.

Finally (to finish off our list), a new paper in Nature presented a genetic analysis of a 7,000-year-old tooth belonging to a Mesolithic European man. The paper ignited the curiosity of many members of the general public (84% of all tweeters) and got the mainstream media buzzing (see stories on BBC, Forbes, UPI, and The Guardian). A large amount of scholarly discourse occurred as well, as the article sparked several conversations on anthropology blogs. Some interesting threads of discussion can be found in the comments on Dieneke’s Anthropology Blog, For what they were… we are, and Eurogenes.

Nature decided to promote their article through their Twitter account. Their tweet was subsequently re-tweeted over 100 times, perhaps because it was accompanied by a rather striking illustration of the Mesolithic man:

Genome sequence of a male hunter-gatherer who lived in Spain around 7,000 years ago: http://t.co/o2GvIFmTnD IMAGE: pic.twitter.com/KiPaJSvbzy

As always, science seems to remind us of the various things that we see and encounter in our daily lives. So amusingly, one user couldn’t help but notice that the Mesolithic man had a modern human doppelgänger:

The paper “Dogs are sensitive to small variations of the Earth’s magnetic field” (published in Frontiers in Zoology on 27 December 2013) just happened to miss the cutoff to appear on this list, as it was published in December. However, the paper, which concerned some rather unusual toilet habits of dogs, garnered a great deal of attention throughout January; there were numerous comments (and poop jokes) on social media, along with many news stories and blog posts (see Altmetric details page). Most of the news and blog coverage came from popular media outlets (see stories on PBS Newshour, redOrbit, and Motherboard), but a more critical analysis also appeared on The SkeptVet Blog.

A final paper worth mentioning is “Searching the Internet for evidence of time travelers” (submitted to arXiv on 26 December 2013). Because of its unusual subject matter (and interesting findings), the paper received a lot of attention on numerous blogs, mainstream media, and of course on social media (see Altmetric details page).

In January, people talked about science that reminded them of their lives. The High 5 list has returned to our blog: http://t.co/h8dtrn6Bvf