Following in the style of my 2012 “The Year in Conversations” post, I’ll be writing a special Interactions monthly wrap-up post about 5 new and popular articles in the Altmetric database. 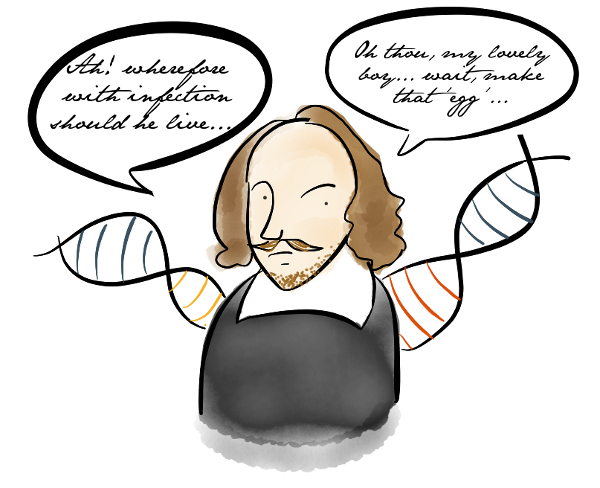 What were people talking about in January? Despite the fact that the month is pseudoscientifically famous because of “Blue Monday”, there was talk about how it could actually be good to be down in the “dumps” (literally – and I’m not talking about mood). And with the prophesised Mayan doomsday behind us, people shared the work of scientists who have found a way to apocalypse-proof data in a clever way. Other topics included the exoneration of eggs, a famous scientist’s new take on cancer, as well as a new, ultracold frontier for science.

1. “Duodenal infusion of donor feces for recurrent Clostridium difficile”
Published on 16 January 2013 in The New England Journal of Medicine

Earlier this month, mainstream news outlets, blogs, and social media conversations were overrun by a startling phrase: “fecal transplant”. The attention centered around recent research examining the use of fecal transplants as a treatment option for recurring diarrhea-causing C. difficile infections. Two particularly visible papers on the subject were published this month: one in Microbiome (see Altmetric score details) and another in the New England Journal of Medicine (see Altmetric score details), which was a clinical trial that made it to #1 on this January “high-five”.

People inevitably turned to toilet humour to communicate about the research (e.g., Slate ran a headline that proclaimed “The Enema of Your Enemy is Your Friend”), but most of the attention surrounding the topic had a serious tone. Bloggers were able to convey the importance of the research, and notable posts included one on the University of Chicago Medicine & Biological Sciences’ Science Life blog which talked about a young boy who had been successfully treated with a fecal transplant. Another interesting post on Wired’s Superbug blog looked at the clinical trial reported in the New England Journal of Medicine, while also placing the research in a broader context.

News spread quickly about a team that had encoded the complete sonnets of Shakespeare (among other things) in DNA. This remarkable scientific achievement helped to renew public interest in the storage capacity of DNA. In a Nature paper published in late January, a team from the European Bioinformatics Institute of the European Molecular Biology Laboratory (EMBL-EBI) described a new method for encoding large amounts of data into specific combinations of nucleotides. This method not only improves the accuracy of data retrieval but also increases the amount of data that can be stored.

The paper was very popular on social media, and was also discussed extensively in various news articles and blogs (see Altmetric score details). The mention of sonnets even prompted The Griffin Trust (which awards the Griffin Poetry Prize) to re-tweet a link to the paper, which certainly speaks to the wide appeal of the EMBL-EBI group’s research.

For some time now, the reputation of eggs has been marred by their high cholesterol content. As high dietary cholesterol is associated with a risk of cardiovascular disease, there’s been some confusion over whether or not eating eggs is good for health. Early in January, BMJ published a new meta-analysis (conducted with results from 8 studies), which concluded that there no association between “higher” egg consumption (1 egg per day) and a higher risk of coronary heart disease or stroke. The article was highly-mentioned on Twitter and Facebook (see Altmetric score details) but I thought I should leave the last word on the subject to Richard Lehman, since he summed things up most entertainingly on his weekly journal review blog on the BMJ site:

Why anyone should be troubled by the consumption of eggs as a medical issue, I cannot imagine, but this dose-response meta-analysis of the subject simply reinforces my advice to eat lots of eggs. They do not increase your risk of stroke or coronary disease, but even if they did, it would simply be a good reason to eat as many as you can while you still have the chance.

4. “Oxidants, antioxidants and the current incurability of metastatic cancers”
Published on 9 January 2013 in Open Biology

James (Jim) Watson, having shared the 1962 Nobel Prize in Physiology or Medicine with Francis Crick and Maurice Wilkins for the discovery of the structure of DNA, is no stranger to fame. Last month, his new perspective paper on cancer (some of which is written in the first person) was published in Open Biology and drew much attention from social media, news, and blogs (see Altmetric score details). In spite of Watson being such a prominent and controversial figure in science, most social media mentions of his article commented on the content, and not all included his name. The article was highly shared on Twitter, primarily by members of the public (58%) and scientists (22%).

5. “Negative absolute temperature for motional degrees of freedom”
Published on 4 January 2013 in Science

When this Science article first appeared in our database, a few of us in the Altmetric office were scratching our heads trying to imagine the concepts introduced by the report. The paper described an experiment which allowed negative temperatures (relative to absolute zero) to be achieved in a quantum gas. Although the paper was shared by many on Twitter (see Altmetric score details), clearly, we weren’t the only ones who were a bit stumped…

Physics continues to destroy my mind sciencemag.org/content/339/61… – this is worse than the particle that is its own antiparticle.

Luckily, science bloggers came to the rescue: posts at Empirical Zeal, Uncertain Principles, and All That Matters provided excellent explanations of the phenomenon, while another at Proteins and Wave Functions dug deeper into the maths behind the paper.

Notes: Rankings are accurate as of 1 February 2013. Paul and Anne Ehrlich’s paper “Can a collapse of global civilization be avoided?” (published 9 January 2013) actually should have been #2 on this list, but was omitted because its alt-metrics were discussed in last week’s Interactions post, “Emphasis on ‘Apocalypse'”.

[...] Last month, his new perspective paper on cancer (some of which is written in the first person) was published in Open Biology and drew much attention from social media, news, and blogs (see Altmetric score details).  [...]

[...] topics always seem to be popular on our High Five lists (see January and February of this year), but surprisingly, this month only had one medical article that received [...]