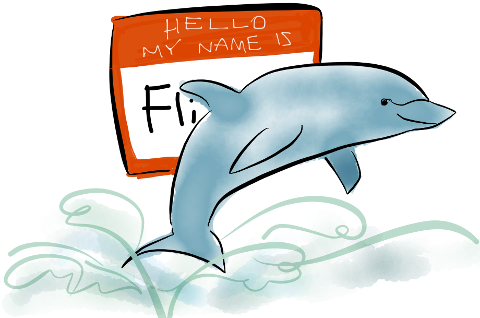 What kinds of research did people talk about in July?  Interestingly, most of the popular articles that I selected for the July High Five were actually published near the end of the month, and all of them were mentioned in several news outlets. The Interactions blog series returns (from a brief summer hiatus) with this monthly wrap-up of 5 new and popular articles picked from the Altmetric database. Data are accurate as of 1 August 2013.

1. Creating a False Memory in the Hippocampus

Published on 26 July in Science

This month, neuroscience researchers from MIT published a paper in Science that inadvertently reminded many people of science-fiction films such as Inception and Total Recall (see Altmetric details). The paper, which became hugely popular online within days of publication, described experiments in which memories of an unpleasant event (a foot shock) were artificially induced in mice. (The new paper followed from a 2012 paper in Nature by the same team, which had also been quite popular online.)

On social media, a diverse population of users were trying to decide if they found the findings cool or creepy. Different users seemed to be drawn to different aspects of the paper. Some thought the paper was “freaky”, whereas others just referenced sci-fi films. A few organisations shared the paper, too: the Society for Neuroscience-México posted a link to the paper on its Facebook wall as an interesting neuroscience news story. In contrast, the ethical implications of the experiments seemed to appeal more strongly to the Johns Hopkins Berman Institute of Bioethics, which shared the paper on Twitter and tagged the tweet with the hashtag #Neuroethics. Even the Twitter account of a journal called BioTechniques (The International Journal of Life Science Methods) tweeted a link to the paper, possibly because of the interesting optogenetic methodology employed by the authors.

The findings of study were reported in a large number of mainstream news outlets, and the headlines ranged from modest (“Scientists give mice false memories”, CNN) to grandiose (“The Era of Memory Engineering Has Arrived”, Scientific American). The paper also received science communication coverage in a number of mainstream blogs (io9, Ars Technica, Boing Boing, and the TED Blog). In spite of the great popularity of this paper in the mainstream media, I didn’t end up seeing any analytical blog posts written by scientists at the time that this post was being written.

So, some of our friends are eternal-sunshining false memories into mice brains with light: http://t.co/cukN7DWNDN http://t.co/iJOEE5HWwm

MIT scientists create false memories in mice by (I simplify a bit) shining light on cells in the hippocampus: http://t.co/LFVimY3Vtv Freaky.

Published on 24 July in PLOS ONE

Infection by fungal parasites can be a devastating problem for honey bee populations, and can lead to a phenomenon known as “colony collapse disorder”. In this new paper published in PLOS ONE, researchers from the USA reported that honey bees exposed to high amounts of pesticides were more likely to be infected by fungal pathogens belonging to the genus Nosema.

The paper was picked up on social media by individuals and even beekeeping associations (Ontario Beekeepers and Greater Cleveland Beekepers) (see Altmetric details). The paper was also mentioned several times in the blogosphere; notable posts came from Paige Brown (in From the Lab Bench), who explained the research context of the new PLOS ONE paper, and Peter Dearden (in Southern Genes), who wrote about the honey bee situation in New Zealand. Blogger Alex Wild (in Myrmecos) had strong opinions about what he felt was sensationalist media coverage (specifically through the story “Scientists discover what’s killing the bees and it’s worse than you thought”):

Compare this sensational media coverage: http://t.co/7jPCIlEmAO with the measured tone of the research paper: http://t.co/uiLHql1skX

Overall, most news headlines pertaining to the paper were quite careful not to use the study’s findings to aggressively link pesticides to colony collapse disorder. For instance Phys.org used the headline “Common agricultural chemicals shown to impair honey bees’ health”, while redOrbit used the headline “Bee Colony Collapse Influenced By Cocktail Of Agricultural Chemicals”.

Published on 25 July in Current Biology

A flurry of news headlines proclaiming that the moon could be blamed for a bad night’s sleep inundated the web last week, following the publication of a new paper in Current Biology (see Altmetric details). The paper (authored by researchers from the Centre for Chronobiology at the Psychiatric Hospital of the University of Basel) came from a new analysis of previous data, which suggested that the lunar cycle could influence sleep quality and melatonin rhythms in humans. (On how the unusual subject matter came about, the authors wrote in their paper: “We just thought of it after a drink in a local bar one evening at full moon, years after the study was completed.”)

Although mainstream news outlets and blogs reported enthusiastically about the findings (see stories on National Geographic, The Economist, TIME Magazine, NPR, Discover Magazine, and New Scientist, as well as this slightly bizarre take from The Daily Mail), responses to the paper on social media were more mixed. Several people declared that the study affirmed what they had already experienced, but others were more critical. One user angrily dismissed the study design and findings, and some users were suspicious of the paper even before they had actually read it (see this tweet and this one). There were, however, no analytical blog posts about the paper that I could see. Ultimately, most people ended up sharing the article for general interest, rather than for scientific discussion.

Published on 3 July in PLOS ONE

Lake Vostok, an Antarctic lake that lies below a glacier, was recently found to contain many more organisms within its depths than had been previously assumed. The new paper, published in PLOS ONE, immediately attracted significant social media attention amongst biologists, and even the scientist who edited the article wrote a tweet about it (see Altmetric details). Many news outlets (like BBC and Popular Science) and mainstream blogs (like Motherboard, io9, and Ars Technica) all jumped on the story, contributing to a sharp boost in the paper’s online visibility.

It may be buried under 3,700 meters of ice, but Lake Vostok, Antarctica, is a pretty lively place. http://t.co/ThWlxqnyeS @PLOSONE

5. Bottlenose dolphins can use learned vocal labels to address each other

Published on 22 July in PNAS

It was easy to see why a new paper published in PNAS last week became so popular: researchers from the Sea Mammal Research Unit (University of St. Andrews, UK) reported that bottlenose dolphins are able to communicate with each other as if by “name”, using individually-associated whistling sounds. The story was widely reported in mainstream news and blogs – and, as one might expect, plenty of references to Flipper were bandied about in the headlines (see Altmetric details).

The paper was widely shared on social media, although with minimal commentary. (The exception was one user, who tweeted “I fear the day they come ashore”. His comment seemed to echo the cynical tone of the Motherboard’s take on the paper.)

If you want me just whistle: A wild dolphin answers to its signature tune the way someone answers to a name. http://t.co/lcAVw0f8PZ

Now… what kinds of interesting stories will August bring?