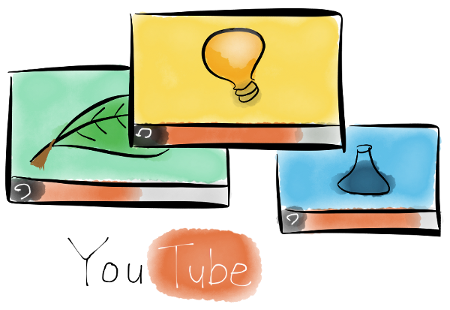 This week, the new Video tab on Altmetric details pages went live. Now that Altmetric is collecting mentions of articles from YouTube, it seems fitting to mark the occasion by devoting this Interactions post to the topic of videos in research.

For a great many scientific disciplines, it can make a lot of sense to film things; for instance, experimental procedures and observations are often easier to understand by watching a video than by reading text. Videos can also appeal to broader audiences by helping to convey scientific concepts in a richer, more engaging way. However, production is time consuming and may be costly depending on how  ambitious the project is.

Now that Altmetric is compiling scholarly attention from YouTube, we’ve been able to observe a variety of ways in which videos are used. The videos fall into four major categories, all of which are characterised by distinctive presentation styles: (1) research news, (2) researcher perspectives, (3) scientific phenomena, and (4) supplementary material and presentations. For this week’s Interactions, I looked at different examples of these kinds of videos, and examined their different applications in communicating science.

Just as many blogs and podcasts have dedicated legions of followers, many blog- or -news-style YouTube channels are also extremely popular. Notable channels (some of which have hundreds of thousands of subscribers) include SciShow, NPR’s Science Friday, Veritasium, and Discovery Channel’s DNews, and these are constantly updated with new content about the latest research. The main purpose of these channels is to communicate science to broader (and often younger) audiences, and as a result, the videos tend to be quite vibrant and informal. Take a look at the bubbly style of the example video below, which is a research news update from DNews concerning a January 2013 paper in Current Biology.


Note that plenty of independent user-generated content on video blogs also exists on YouTube, and these tend to use recent scientific papers to support personal opinions or theories. Although Altmetric collects these videos, I won’t be specifically discussing those in this post.

Videos showcasing the voices of researchers tend to be more formal compared to the news reports, and so they’re generally geared towards academics who have a specific interest in the papers being discussed. Such videos may be created by journals (see the channel of the European Journal of Neuroscience), institutions (see the UCLTV channel), or even the researchers themselves (see the Buildlab channel). Whether they are interviews or researcher-generated content, these researcher perspective videos allow viewers to hear first-hand accounts of the stories behind the science. As an example, see the video below from UCL, in which Dr. Chris Brierley discusses the April 2013 Nature paper that he co-authored.

The “wow factor” is an important part of videos that capture scientific phenomena. Such videos are designed to capture the imaginations of  non-specialist audiences. As works of art in themselves, these videos are characterised by great visuals that demonstrate the beauty of science. For instance, take the slow-motion opening sequence of the video below: when have you ever seen a more epic video of a slinky? (This video also features an interview with Professor Mike Wheatland, a co-author of the related arXiv paper.)

As I mentioned earlier, videos can be used to quickly and clearly demonstrate experimental procedures and observations. As such, these kinds of videos often appear as supplementary materials for papers. Many journals display supplementary materials directly on article pages (see this PLOS ONE article which deposits all supporting material on figshare) or on a related page (see this Science article). The videos that appear on journal sites are generally hosted on the publishers’ websites and are currently not picked up by Altmetric. At any rate, many of these supplementary videos are subsequently uploaded by other users onto YouTube and then are sometimes embedded in news reports. The example video below was uploaded by the Nature Medicine YouTube channel, and demonstrates the technique described in an April 2013 paper published in Science.


Video recordings of seminars and conference presentations are increasingly being posted online, providing useful content to people who were not present at the event, as well as to attendees who wish to revisit the content. The video below shows a presentation that was given at the 2009 ACM Symposium on User Interface Software and Technology (UIST) – clearly, people have been very responsive to the material, since the video has been viewed an impressive 18,200+ times to date.


Even though creating a video to accompany a paper is still not common practice for most researchers or publishers, it’s clear that there’s a lot of potential for the use of videos in science communication. Here’s a question for you, then, readers: how often do you watch science-related videos? And are there other innovative ways that videos can be used to spread science?