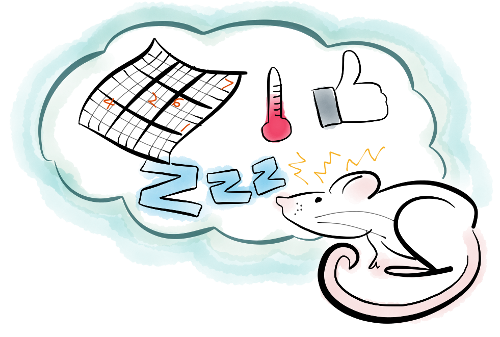 What kinds of research did people talk about in March?  For once, non-health topics were more prominently featured – people talked about Facebook, mind melds, Sudoku, and climate science. Here is another Interactions monthly wrap-up featuring a selection of 5 new and popular articles in the Altmetric database. Data are accurate as of 27 March 2013.

Sudoku, a number puzzle, was first popularised in Japan, so it isn’t too surprising that 84% of tweets about this new arXiv paper were sent from Japan (see Altmetric details). The arXiv paper, which detailed a new method for creating the world’s hardest Sudoku puzzle, received the most attention this month, mainly because of 2 particularly influential tweets: this one by physicist Ryugo Hayano (which got over 1000 re-tweets) and this one by plant biologist Keiko Torii (which got over 100 re-tweets).

However, a strange twist is revealed by looking at the alt-metrics of this paper: the nature of some of the comments changed after a few days and people even started to find the paper funny. Why? Well, it turns out that the difficulty of the puzzle had been overstated, and 3 days after the article was published online, a revision was sheepishly added to the article’s abstract:

… the created puzzle can be solved easily by hand. Our definition of the difficulty is inappropriate.

Oops. Well, even though the hardest Sudoku puzzle ever created didn’t actually turn out to be that hard, the paper still grabbed the top spot on the Altmetric attention rankings for this month… and gave a couple of tweeters a chuckle, too.

This is probably the most hilarious abstract I’ve ever read arxiv.org/abs/1303.1886 (hat-tip: Flip)

2. Impact of insufficient sleep on total daily energy expenditure, food intake, and weight gain
Published on 11 March in the Proceedings of the National Academy of Sciences

Health topics always seem to be popular on our High Five lists (see January and February of this year), but surprisingly, this month only had one medical article that received a large amount of attention. Popular because of its practical implications, this article in PNAS described alterations in energy expenditure, quantity of food consumption, and weight following short-term sleep deprivation. The article widely shared by members of the general public (91% of tweeters) on social media, although mentions also appeared on a German news outlet and this Popular Science blog (see Altmetric details).

3. A brain-to-brain interface for real-time sharing of sensorimotor information
Published on 28 February in Scientific Reports

This month, this article in Scientific Reports made waves (and reminded people of the Borg) by describing the first-ever electronic brain linkage between 2 living rats. In the study, a “brain-to-brain interface” was used to exchange electronic pulses between the brains of 2 rats (an “encoder” rat and a “decoder” rat), allowing them to cooperatively accomplish simple lever-pressing tasks. This was achieved across separate rooms and even across separate continents over the Internet.

The article was publicised in many mainstream news media outlets, including The Guardian and The New York Times, and was the subject of numerous blog posts (see this post on Talking Back, and this one on Neurophilosophy). On Twitter, the reactions were varied: most people thought the research was pretty cool, some hailed it as a “breakthrough”, whereas others just found it slightly creepy (see Altmetric details).

4. Private traits and attributes are predictable from digital records of human behavior
Published on 11 March in the Proceedings of the National Academy of Sciences

“Your preferences define you.” This statement, from a ScienceNOW news story, aptly sums up a recent paper in PNAS which revealed how Facebook likes can predict (with varying accuracy) many personal details of individuals. The paper was covered by a few mainstream news outlets, but most of the discussions took place in blog posts and on social media (see Altmetric details). In addition to crafting summaries of the research, bloggers made the most of this interesting scientific material by approaching the topic from different angles: this blog post on arstechnica and this one on Discoblog’s NCBI: ROFL highlighted the humourous and puzzling correlations the researchers had found between intelligence and liking curly fries, while this excellent blog post on Practical Ethics (University of Oxford) took a serious look at the ethical implications of releasing too much information through Facebook likes.

I predict you will like this PNAS paper: pnas.org/content/early/…

This is the best paper ever. Now I know why I like Curly Fries and Science. pnas.org/content/early/…

5. A reconstruction of regional and global temperature for the past 11,300 years
Published on 8 March in Science

We’ve all heard of studies that span a couple of decades, but how about one that looks at trends over 11,300 years? A recent paper in Science attracted a lot of attention with its finding that current global surface temperatures are warmer than they have been during approximately 75% of the last 11,300 years. The paper was widely reported in the news, with headlines ranging from pessimistic (see The Atlantic’s “We’re Screwed: 11,000 Years’ Worth of Climate Data Prove It”) to mildly panicked (see CBC’s “‘Rapid’ heat spike unlike anything in 11,000 years”) to hopeful (see Forbes’ “What Excellent News: Earth Warmer Than in Most of the Past 11,300 Years”).

A large amount of blog and social media chatter followed the article’s publication (see Altmetric details), and many references were made to the “hockey stick graph” that was the subject of controversy several years ago. Michael Mann, the lead investigator who published the “hockey stick graph”, contributed to the online buzz by tweeting to his 8000+ followers about the new Science paper:

This BMJ article, “The future of the NHS—irreversible privatisation?” (published on 20 March) didn’t make the High Five list because it’s  an interview transcript (not a study) about upcoming changes to the NHS (National Health Service) in the UK. However, with an Altmetric score of over 2000, the transcript was the most popular item in our attention rankings for March. The Altmetric details indicate that all of the attention surrounding the transcript has been on Twitter and Reddit, and 69% of the tweets were sent from the UK. People are clearly passionate about the topics covered in the transcript: in slightly over a week, this article has become the most popular BMJ publication that Altmetric has ever seen.