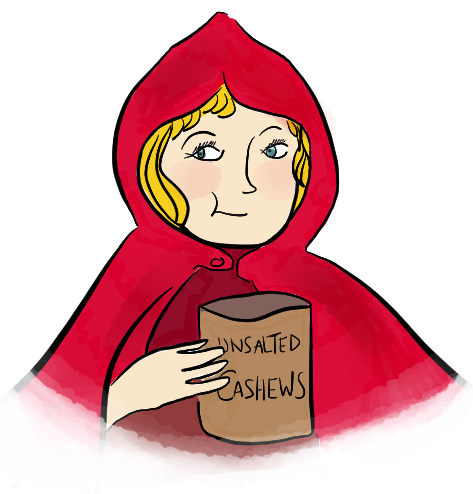 This month, medical topics dominated our High Five list. Some papers that received the most attention came from the New England Journal of Medicine, BMJ, and Plastic and Reconstructive Surgery. PLOS ONE also captured public imagination with 2 curious and headline-grabbing articles. Here’s another monthly wrap-up of 5 of the most highly mentioned articles from the Altmetric database in November. Data are accurate as of 28 November 2013. Please note that the Altmetric scores shown here represent the amount of attention surrounding individual articles, and  don’t indicate the quality of the research.

“Association of Nut Consumption with Total and Cause-Specific Mortality”

Published on 21 November in New England Journal of Medicine

A large-scale observational study was published in NEJM a bit over a week ago, and immediately made a splash in the news and on the blogosphere  (see Altmetric details). Although the authors were very careful not to imply a causative relationship, they noted that they had found an association between increased intake of nuts and reduced mortality. Mainstream news outlets pounced on the story, and as of 29 November, Altmetric had tracked 77 stories from 70 different outlets.

Most of the scholarly blog posts that reviewed the study’s findings cautioned that there was only a correlation between nut consumption and reduced mortality. (Good posts can be found on The Reference Frame and Clinical Correlations.) However, one blogger went a bit further and completely slammed the study, giving his post on JunkScience.com the title “Harvard Nutcase” (referring to the affiliation of some of the study’s authors). On Twitter, many of the tweets were sent by healthcare practitioners (20%). Overall, most people who tweeted about the study’s results did so in a positive way. However, there were some, including a science and health correspondent at Reuters, who were a bit more critical (The study had been funded by a non-profit organisation known as the International Tree Nut Council Nutrition Research & Education Foundation; the Improbable Research blog also highlighted this connection. However, NHS Behind the Headlines noted that the authors of the study had included a disclosure statement in their paper, indicating that the funder did not influence the design or conduct of the research.)

“Is ‘Huh?’ a Universal Word? Conversational Infrastructure and the Convergent Evolution of Linguistic Items”

Published on 8 November in PLOS ONE

This paper, with its catchy title and curious findings, garnered a huge amount of social media, press, and blog attention (see Altmetric details). The authors of the paper made their own site about their project, in which they highlighted the international mainstream media coverage. Numerous social media posts linked to the article, and the vast majority of tweeters (80%) were members of the public. Even though the ubiquity of “huh” was the subject of a very long and involved Reddit thread, it was clear from most of the comments that people were not analysing the paper itself, but simply addressing the general topic. However, there were some detailed discussions about the paper within the comments of this Language Log post.

Published on 13 November in PLOS ONE

Evolution and anthropology buffs got a huge kick out of this paper, which reported on a phylogenetic analysis on folktales, including ‘Little Red Riding Hood’. The paper was covered in several science-oriented news outlets, including Phys.org, National Geographic, and redOrbit, but also made it onto mainstream outlets such as Salon (see Altmetric details). On social media, a large proportion of tweeters were scientists (22%), and many appeared to be working in biological sciences.

The paper was also mentioned on several scholarly and science communication blogs, including the EvoS Consortium, Nothing in Biology Makes Sense!, anthropologyworks, and The Last Word on Nothing.

Published on 29 October in BMJ

Participants in clinical trials might assume that they are making important contributions to medical research. So what happens if the results of the trial are never published? This new BMJ study found that the results from large randomised clinical trials are often unavailable in published form or in the ClinicalTrials.gov registry, raising some important ethical questions.

There was quite a bit of discussion surrounding the findings and implications of this paper. This Reddit thread was very active, as were several medical blogs – check out some good posts on Hooked: Ethics, Medicine, and Pharma, the Physicians for a National Health Program blog, and PharmaGossip (see Altmetric details). On social media, many physicians and healthcare organisations shared links to the BMJ paper. Prominent physician and author Ben Goldacre tweeted about the paper, and this received over 60 re-tweets. Another physician commented:

How can we possibly get things right when a third of large RCTs go unpublished? http://t.co/eeaTmNOJvx @bmj_latest — David Juurlink (@DavidJuurlink) October 30, 2013

“Facial Changes Caused by Smoking: A Comparison between Smoking and Nonsmoking Identical Twins”

Published on 1 November in Plastic and Reconstructive Surgery

Photographs taken from this new twin study were recently plastered across mainstream news and blog sites, attracting a significant amount of online attention. The study was tweeted widely by members of the general public (81%), and quite a few healthcare practitioners also shared the paper (10%) (see Altmetric details). The study, which examined the faces of identical twins, looked at the effects of smoking on changes in facial features. (For each of the twin pairs, one twin was a smoker and the other was a non-smoker.) The study identified several age-related changes in facial features in the smoker twins, which the authors attributed to smoking.

The findings of the study and the interesting means of data collection (done over several years at the annual “Twin Days Festival“) made the paper very popular on social media, news sites, and mainstream blogs. Some of the coverage blew the story out of proportion (e.g., see the Daily Mail’s take, which states that the study provided “proof” that smoking is bad for your looks), but some of the social media posts were a bit more balanced:

My newest @altmetric doodle. Wondering what papers it represents? Have a look at this: http://t.co/R5yDKDd2kP http://t.co/ICGI1y4tGY

Monthly wrap-up of 5 of the most highly mentioned articles from the @altmetric database in November .http://t.co/7VTCBGcwOL @portablebrain

In case you missed it yesterday - our November High Five blog post: http://t.co/TOe1r961Nf