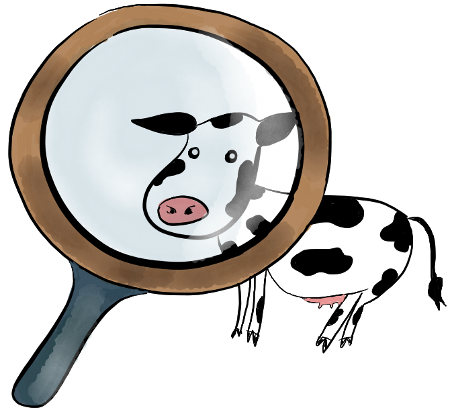 Most of the time, this Interactions series on the blog highlights the top of the attention rankings: the papers that went viral, the papers that were popular in a given month, etc. For this week’s Interactions, I decided to profile the altmetrics of 3 interesting papers from journals published by Wiley. (Earlier this week, there was an announcement from Wiley saying that they had begun a trial of article level metrics. Check out our news update for more information.) While the papers I picked weren’t necessarily the highest scoring ones in their respective journals, they each were associated with interesting altmetrics data that helped to illuminate some aspect of research impact.

“What, Another Nobel Prize in Chemistry to a Nonchemist?”
Published on 9 February 2012 in Angewandte Chemie

Robert Lefkowitz and Brian Kobilka won the 2012 Nobel Prize in Chemistry for their significant contributions in the study of G protein-coupled receptors (GPCRs), but they aren’t pure chemists in the traditional sense. Since one might be more inclined to classify Lefkowitz and Kobilka’s research under the disciplines of pharmacology or biochemistry, this Nobel Prize win pointed back to a controversy had been brewing for some time: many chemists have felt increasingly uneasy about the trend of Nobel Prizes in Chemistry being awarded to non-chemists. (See blog discussions about the Nobel Committee’s break with tradition here and here.) The blurred boundaries between the life and physical sciences were addressed in an interesting 2012 editorial written by Nobel prizewinner Roald Hoffmann (Department of Chemistry and Chemical Biology, Cornell University), who urged his chemist colleagues not to be angry, but instead to “embrace the far and influential reach of chemistry”.

The editorial sparked animated conversations within the highly-active online chemistry community (see Altmetric details), and Hofmann’s sentiments were echoed by many on social media. On Twitter, 58% of those who tweeted about Hoffmann’s paper were scientists. One user with a PhD in chemistry tweeted about Hofmann’s paper, calling it a “smackdown”:

The paper was shared by influential journal and magazine Twitter accounts such as @NatureChemistry, @ChemistryWorld, and @angew_chem, ensuring that the intended audience was reached. Additionally, excellent and thoughtful blog posts by academics appeared on The Curious Wavefunction, In the Pipeline, Condensed Concepts, and Just Another Electron Pusher, prompting further discussion. Posts about the paper also appeared on Reddit. Taken together, all of this varied attention made this paper the 2nd highest scoring article in Angewandte Chemie that Altmetric has seen so far. But more importantly, the high amount of attention captured in the altmetrics data illustrated some ways in which a highly-articulate academic community have been using online tools to discuss important issues that affect their discipline.

In addition to helping to identify features of online communities, altmetrics can showcase the trajectories of science news stories and indicate which audiences were reached. This was particularly evident from the uptake of a paper published in EMBO Molecular Medicine. The revelation that methicillin-resistant Staphylococcus aureus (MRSA) can spread from livestock to humans sent chills down the spines of thousands of people after the publication of a study led by Mark Holmes (University of Cambridge). In the study, the researchers described how they sequenced the whole genomes of MRSA isolated from 2 infected Danish people and their livestock. They reported that all of the MRSA isolates from the humans and livestock expressed mecC, a gene variant of mecA which confers resistance to penicillin to S. aureus bacteria. Finally, they concluded that cross-species disease transmission (from livestock to humans) had occurred.

This paper received a lot of attention in a number of online communication channels, including Twitter, news outlets, and blogs (see Altmetric details). Notably, the paper made it to various mainstream news/blog sources, including Wired’s Superbug, Mother Jones, and Chemistry Views. Twitter activity was also high: several individuals who are influential in the science blogosphere, including Scott Hensley (writer and editor for the NPR health news blog Shots) and Tara C. Smith (professor/ science blogger) tweeted about the paper. Overall, shares of the paper reached an upper bound of 112,581 combined followers. Interestingly, the Twitter demographics revealed that 44% of tweeters were members of the public, and 31% were scientists. Since superbugs in livestock are becoming a particularly strong fear for consumers in the United States, it wasn’t very surprising to see that the majority of tweeters (53%) were based there.

Here’s the paper (if you’re brave enough to read it…) Ah, how I’ve missed you Staph! onlinelibrary.wiley.com/doi/10.1002/em…

The altmetrics data here serve as a great indicator of rapid uptake of the paper. In this instance, the paper has already been cited once (as of 23rd May 2013), but the greater volume of online attention has certainly painted a fuller picture of immediate research uptake.

The last paper that I examined was a fascinating one from Xuanhe Zhao’s laboratory (Duke University) which concerns “bio-inspired dynamic surfaces”. These special surfaces, which were inspired by the sweeping motions of motile cilia, were created by applying a novel material that has the ability to repel bacteria that make up biofilms. It works like this: some kind of stimulus (e.g., electrical voltage, mechanical stretching, or air pressure) is applied to the material, deforming the surface and dislodging any biofilms that are attached. The practical applications are immense: notably, the material could be painted on the hulls of ships, then used to to stop “biofouling” by the easy removal of accumulated gunk (biofilms and barnacles).

For a paper with such useful applications (biofouling is a huge problem for mariners), how can one define the outcomes that would constitute impact? Even after more development and rigorous testing takes place, it may take years for the new technology to be adopted by shipbuilders. And so, for the time being, we should try to look for more immediate indicators of academic and online impact.

According to Web of Science, the paper has already been cited in 1 other article (as of 23rd May 2013). Since the paper was only published in January 2013, this might be a good sign that there’s been some academic uptake. With respect to online impact, social media shares contributed very little to this Advanced Materials paper’s Altmetric score; however, mentions in media outlets and blogs made up the bulk of attention (see Altmetric details). Even though the paper mentioned only once on social media, the paper still likely reached a large, specialist audience through research news/blog reports published on Materials Views,  Futurity.org, Physics Buzz, and other sites.

Preparing for the future of scholarly communication

In summary, altmetrics can be excellent early indicators of research uptake in society. We’ve already seen examples in this Interaction post and others on this blog (e.g., doctors’ use of social media). Qualitative altmetrics data can provide insightful snapshots of highly-articulate communities of academic bloggers, vast networks of academics on social media, and examples of engaging science journalism in mainstream media. As more and more academics start to use online tools to communicate about their research and challenges faced in their careers (especially for women in science), altmetrics tools will be ready to meet the needs of the impact assessments of the future.

1 Responses to “Interactions: Science Through an Altmetrics Lens”