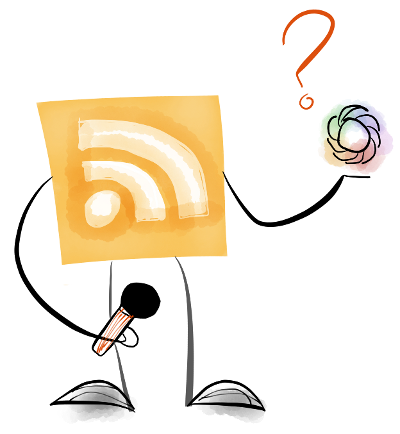 A podcast and a digital native

It all started with a podcast. Earlier this year, a 27-year-old biochemistry undergraduate student named Jonathon Allen was listening to a segment of this Nature podcast, which concerned a recent Japanese study by Miyake et al. The study had found evidence in tree rings that pointed to the occurrence of an unidentified cosmic-ray event between AD 774 and AD 755. Armed with Google and an interest in history, the resourceful Allen uncovered an entry (dated AD 774) in The Anglo-Saxon Chronicle which referred to a “red crucifix” in the sky. He proposed that this was the cosmic-ray event that had been suggested by the tree rings in Miyake et al.‘s report. This stroke of inspiration was quickly pushed into the scientific community – Allen’s correspondence with Nature was published only a week after the Miyake et al. study. (Allen was also interviewed in an accompanying Nature podcast, and his letter received a lot of buzz in social media.)

Measuring scholarly attention in blogs and various forms of social media has become an integral part of the developing field of alt-metrics. Over the past few weeks, how the blogosphere contributes to the impact of scholarly papers has been a recurring theme in our “Interactions” series (e.g., a blog post became a journal article and blogs often serve as virtual journal clubs). However, one online medium that has been overlooked thus far with respect to alt-metrics is the podcast. Just as the introduction of blogs empowered people to self-publish their writing online, the advent of podcasts enabled the broadcasting of personal views, experiences, and ideas to the world.

As the audio counterpart to blogs, podcasts that describe the latest research are powerful tools for communicating science. As quick and cost-effective alternatives to traditional radio broadcasting, podcasts quite literally give scientists a voice to directly engage with the public and explain their own research.

There are science podcasts aplenty: just take a look at the science and medicine charts on iTunes. While many are independently-run and tackle topics in popular science, quite a few are produced by journal publishers (e.g., Nature, BMJ, Science, The Lancet, MIT Press Journals, and Oxford Journals), universities, scientific societies, and charities. (Also see this list of UK podcasts that was compiled by the British Council.) For listeners in the general public, podcasts are more accessible than journal articles, both from a content and a subscription standpoint. Podcasts also have the ability to showcase the real people behind the research in a way that couldn’t necessarily be captured by a single journal article, news story, or blog post. Then of course, there is the convenience factor: a podcast can be enjoyed during the commute home or while poking at specimens at the lab bench, constituting a time-efficient way to absorb new knowledge about science.

Kerri Smith, the editor at Nature Podcasts, was kind enough to chat with me this week about her experiences as a podcaster. With about 40,000 weekly downloads (the majority of which come through iTunes) and plenty of returning listeners, the Nature Podcast has been going strong for over 6 years. With regards to the Nature-published scientists who are interviewed for the podcasts, Smith said that she’s never had anyone say no to the opportunity. Not only has the podcast medium been fully embraced by the article authors, it has also become popular amongst non-English-speaking researchers who are trying to improve their English. As Smith explained, she’s received e-mails from English-language learners who are keen to read the transcripts for the podcasts, which can be used to pair written text with spoken words. The transcripts, which are available for each episode, are particularly helpful for learning to pronounce complicated scientific terms. However, the great educational value of podcasts isn’t limited to researchers; Smith has also received positive comments from science teachers who have played clips of the podcasts to students in the classroom.

As the story of Jonathon Allen demonstrates, simply hearing about research in a podcast can spark inspiration that can lead to something completely new and different. Arguably, podcasts, like other online media, can broaden research impact. Unfortunately, not much has been done to quantify the amount of attention generated by science-related podcasts, even though an article that is mentioned in a podcast has the potential to reach thousands of listeners.

Currently, we’ve been adding some podcast feeds (i.e., only ones with good metadata and actual links to papers) into the Altmetric database, but have not specifically measured podcast mentions. The reason is simply that it’s difficult to measure scholarly article mentions in audio without actually listening to the full podcast. At the moment, Altmetric tracks social media, news, and blog mentions via their linking behaviours to scholarly articles. Therefore, unless a podcast feed includes the links to the mentioned papers in their transcripts or in an episode description, those mentions can’t be counted using our existing methods.

This linking issue is related to the lack of standardisation in podcast site format. On the Nature Podcast website, podcast episodes are split into chapters, such that each is clearly delineated by a separate research article. This chapter function is useful because links to the mentioned articles are prominently displayed, but unfortunately, this feature doesn’t exist on iTunes. As a contrasting example, The Journal of the American Medical Association (JAMA) also runs an excellent weekly podcast, but its links to articles appear on a different page than the audio stream, and thus can’t be mined for alt-metrics as easily.

Digital natives such as Jonathon Allen are growing up in the presence of social media, blogs, and podcasts. The podcast is one of many possible portals into current science, and deserves to be included as a source of online attention. Certainly, the corresponding alt-metric data and usage information (e.g., downloads, plays, number of subscribers) that could be amassed would be fascinating. However, a lot still needs to be considered in order to develop a robust way for measuring scholarly article mentions in most podcasts.

1 Responses to “Interactions: Turning On the Mic”

[...] as many blogs and podcasts have dedicated legions of followers, many blog- or -news-style YouTube channels are also extremely [...]