This month’s theme is Health all the way, from keys to human health found in noses and ancient bones, to bad news about bulldog health. 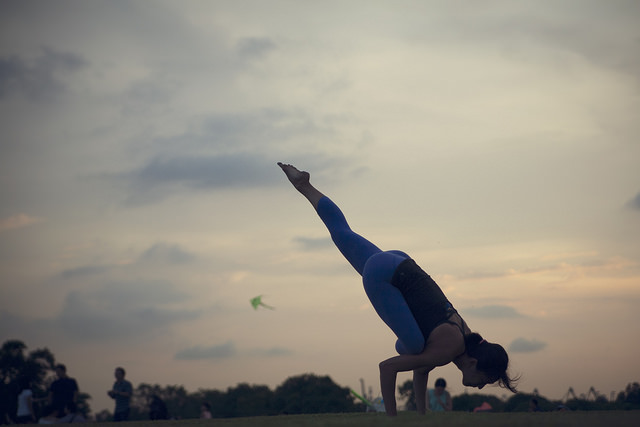 Paper #1. Is sitting all day bad for your health if you exercise after work?

Our first High Five paper is “Does physical activity attenuate, or even eliminate, the detrimental association of sitting time with mortality?” The study was published in The Lancet this July. Through a systematic review of 16 different studies, the authors concluded that “[h]igh levels of moderate intensity physical activity (ie, about 60–75 min per day) seem to eliminate the increased risk of death associated with high sitting time.”

Over 200 news outlets covered the study, which also received attention on Twitter.

Gizmodo UK headlined, “How Much You Need to Exercise to Make Up for Sitting All Day.”

“Over the last few years, there have been countless studies claiming links between our sedentary lifestyles and heart attacks, kidney diseases, chronic diseases, and colorectal cancer. […] [But] another study, this time by researchers from the University of Leicester, found that people who exercise regularly really do offset the unhealthy side effects of sitting all day. And the latest meta-analysis published today in The Lancet supports that conclusion.” – Jennifer Ouellette, Gizmodo UK

The Washington Post headlined, “A new formula for exercise? Study suggests 1 hour of activity per 8 hours of sitting.”

The Centre for Evidence-Based Medicine did point out some weakness of the study in a blog post. For example, many of the cohort studies analyzed in the review paper did not control for socioeconomic status, which could impact how a sedentary lifestyle is associated with increased mortality. Based on these weaknesses, David Nunan urges caution in interpretations of the benefit of physical activity at the individual level among those who sit for long periods of time.

“As the greatest gains were observed for highest physical activity and lowest sitting and TV-watching time, we should continue to support promotion of daily physical activity alongside strategies to reduce time in sedentary activities.” – David Nunan, CEBM 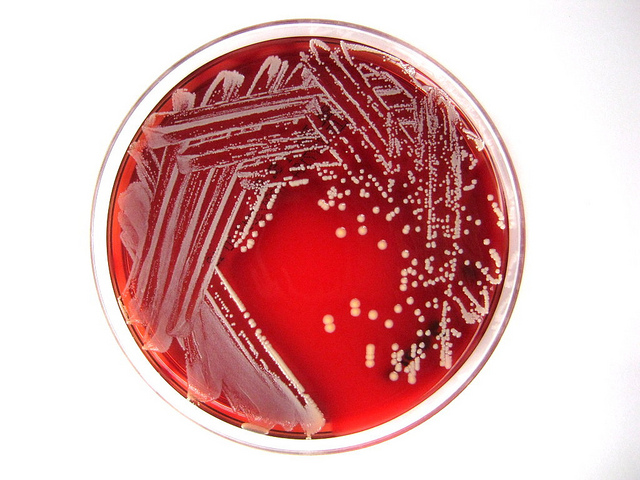 Paper #2. Bacteria that live in our noses could produce antibiotics that prevent colonization by other pathogens

Our second High Five paper is “Human commensals producing a novel antibiotic impair pathogen colonization,” published in Nature this July. The paper describes a process where human-associate nasal bacteria, Staphylococcus lugdunensis, produce an antibiotic compound that helps to keep harmful Staphylococcus aureus bacteria out. “Human microbiota should be considered as a source for new antibiotics,” the authors write.

Over 200 news outlets and 15 blogs picked up this study. This study received significant attention from general as well as science-focused media outlets.

The news titles were quite catching. “Scientists Sniff Out a New Antibiotic In Nose Microbes,” The Atlantic headlined.

“[T]he nose is a wasteland. Resources are scarce there, and competition is fierce, so nasal microbes have evolved many ways of outclassing and killing each other. And by raiding their arsenals, we could gain new weapons for our own use.” – Ed Yong, The Atlantic

The Atlantic article is beautifully written and provides a great break-down of the study. Yong also interviews some researchers who are skeptical of the findings and point out that they are but a starting point and do not suggest that we’ve found the next best antibiotic out there.

“Alexander Zipperer and Martin Konnerth from the University of Tübingen have found one such weapon—a chemical called lugdunin. It has all the makings of a good antibiotic. It’s produced by a bacterium that already lives in our noses, which suggests that it’s safe. It kills another microbe, Staphylococcus aureus, a common and typically harmless inhabitant of the nose. It even kills S. aureus when it’s dressed in its antibiotic-resistant alter-ego, MRSA. And it’s chemically unrelated to existing antibiotics, which opens the door to other new drugs.” – Ed Yong, The Atlantic

“If I were a bacterium I would not go into the nose.” – Study author Andreas Peschel, quoted in Science. 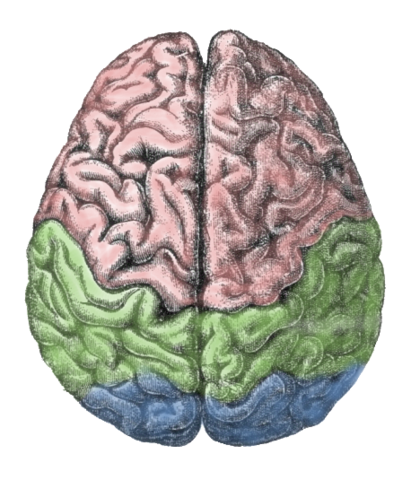 Over 100 news outlets and 20 blogs covered this study, largely online and science-focused outlets.

“Understanding the amazingly complex human cerebral cortex requires a map (or parcellation) of its major subdivisions, known as cortical areas. Making an accurate areal map has been a century-old objective in neuroscience.” – Glasser et al. 2016

“Think of a spinning globe and the patchwork of countries it depicts: such maps help us to understand where we are, and that nations differ from one another. Now, neuroscientists have charted an equivalent map of the brain’s outermost layer — the cerebral cortex — subdividing each hemisphere’s mountain- and valley-like folds into 180 separate parcels. Ninety-seven of these areas have never previously been described, despite showing clear differences in structure, function and connectivity from their neighbours. The new brain map is published today in Nature.” – Linda Geedes, Nature News

“Three years ago, Dr. Glasser and his colleagues set out to create a new standard [in brain mapping]. They drew on data collected by the Human Connectome Project, in which 1,200 volunteers were studied with powerful new scanners. The project team recorded high-resolution images of each participant’s brain, and then recorded its activity during hours of tests on memory, language and other kinds of thought.” – Carl Zimmer, New York Times

The new map will likely open up neuroscience research to study the specific functions of more discrete areas of the brain than have been studied in the past. 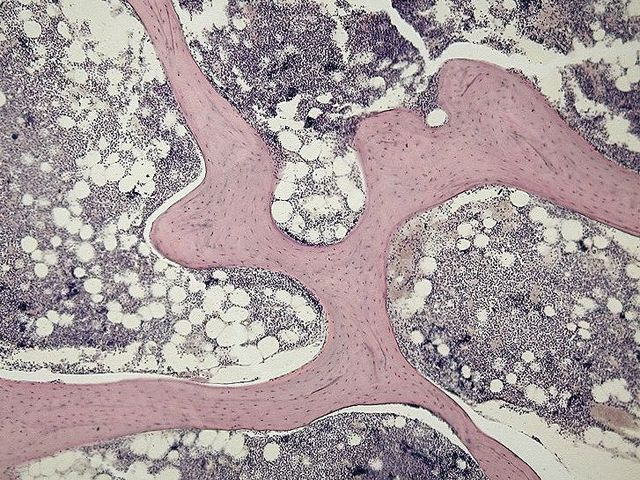 “The expression of malignant osteosarcoma [bone cancer] in the Swartkrans specimen indicates that whilst the upsurge in malignancy incidence is correlated with modern lifestyles, there is no reason to suspect that primary bone tumours would have been any less frequent in ancient specimens.” – Odes et al. 2016

A related paper published in the same journal this month also addressed ancient cancer. In that paper, scientists described the oldest tumor ever found in the human fossil record, belonging to a specimen of the extinct hominin Australopithecus sediba from Malapa, South Africa, dated to 1.98 million years ago. George Dvorsky writes, “[t]hese discoveries challenge the modern assumption that cancers and tumors are caused by modern lifestyles and environments.” 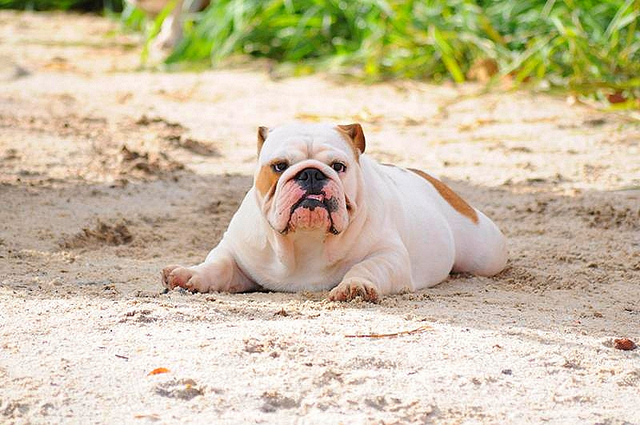 Our final High Five paper is a “ruff” one. “A genetic assessment of the English bulldog,” was published in Canine Genetics and Epidemiology this month. The authors studied genetic diversity among 102 registered English Bulldogs used for breeding, and found that the dogs “have very low genetic diversity resulting from a small founder population” and artificial genetic “bottlenecks” from human selection for specific desired physical traits. For example, the selection of “cute” bulldogs with flat faces has resulted in serious breathing problems for the breed.

The authors conclude that this issue needs to be addressed, because English Bulldogs are now facing serious health problems due to inbreeding.

“I have been concerned for some time about the increasing incidence of heritable disorders in many pure breeds of dog […] The bulldog is unarguably one of the most egregious examples of that trend.” – Study author Niels Pederson, University of California, quoted in New Scientist