Welcome to the Altmetric High Five for June! On a monthly basis, my High Five posts examine a selection of the most popular research outputs Altmetric has seen attention for that month.

June saw the return of a human health theme in media coverage about new research studies. Human health scares and updated information about the origin of Homo sapiens made headline splashes this month.

Our first High Five paper is “Health Effects of Overweight and Obesity in 195 Countries over 25 Years,” published in The New England Journal of Medicine in June 2017. The study analyzes data from over 68 million people to “assess the trends in the prevalence of overweight and obesity among children and adults between 1980 and 2015” and quantify disease related to high body-mass index (BMI).

Nearly 200 news outlets covered the study, which was also tweeted by the thousands. Many headlines referred to an “obesity crisis.”

“The researchers […] found four million people had died as a result of excess body weight in 2015—a figure that looks set to increase as more and more people suffer health problems as a result of being overweight or obese.” – Newsweek

“People who shrug off weight gain do so at their own risk – risk of cardiovascular disease, diabetes, cancer and other life-threatening conditions.” – [study author] Dr. Christopher Murray, Director of the Institute of Health Metrics and Evaluation at the University of Washington, quoted in BBC News 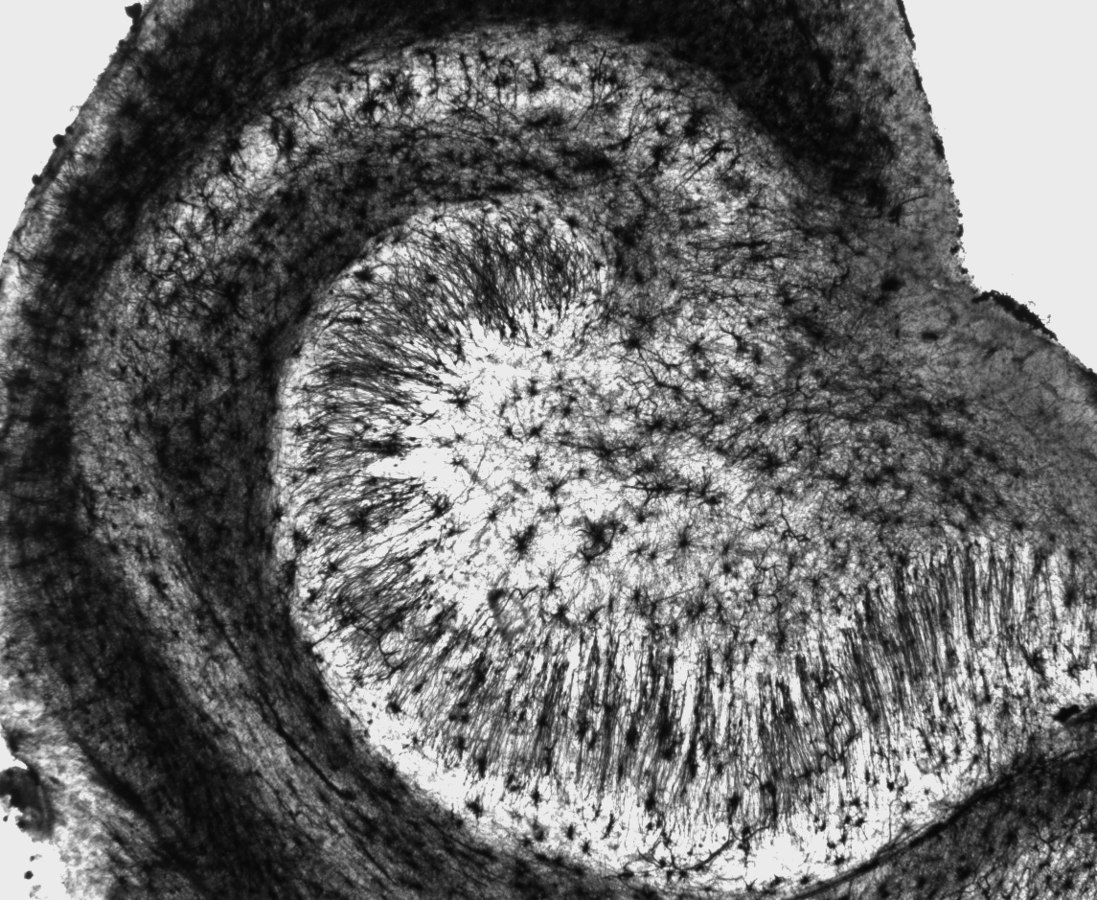 Paper #2. This is your Brain on Alcohol

According to an observational cohort study with weekly alcohol intake and cognitive performance measurements repeated over 30 years, “higher alcohol consumption […] was associated with increased odds of hippocampal atrophy in a dose dependent fashion.”

“Popular belief, backed up by various studies, holds that a moderate amount of alcohol can be good for your heart. Might it have a similar effect on your brain? [This] study tracked 550 adults for 30 years, starting when they were, on average, 43 years old, periodically assessing their alcohol consumption and cognitive performance. […] Standardized testing showed that people who drank the most during the three decades had a faster and greater decline in cognitive functioning than those who consumed less alcohol. […] Even moderate drinkers were three times as likely to have brain atrophy as non-drinkers.” – Linda Searing, The Washington Post

It’s important to note the limitations associated with this observational study, however. The Conversation provides a measured and critical summary of the study.

“There are a few reasons to be cautious about these results. The study looked at brain function (how well the brain works, measured by neuropsychological tests) over time. But researchers measured brain structure (the physical make-up of the brain) with a brain scan only at the end of the study. […] Although the hippocampus was smaller in the heavier drinking groups, alcohol consumption did not seem to affect the function of the brain.” – Nicole Lee & Rob Hester, The Conversation 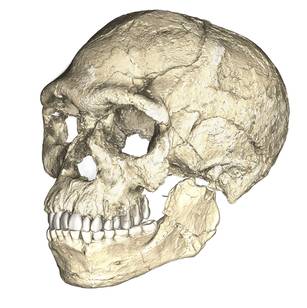 Our next High Five paper is twofer. The first is “New fossils from Jebel Irhoud, Morocco and the pan-African origin of Homo sapiens,” published in Nature in June.  In the second paper, published in Nature at the same time, “The age of the hominin fossils from Jebel Irhoud, Morocco, and the origins of the Middle Stone Age,” researchers “report the ages, determined by thermoluminescence dating, of fire-heated flint artefacts obtained from new excavations at the Middle Stone Age site of Jebel Irhoud, Morocco, which are directly associated with newly discovered remains of H. sapiens.”

The authors of the first study report newly discovered human fossils from Jebel Irhoud, Morocco, and evidence that this fossil site is the “oldest and richest African Middle Stone Age hominin site that documents early stages of the H. sapiens clade in which key features of modern morphology were established.”

Over 200 news outlets and 25 blogs covered these studies. Many headlines were related to the idea that we just found the earliest fossils of our species, and that they are older than we thought. It’s not hard to imagine why this research received so much media coverage. It’s about the origin of us, and any story with “oldest,” “biggest” or other “-est” identifiers in the title is bound to be a popular read.

“At around 300,000 years old, the fossils are a whopping 100,000 years older than the previous record, pushing back the origin of our species by a significant margin. And because the fossils were uncovered in Morocco—far from the supposed origin point of our species—the discovery is also resetting our notions of where and how modern humans evolved.” – George Dvorsky, Gizmodo

Ed Yong covered the new research for The Atlantic.

“Hundreds of thousands of years ago, around 62 miles west of what would eventually become Marrakesh, a group of people lived in a cave overlooking a lush Moroccan landscape. They rested there, building fires to keep themselves warm. They hunted there, sharpening stone tools to bring down animals. And they died there, leaving their bones behind in the dirt. […] It’s not just when these people died that matters, but where. Their presence in north Africa complicates what was once a tidy picture of humanity arising in the east of the continent.”

“The new finds indicate that Homo sapiens is much older and had already spread across all of Africa by 300,000 years ago. They really show that the African story of our species was more complex than what we used to think.” – Philipp Gunz, Max Planck Institute for Evolutionary Anthropology, quoted by Ed Yong in The Atlantic 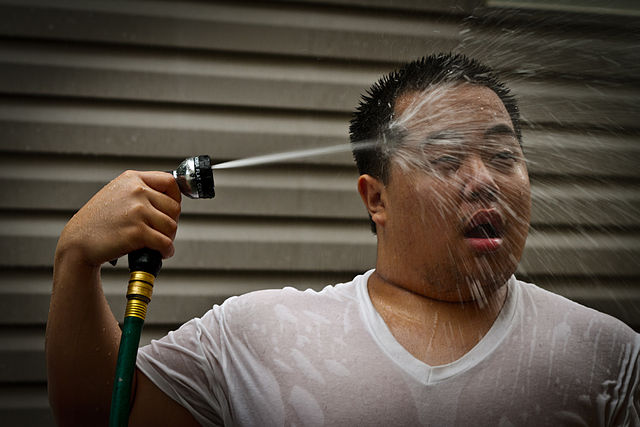 Our next High Five paper is a letter in Nature Climate Change on the “Global risk of deadly heat.” While heat waves descended upon the western United States in June, over 130 news outlets covered this study.

“[W]e conducted a global analysis of documented lethal heat events to identify the climatic conditions associated with human death and then quantified the current and projected occurrence of such deadly climatic conditions worldwide. We reviewed papers published between 1980 and 2014, and found 783 cases of excess human mortality associated with heat from 164 cities in 36 countries. Based on the climatic conditions of those lethal heat events, we identified a global threshold beyond which daily mean surface air temperature and relative humidity become deadly. Around 30% of the world’s population is currently exposed to climatic conditions exceeding this deadly threshold for at least 20 days a year. By 2100, this percentage is projected to increase to ~48% under a scenario with drastic reductions of greenhouse gas emissions and ~74% under a scenario of growing emissions.” – Mora et al. 2017

Smithsonian headlined, “Half the World’s Population Will Experience Deadly Heat by the End of the Century.” The Washington Post headlined, “A third of the world’s people already face deadly heat waves. It could be nearly three-quarters by 2100.”

“Armed with profiles of what constitutes deadly heat in different areas, the researchers looked to the future using models of a climate with low, moderate and high greenhouse gas emissions. The results were grim. Even under a scenario that included aggressive greenhouse gas reductions, they found that by 2100, nearly 27 percent of Earth’s land will be at risk of deadly heat more than 20 days of the year, exposing roughly 48 percent of the global population to these soaring temperatures.” – Erin Blakemore, Smithsonian.com

“An increase in the use of air conditioning could place a heavy strain on the electrical grid, [study author] [Camilo] Mora said. And extreme heat may force people to spend more and more of their time indoors. ‘We will become prisoners in our homes,’ Mora said.” – Chelsea Harvey, The Washington Post

Many headlines were related to the idea that we just found the earliest fossils of our species, and that they are older than we thought. It’s not hard to imagine why this research received so much media coverage. It’s about the origin of us, and any story with “oldest,” “biggest” or other “-est” identifiers in the title is bound to be a popular read.