Welcome to the March High Five! On a monthly basis, the High Five post highlights the papers that have received the most attention from a particular attention source type – whether it’s blogs, policy documents, Twitter, Wikipedia, or something else!

This month we’ll be focusing on the papers published in March that we’ve tracked the most attention for in blogs. Altmetric indexes more than eleven thousand blogs

#1 Are your facts alternative? 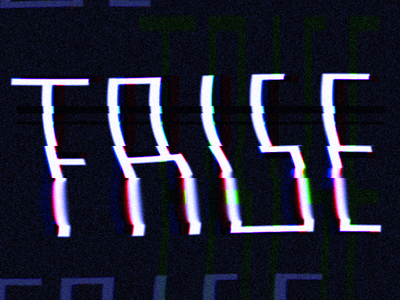 Our first paper is “The spread of true and false news online” published in Science, the paper reviews how news is disseminated and found that falsified information was spread more quickly than the truth.

“We found that false news was more novel than true news, which suggests that people were more likely to share novel information. Whereas false stories inspired fear, disgust, and surprise in replies, true stories inspired anticipation, sadness, joy, and trust. Contrary to conventional wisdom, robots accelerated the spread of true and false news at the same rate, implying that false news spreads more than the truth because humans, not robots, are more likely to spread it.” Soroush Vosoughi, Deb Roy, Sinan Aral

More than 35 blogs wrote pieces about the paper, including Think Progress who discussed “Twitter’s fake news problem is even worse than you thought”

“According to the analysis, true stories take six times as long to reach 1,500 people than fake news, and 20 times as long if a false story has already been retweeted more than 10 times. Falsehoods were also found to be 70 percent more likely to retweeted than the truth.” – Luke Barns, Think Progress 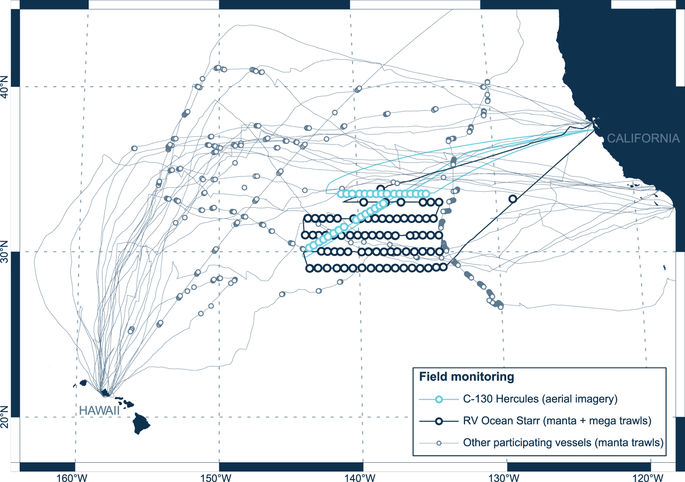 Our second most blog mentioned publication is “Evidence that the Great Pacific Garbage Patch is rapidly accumulating plastic”, published in Scientific Reports, looks at how our discarded plastic is appearing in our oceans.

“Our study provides a comprehensive assessment of the GPGP buoyant plastic loads and characteristics. Nonetheless, a quantification of plastic inputs and outputs into and from the GPGP is required to better assess the residence time of the plastics accumulating in this area.“ L. Lebreton, B. Slat, F. Ferrari et al

There were 24 blogs that wrote pieces about this paper. Writing in a post on the Earth & Space Science blog Randy Showstack remarked,

“Prior estimates by other researchers have put the plastic tonnage adrift in the patch between about 4,800 and 21,000 metric tons. The new paper suggests that the increased estimate of floating plastic mass is due mainly to more robust methods for quantifying ocean debris. However, increased levels of plastic pollution in the area—including plastic from the 2011 Tohoku tsunami—could also account for some of the difference, the authors note.” Randy Showstack, Earth & Science blog 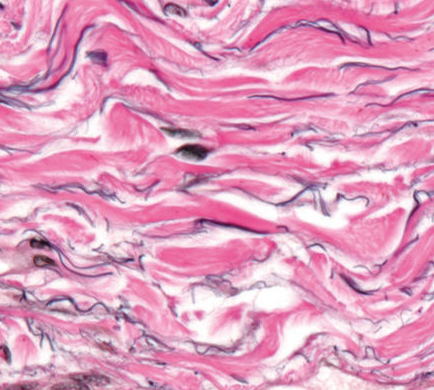 The third paper “Structure and Distribution of an Unrecognized Interstitium in Human Tissues”, published in Scientific Reports discusses a possible new type of space as part of and in between tissues.

“In sum, we describe the anatomy and histology of a previously unrecognized, though widespread, macroscopic, fluid-filled space within and between tissues, a novel expansion and specification of the concept of the human interstitium.”  Petros C. Benias, Rebecca G. Well et al

More than 20 blogs wrote about this article, one of particular interest is written by the Neurologica Blog “Science and Pseudoscience of the Interstitium”

“It is also interesting how the existence of the interstitium was missed for so long. It was an artifact of the methods used to prepare tissue for slides. Fixing the tissue with chemicals would dry out the tissue, causing the cavities to collapse. It was therefore thought that these connective tissue layers were solid.” Steven Novella, Neurologica Blog

Our fourth publication is “Whole-genome sequencing of Atacama skeleton shows novel mutations linked with dysplasia”, published in Genome Research looks at the testing done on the “alien” found in Chile on what was found to be a child.

“Although the extraordinary phenotype of the specimen drove broad discussion as to its origin (Sirius), and no hypothesis was left off the table during analysis, the specimen is shown here to have a purely earthly origin with mutations that reflect the visual determinations.” Sanchita Bhattacharya, Jian Li, Alexandra Sockell et al.

Of the more than 20 blogs that wrote about this topic, one of the highest profile was a post written by Science Trends.

“The latest research in question has been published in the journal Genome Research. But this new study goes a bit further than just refuting that Ata could have been an alien but also offers an explanation for her unusual appearance.

One of the most intriguing aspects of Ata is that her size (or, at least, her length) seems to be close to that of a human fetus and yet her bones are as hard as those of a human child of about six years of age.” Juan Ramos, Science Trends 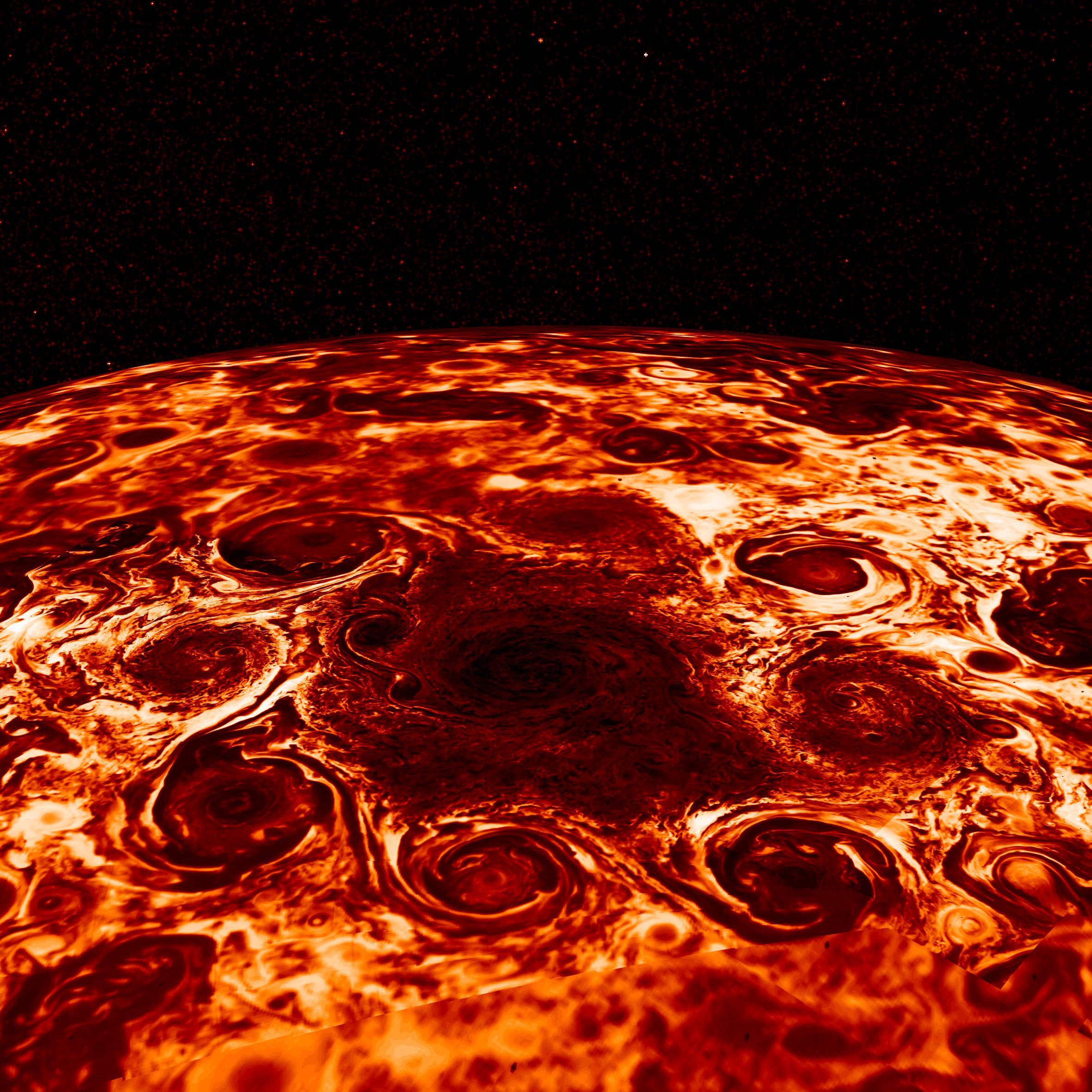 Our final paper Clusters of cyclones encircling Jupiter’s poles, published in Nature, highlights the exciting discovery that Jupiter has cyclones at each of its poles.

“Here we report that visible and infrared images obtained from above each pole by the Juno spacecraft during its first five orbits reveal persistent polygonal patterns of large cyclones. In the north, eight circumpolar cyclones are observed about a single polar cyclone; in the south, one polar cyclone is encircled by five circumpolar cyclones. Cyclonic circulation is established via time-lapse imagery obtained over intervals ranging from 20 minutes to 4 hours.” A. Adriani, A. Mura, G. Orton el

The Jet Propulsion Lab at NASA wrote one of the more than 20 blog posts that were written about the article.

“Other Juno science results released today include that the massive cyclones that surround Jupiter’s north and south poles are enduring atmospheric features and unlike anything else encountered in our solar system.” Jet Propulsion Lab