This month’s theme is evolution and genetics – of bacteria, of monsters, and even of unibrows. 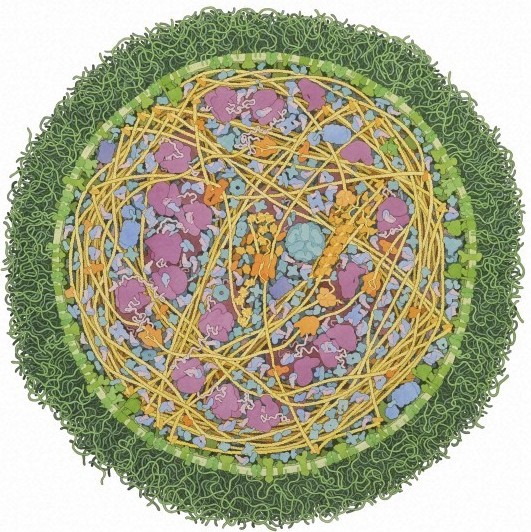 B0010027 Cross section through mycoplasma mycoides

Paper #1. Our top paper this month is “Design and synthesis of a minimal bacterial genome,” published in Science magazine. In the study, researchers from the Craig Venter Institute built a minimal genome, or a genome including only the genes essential for life. The minimal genome these researchers built, imagine it as the frame of a bacterial car that might be engineered for applications useful to humans, was based on the relatively simple genome of the bacteria Mycoplasma mycoides, a parasite that infects cattle. But the study presented a twist.

Its genome is smaller than that of any autonomously replicating cell found in nature. […] Unexpectedly, it […] contains 149 genes with unknown biological functions, suggesting the presence of undiscovered functions that are essential for life. – Hutchison et al. 2016

Over 100 news outlets and nearly 30 blogs covered the study in March. The Washington Post headlined, “This man-made cell has the smallest genome ever — but a third of its genes are a mystery.”

The new life is born with a jolt: A fresh genome, built from scratch with human hands, is pushed into a host cell using an electric current. One cell quickly becomes a colony of a billion, and a completely unique living organism is alive. It’s not science fiction — or even a recent breakthrough. Scientists created the first synthetic bacterium back in 2010 using this method. But in a new study published Thursday in Science, they’ve taken this proof of concept a step further. Their latest single-cell creation has what they’re calling a “minimal genome.” They’ve created an organism that has just 473 genes, the smallest known genome of any living organism. – Rachel Feltman, Washington Post

Derek Lowe writes on his blog “In The Pipeline” that “the smallest viable genome is very weird.”

You’d think that by now we’d have a pretty solid idea of the genes/proteins that are necessary for life, but apparently you (and I) would be wrong. […] Clearly, synthetic genomics is just beginning to take off. This sort of work is going to make us rethink a lot of what we believe that we know about living cells, and will surely set off arguments in several directions at once. It’s going to be fun. – Derek Lowe

“We were totally surprised and shocked.” – Craig Venter, quoted in Wired 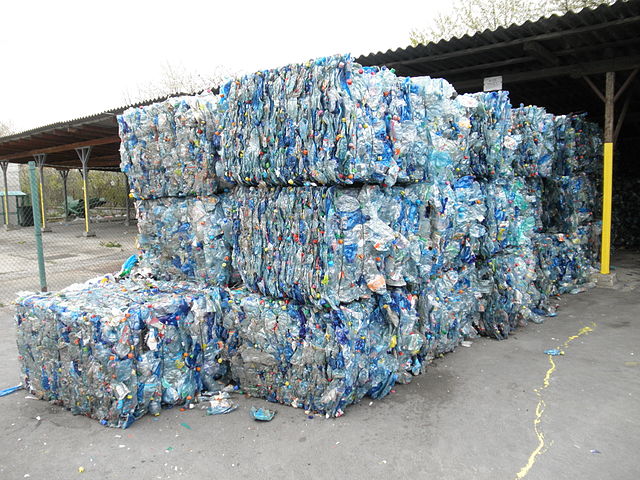 Paper #2. Our second High Five paper is also about bacteria, or bacteria “[who] think plastic is fantastic.” The study, published in Science magazine, describes a bacterium that degrades and assimilates poly(ethylene terephthalate), or PET, a common plastic.

Bacteria isolated from outside a bottle-recycling facility can break down and metabolize plastic. The proliferation of plastics in consumer products, from bottles to clothing, has resulted in the release of countless tons of plastics into the environment. Yoshida et al. show how the biodegradation of plastics by specialized bacteria could be a viable bioremediation strategy. – Science magazine

Over 130 news outlets and a dozen blogs covered the study. Quartz headlined, “’Nature can surprise us’: There’s a new species of bacteria that eats plastic.”

Polyethylene terephthalate (known as PET), which is used for manufacturing plastic bottles, makes up one fifth of the annual production of plastic. PET’s strength and stability under heat makes it an ideal material for packaging—it’s one of the world’s most-used plastics for a reason—but it’s properties also makes PET difficult to decompose. Enter Ideonella sakaiensis, a newly discovered bacterium that feeds on PET. Researchers in Japan isolated the bacteria from the 250 samples of PET debris they collected from a recycling plant. The bacteria appeared to use a pair of enzymes to slowly break down PET. – Aamna Mohdin,  Quartz

Mark Lorch writes that this “plastic munching microbe” is special in that it is easily grown and that it uses identifiable enzymes to relatively quickly break down PET (a plastic). These enzymes might be manufactured in the future for plastic recycling.

Paper #3. Our third High Five paper takes a turn from the tiny bacteria to the “monster” vertebrate Tullimonstrum gregarium, also known as the Tully monster. Tully’s fossil was discovered in the 1950s by Francis Tully, an amateur fossil collector. The monster is hard to describe – it doesn’t exactly resemble anything we’ve ever seen. The paper, “The ‘Tully monster’ is a vertebrate,” was published in Nature in March 2016.

[W]e review the morphology of Tullimonstrum based on an analysis of more than 1,200 specimens. We find that the anterior proboscis ends in a buccal apparatus containing teeth, the eyes project laterally on a long rigid bar, and the elongate segmented body bears a caudal fin with dorsal and ventral lobes. – McCoy et al. 2016

It has the ancient equivalent of a unibrow — and it’s fabulous.” – Loren Grush, The Verge

Nearly 200 news outlets and a dozen blogs picked up the study. National Geographic headlined, “Scientists Finally Know What Kind of Monster a Tully Monster Was.”

More than 60 years after its discovery, Illinois’ bizarre state fossil—a soft-bodied “monster” that swam in rivers more than 300 million years ago—has been identified as a vertebrate. That puts the strange creature among the earliest in the group that eventually branched into today’s vertebrates, including fish, birds, reptiles—and us. […] The announcement comes as a shock to paleontologists, who for decades puzzled over the Tully monster’s place on the tree of life, but mostly thought of it as a spineless invertebrate, maybe some ancient version of worm, arthropod, or mollusk. – Michael Greshko, National Geographic

“It looks like an alien.” – Victoria McCoy, study author, quoted in National Geographic

Maddie Stone writing for Gizmodo gives a great breakdown of the evaluation of this “monster.”

[T]he team discovered that the Tully monster possesses a notochord — a primitive backbone found in all embryonic and some adult vertebrates. […] Other telling anatomical features include gill pouches, teeth made of keratin, and a tail fin with dorsal and ventral lobes that the Tully monster no doubt used to propel itself forward toward its next, terrified meal. Based on these characteristics, and using modern tools for reconstructing evolutionary relationships, McCoy and her co-authors conclude that Tully monsters are probably a cousin of lampreys — those toothy, jawless fish that look like someone decapitated an eel, glued a kitchen blender on top, and hoped nobody would notice. The association seems only fitting. – Maddie Stone, Gizmodo 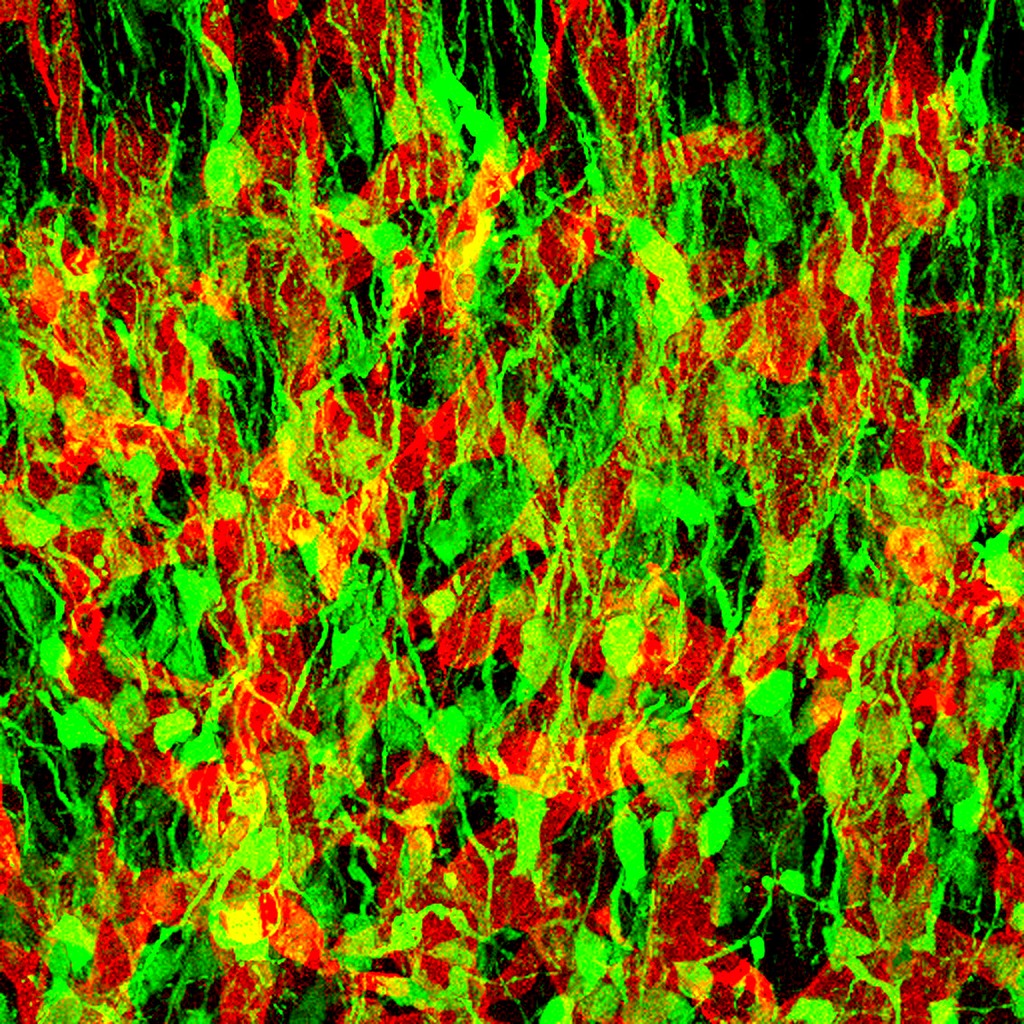 Over 100 news outlets and a dozen blogs picked up the study. The Atlantic headlined, “Toward an Understanding of Zika’s Neurological Dangers.”

A new study published Friday in Cell Stem Cell shows how Zika affects neural stem cells, which appear to be particularly vulnerable to the virus. This may be the mechanism by which Zika could cause microcephaly, a condition in which a baby is born with an unusually small head due to incomplete brain development. […] They found that the Zika virus absolutely loves cortical neural progenitor cells. It just loves ‘em. – Julie Beck, The Atlantic

George Dvorsky writes on the study:

The latest research, published in Cell Stem Cell, suggests that Zika virus directly targets cells required for brain development, stunting their growth—and often destroying them outright. In particular, the virus is attacking and infecting what are called cortical neural progenitor cells—types of neural stem cells that give rise to the brain’s cerebral cortex (the largest part of the human brain, and the part associated with higher brain function). […] The researchers from Florida State University and Johns Hopkins Medicine were only able to study the effects of Zika on neural stem cells in a petri dish, so the study doesn’t prove a direct link between the virus and microcephaly—but it’s one hell of a smoking gun. For the first time, scientists have a good idea of where and how the virus does most of its damage. – George Dvorsky, Gizmodo 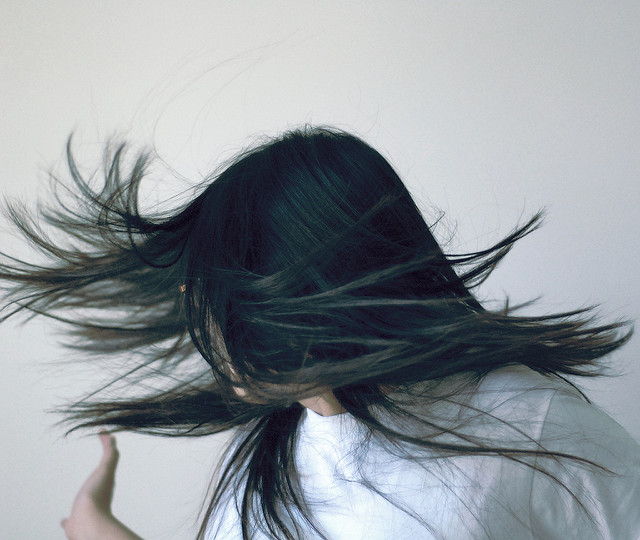 Paper #5. Have you ever wondered if you inherited that unibrow or early graying hair? Our final High Five paper is an interesting study on the evolution of human hair. “A genome-wide association scan in admixed Latin Americans identifies loci influencing facial and scalp hair features” was published in Nature Communications in March 2016.

The analyses presented here have enabled us to expand substantially the set of gene regions known to impact on variation in human head hair appearance. – Adhikari et al. 2016

Nearly 200 news outlets picked up the study, which was also shared widely on Twitter according to Altmetric data. That’s likely because the study had implications for understanding the inheritance of graying hair.

The scientists discovered the gray gene by studying the scalps and facial hair of 6,630 volunteers in Brazil, Colombia, Chile, Mexico and Peru. The researchers took photographs and asked about natural hair color. The participants had a mix of European, Native American and African ancestry. – Nancy Shute, NPR

“We already know several genes involved in balding and hair color but this is the first time a gene for graying has been identified in humans, as well as other genes influencing hair shape and density.” – Kaustubh Adhikari, a biologist at University College London and the lead author of the study, quoted in 23andMe blog post

The gene IRF4, which was already known to influence hair color by helping to make and store melanin — the substance that gives our eyes, skin, and hair their distinct shades — is now pinned to graying hair, too. Hair goes gray with age when pigment cells stop producing melanin. IRF4 doesn’t cause gray hair, but its presence seems correlated with an earlier loss of hair color. That makes a lot of sense, since it was already associated with pale hair shades. – Rachel Feltman, The Washington Post