Welcome to the Altmetric High Five for March! On a monthly basis, my High Five posts examine a selection of the most popular research outputs Altmetric has seen attention for that month.

This month’s papers all come from high-impact journals. They are at times game-changing, controversial, groovy and thought-provoking. If they have anything in common, it’s that they all prompt potential changes in the way we think about how the world and its living systems work or worked in the past. 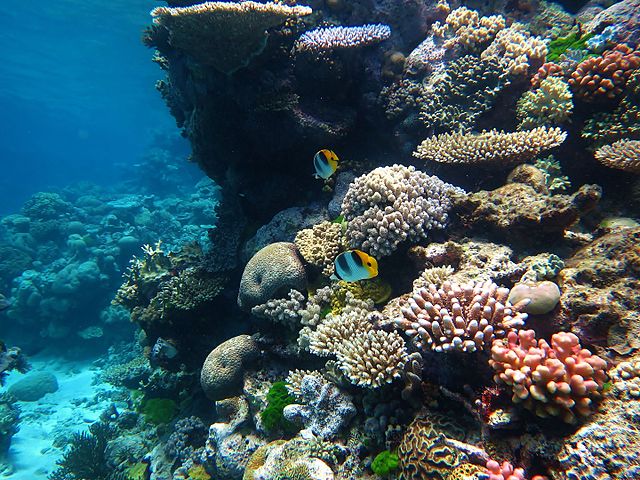 Our first High Five paper, published in Nature this month, is “Global warming and recurrent mass bleaching of corals.” Researchers in Australia, the U.S. and the UK investigated recurrent bleaching on the Great Barrier Reef throughout time.

“Water quality and fishing pressure had minimal effect on the unprecedented bleaching in 2016, suggesting that local protection of reefs affords little or no resistance to extreme heat. Similarly, past exposure to bleaching in 1998 and 2002 did not lessen the severity of bleaching in 2016. Consequently, immediate global action to curb future warming is essential to secure a future for coral reefs.” – Hughes et al. 2017

Over 200 news outlets picked up the study, which was also mentioned by over 1,200 Twitter users. Many news stories highlighted or called attention to the need for action on climate change specifically to save Australia’s Great Barrier Reef.

“The damage to the Great Barrier Reef, one of the world’s largest living structures, is part of a global calamity that has been unfolding intermittently for nearly two decades and seems to be intensifying. In the paper, dozens of scientists described the recent disaster as the third worldwide mass bleaching of coral reefs since 1998, but by far the most widespread and damaging. The state of coral reefs is a telling sign of the health of the seas. Their distress and death are yet another marker of the ravages of global climate change.” – Damien Cave and Justin Gillis, NYT

Buzzfeed headlined, “There’s Only One Way To Save The Great Barrier Reef: Stop Climate Change.”

“There have been two other recorded mass bleaching events – one in 1998 and another in 2002 – but the Nature report says the 2016 episode marked a ‘fundamental shift’ away from viewing each event as an individual episode. […] [Sean] Connolly [from James Cook University] said the only solution that will save the reef in the long term was a serious commitment to tackling climate change.” – Rob Stott, BuzzFeed 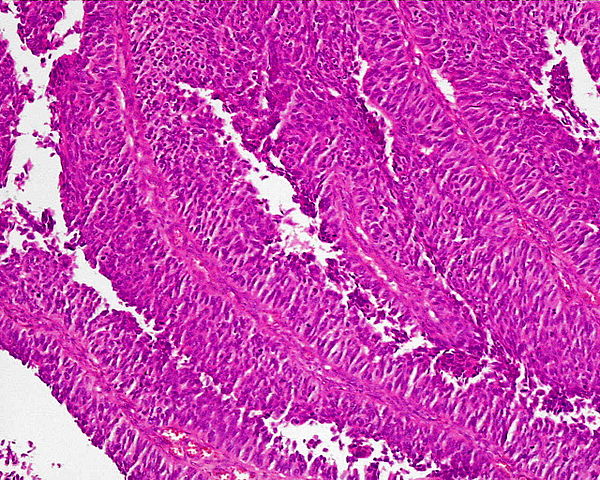 Our second High Five paper is “Stem cell divisions, somatic mutations, cancer etiology, and cancer prevention,” a somewhat controversial report published in Science this month. In the paper, researchers from Johns Hopkins University explore the proportions of cancer-causing mutations attributable to three different sources: inherited factors, environmental factors, and errors associated with DNA replication. They found that the replicative mutations are responsible for two-thirds of the mutations in human cancers.

According to the study authors, their findings “accentuate the importance of early detection and intervention to reduce deaths from the many cancers arising from unavoidable R [replicative] mutations.”

Over 250 news outlets, including many broadcast news stations, and nearly 20 blogs covered the study according to Altmetric data. Many news outlets headlined something akin to “most cancer is bad luck.”

Ed Yong wrote a piece for The Atlantic to clarify the study’s findings, in a story titled, “No, We Can’t Say Whether Cancer Is Mostly Bad Luck.” As Ed Yong writes, news headlines this month to the effect that most cancer cases are due to “bad luck” or “unavoidable” were downright wrong. Even if we set aside any methodological issues with the study, the findings still relate to individual mutations, not cancer cases. Talking of cancer as being caused by “bad luck,” Yong writes, risks “demotivating people who could do something about their cancer risk.”

“Overall, they calculated that 66 percent of cancer mutations are due to random, unavoidable replication errors (R), 29 percent are due to environmental factors (E), and 5 percent are inherited (H). But those proportions vary a lot between cancers: in lung cancer, just 35 percent of mutations are randomly acquired, compared to 77 percent for pancreatic cancer.

But the team have clearly emphasized that these numbers don’t tell us what proportion of cancers are preventable. It can take several mutations to trigger a case of cancer, so even if one of those was due to an avoidable environmental factor, that cancer could still have been prevented. That’s why, as the team stressed, their finding that 66 percent of mutations are randomly acquired is totally consistent with other estimates that 42 percent of cancer cases are preventable. Mutations don’t equate to cases.” – Ed Yong, The Atlantic 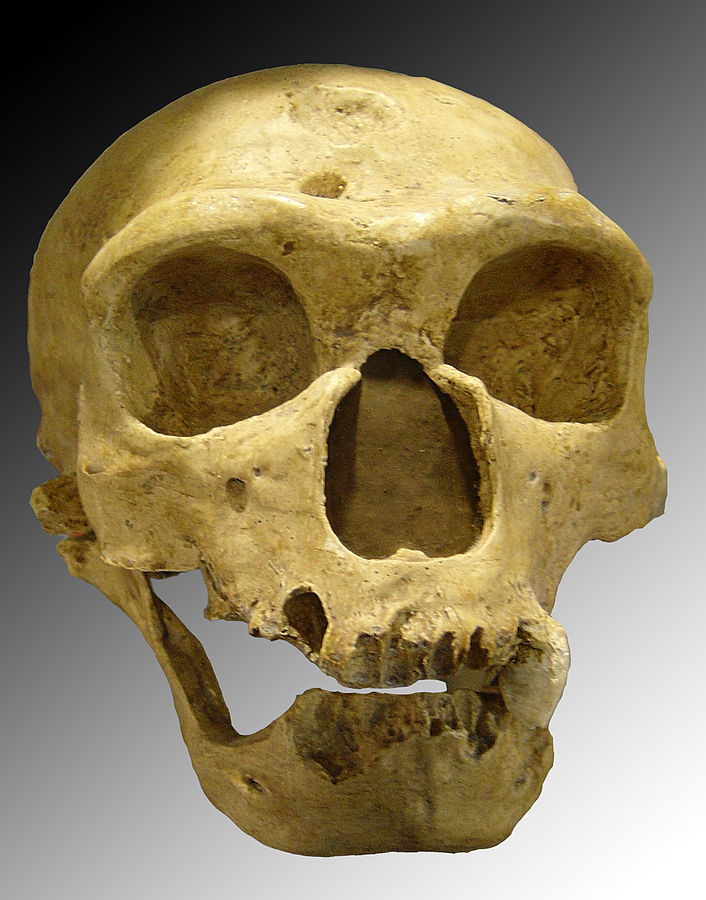 “DNA preserved within dental calculus represents a notable source of information about the behaviour and health of ancient hominin specimens, as well as a unique system that is useful for the study of long-term microbial evolution.” – Weyrich et al. 2017

Over 150 news outlets covered the study, which was also highly mentioned in blogs and on Twitter.

“Ancient hominins in northern Spain ate mushrooms, pine nuts, and moss, and may have used Penicillium mold and other natural products to sooth toothache pain. […] DNA extracted from the hardened tooth plaque of five Neanderthals living in the El Sidrón Cave in northern Spain some 50,000 years ago has revealed a plant-based diet of mushrooms, pine nuts, and moss, in contrast to the meat-based diets of Neanderthals to the north in Belgium, according to a study published this week (March 8) in Nature. The analysis also reconstructed the hominins’ oral microbiome, and identified a parasite that suggests the species may have shared microbes with human ancestors via kissing.” – Jef Akst, The Scientist

However, as Cathleen O’Grady points out in an Ars Technica article, while the results are exciting, we should be cautious in drawing conclusions based on rudimentary DNA evidence. DNA found in calcified dental plaque could be degraded, and contamination of Neanderthal dental plaque samples with current microbes is also a possibility. 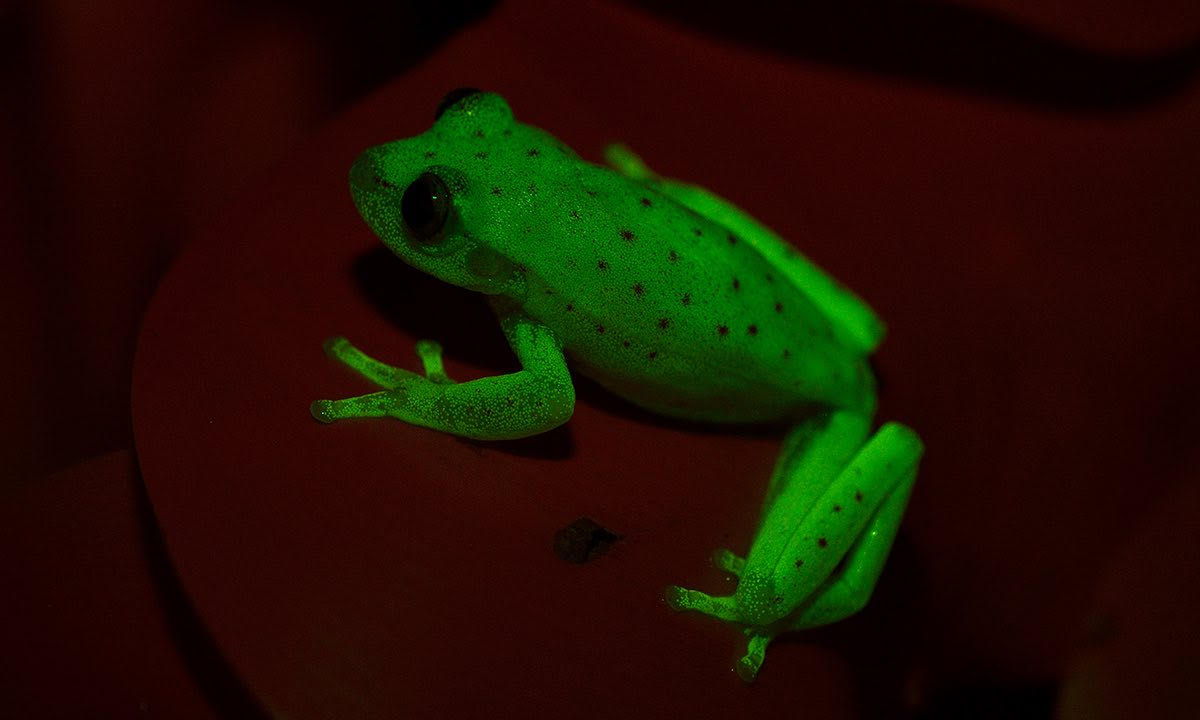 “In this interdisciplinary study, we report naturally occurring fluorescence in amphibians; specifically, in a common South American tree frog. We show that fluorescence is traceable to a class of compound that occurs in lymph and skin glands. Our study indicates that in our model species, in low-light conditions, fluorescence accounts for an important fraction of the total emerging light, largely enhancing brightness of the individuals and matching the sensitivity of night vision in amphibians.” – Taboada et al. 2017

“Under normal light, the South American polka dot tree frog (Hypsiboas punctatus) sports a muted palette of greens, yellows and reds. But dim the lights and switch on ultraviolet illumination, and this little amphibian gives off a bright blue and green glow.” – Anna Nowogrodzki, Nature News

Over 100 news outlets covered this study. BuzzFeed headlined, “Scientists Just Found A Frog That Glows In The Dark And It’s Pretty Groovy.” The frog doesn’t exactly glow in the (total) dark – but it emits visible light after being illuminated with ultraviolet light.

“No one’s ever reported fluorescence in frogs, until some Argentinian researchers decided hey, let’s shine some dang frogs with some ultraviolet light and see what happens.” – Ryan F. Mandelbaum, Gizmodo.

And yes, the frog IS ridiculously cute. 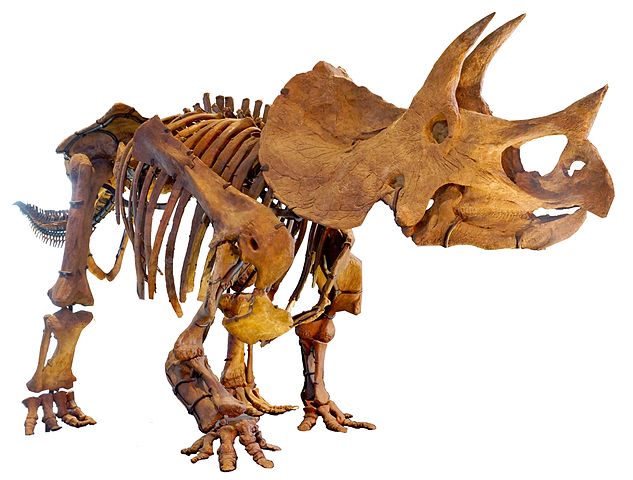 Over 100 news outlets covered the study, along with over 1,000 Twitter users. Smithsonian.com headlined “New Study Restructures the Dinosaur Family Tree.”

“Researchers from the University of Cambridge and Natural History Museum in London analyzed the skeletons of 75 different dinosaur species, collecting 35,000 data points about 457 physical traits. What they found is that the theropods (a group that eventually gave rise to modern birds) are in the wrong group. Based on their analysis these creatures should be moved in with the ornithischians and this new bunch could be renamed Ornithoscelida. […] If theropods and ornithischians come from one common ancestor, it means feathers only evolved once, instead of evolving separately in the two major branches of the dino tree.” – Jason Daley, Smithsonian.com

“For most of my life, I’ve believed that the dinosaurs fell into two major groups: the lizard-hipped saurischians, which included the meat-eating theropods like Tyrannosaurus and long-necked sauropodomorphs like Brontosaurus; and the bird-hipped ornithischians, which included horned species like Triceratops and armored ones like Stegosaurus. That’s how dinosaurs have been divided since 1887. It’s what I learned as a kid. It’s what all the textbooks and museums have always said. And according to Baron, a Ph.D. student at the University of Cambridge, it’s wrong. By thoroughly comparing 74 early dinosaurs and their relatives, Baron has radically redrawn the two major branches of the dinosaur family tree. Defying 130 years of accepted dogma, he splits the saurischians apart, leaving the sauropods in one branch, and placing the theropods with the ornthischians on the other. Put it this way: This is like someone telling you that neither cats nor dogs are what you thought they were, and some of the animals you call ‘cats’ are actually dogs.” – Ed Yong, The Atlantic