Welcome to the Altmetric High Five for May! On a monthly basis, my High Five posts examine a selection of the most popular research outputs Altmetric has seen attention for that month.

This month’s papers are all about health. 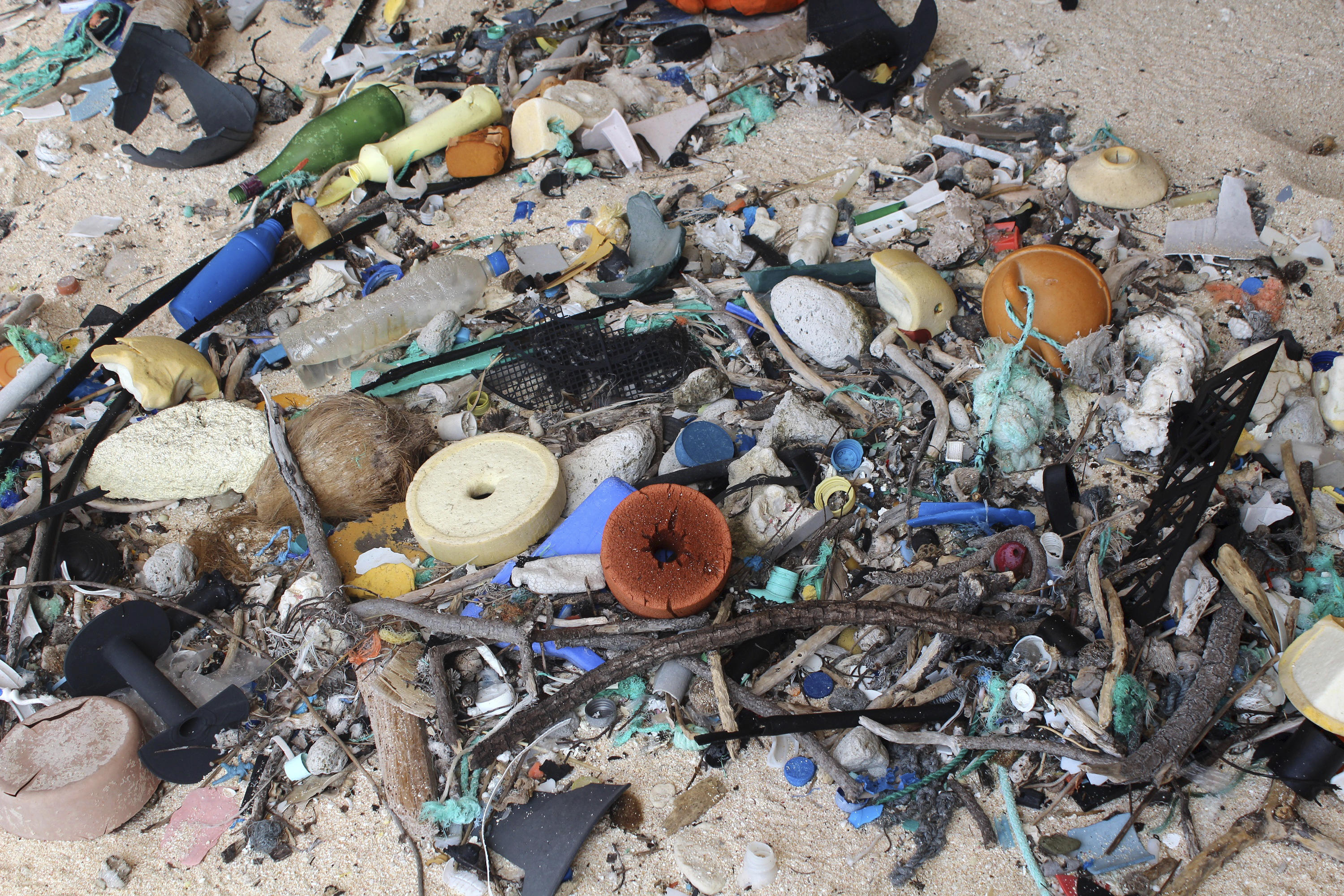 Nearly 250 news outlets picked up the study, which was also highly mentioned on Twitter. The Washington Post headlined, “No one lives on this remote Pacific island — but it’s covered in 38 million pieces of our trash.”

“[T]he remote island has become the final resting place for an estimated 38 million pieces of garbage, according to researchers who arrived on its shores in 2015 and were stunned to find the atoll’s once-undisturbed white-sand beaches littered with trash. Nearly all of it was made of plastic. […] Based on identifiable markings on about 100 pieces, [researchers] determined that garbage had been carried there from China, Japan, South America, Europe, the United States and Russia.” – Amy Wang, The Washington Post

“The surface layer of the oceans now contains more than five trillion pieces of plastic, mostly in the form of tiny millimeter-wide fragments. […] Coasts act as sinks for that floating litter, especially if they sit within circular ocean currents called gyres. Once our trash  enters these currents, it can go on a long voyage until a shoreline interrupts its path.” – Ed Yong, The Atlantic

Study co-author Alex Bond told The Washington Post that he advised people to think about using plastic alternatives such as “bamboo toothbrushes, canvas carrier bags, bringing a mug to Starbucks” to cut down on plastic waste.

“The team found several purple hermit crabs that had taken to shoving their junk in junk, using bottle caps and other detritus in lieu of seashells.” – Ed Yong, The Atlantic

“We need to drastically rethink our relationship with plastic.” – study author Jennifer Lavers

You can read study author Jennifer Lavers popular article about this new research study at The Conversation. 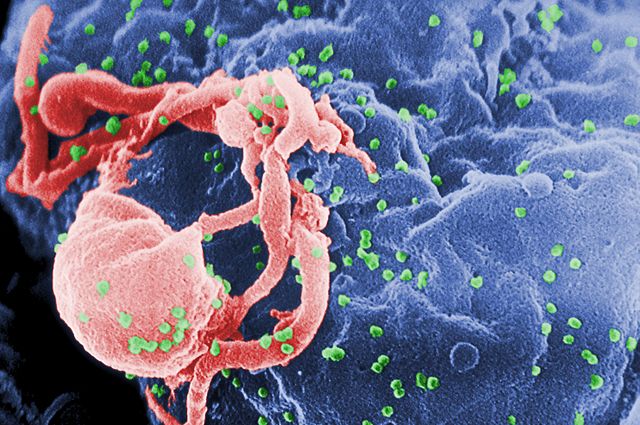 Our next High Five paper is “Survival of HIV-positive patients starting antiretroviral therapy between 1996 and 2013: a collaborative analysis of cohort studies,” published in The Lancet HIV in early May. The authors report improvements in survival rates over time of HIV-positive patients taking antiretroviral therapy, based on a review of 18 different studies.

Nearly 250 news outlets picked up the study. Quartz headlined, “Some people with HIV are starting to live as long as people without it,” a common headline theme in news stories about this study.

“In a review published in The Lancet HIV, researchers from the Antiretroviral Therapy Cohort Collaboration – a group based out of the University of Bristol in England – found that on average, European and North American men and women living with HIV are living to 73 for men and 76 for women, if they began treatment between 2008 and 2010. The average life expectancy in the US is currently 79 years on average, or just under 77 for men and just over 81 for women.” – Katherine Ellen Foley, QZ 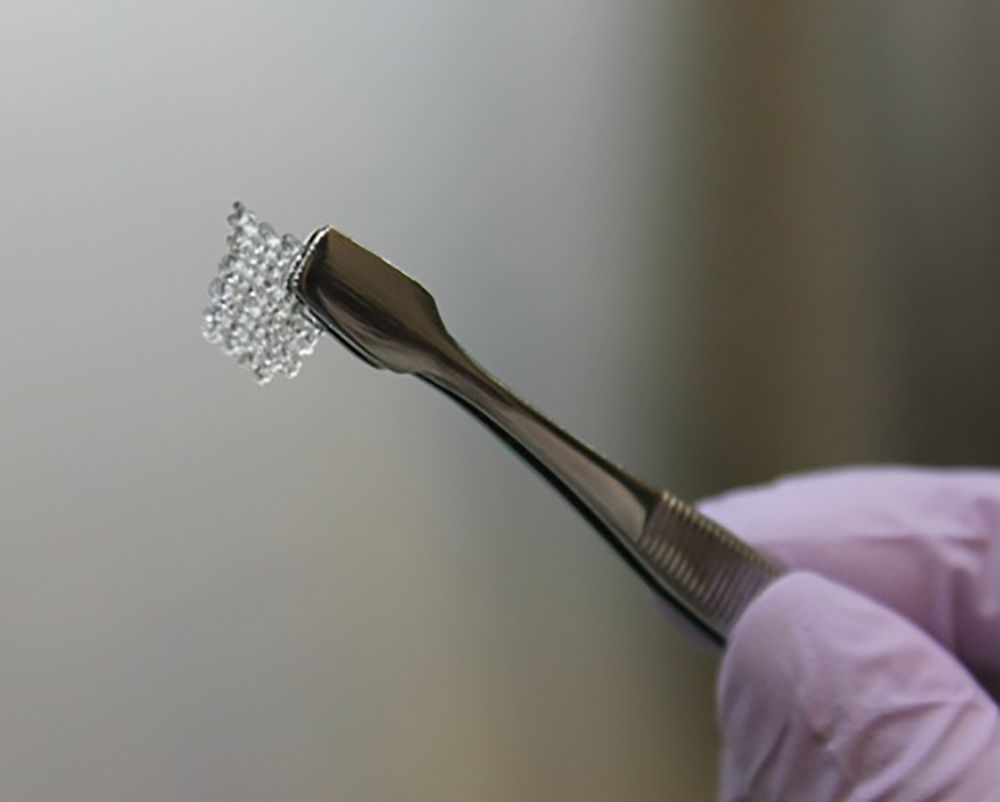 Our next High Five study is “A bioprosthetic ovary created using 3D printed microporous scaffolds restores ovarian function in sterilized mice,” published in Nature Communications on May 16. The study authors 3D printed hydrogel scaffolds that when seeded with follicles, or egg cells, “become highly vascularized and ovarian function is fully restored when implanted in surgically sterilized mice.” The geometry of the scaffold pores was critical to the success of the scaffolds.

“The 3D printed ovaries aren’t exactly what you might be picturing. The technique the researchers used works like this: First they 3D printed a biodegradable scaffold, which holds the cells in and eventually breaks down inside the body. They then placed the mouse’s follicle cells—egg-producing cells that are naturally found in the ovaries—into the scaffold, and then surgically placed that scaffold into the mouse. The new follicle cells allowed the female mouse to ovulate, and eventually give birth to a litter of live young.” – Claire Maldarelli, Popular Science

“The work marks a step towards making artificial ovaries for young women whose reproductive systems have been damaged by cancer treatments, leaving them infertile or with hormone imbalances that require them to take regular hormone-boosting drugs.” […] Scientists have made artificial ovaries for mice before, but the latest research is believed to be the first time that researchers have used 3D printing to manufacture them. It is not clear if the same approach will work in people because human follicles are much larger and grow rapidly until they are visible to the naked eye.” – Ian Sample, The Guardian 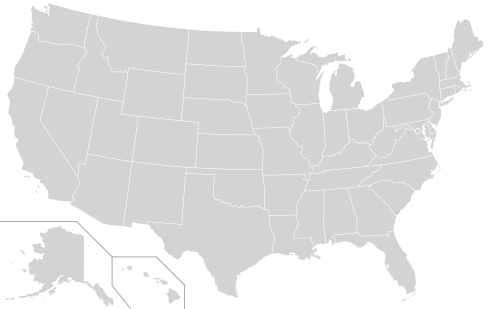 Our next High Five paper is “Inequalities in Life Expectancy Among US Counties, 1980 to 2014,” published in JAMA Internal Medicine in early May. According to a population-based analysis, the authors report that “inequalities in life expectancy among counties are large and growing, and much of the variation in life expectancy can be explained by differences in socioeconomic and race/ethnicity factors, behavioral and metabolic risk factors, and health care factors.”

Nearly 150 news outlets covered the study, which was also mentioned on Twitter by over 1,300 users. The Washington Post headlined, “U.S. life expectancy varies by more than 20 years from county to county.” The Atlantic headlined, “Kentucky Is Home to the Greatest Declines in Life Expectancy.”

“Life expectancy in many places in this country is declining. It’s going backward instead of forward. These disparities are widening, so this gap is increasing.” – study co-author Ali Mokdad, quoted in The Washington Post

The study found that “[p]eople are less likely to live longer if they are poor, get little exercise and lack access to health care, the researchers found,” according to The Washington Post. But as one outside expert told The Washington Post, establishing cause and effect relationships between these factors and death rates in some U.S. counties can be problematic. “It’s hard to separate out the consequences of lower incomes, unhealthy conditions such as obesity, less access to health care providers, and of healthier people moving out of some counties,” Andrew Cherlin, a professor of sociology and public policy at Johns Hopkins University, told The Washington Post.

“Your life expectancy can vary by as much as 20 years depending on which county in the U.S. you live in. That’s according to new research published Monday in the journal JAMA Internal Medicine. Life expectancy for the country as a whole grew by more than five years from 1980 to 2014, to an average of 79.1 years. During that time, however, some areas saw increases of more than 13 years, while a few others saw declines of up to 2.3 years. This new study adds to a growing body of research showing that race, education, wealth and where you live can help determine how long you will live.” – Anna Maria Barry-Jester, FiveThiryEight 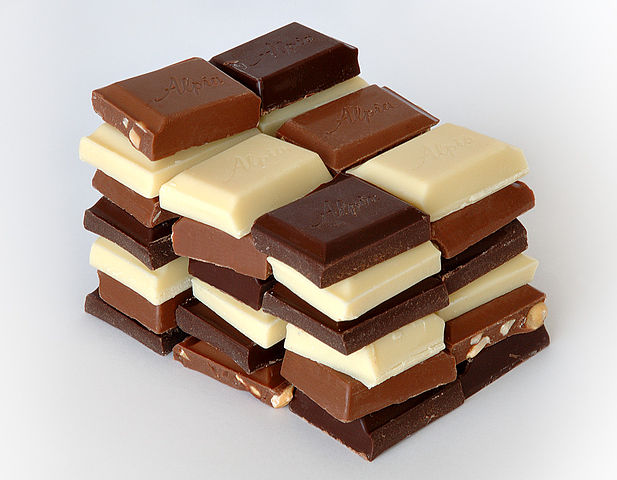 Our final High Five paper is “Chocolate intake and risk of clinically apparent atrial fibrillation: the Danish Diet, Cancer, and Health Study,” published in BMJ Heart. Based on data from a large population-based prospective cohort study, researchers found that “moderate chocolate intake may be inversely associated with AF [atrial fibrillation or flutter] risk, although residual confounding cannot be ruled out.”

Over 200 news outlets picked up the study, including many newspapers and broadcast news channels. Nicholas Bakalar wrote about the study for The New York Times Well blog:

Of course, that doesn’t mean you can eat all the chocolate you want and still be healthy. Popular Science headlined, “Chocolate is not a super food.” Writer Sara Chodosh points out some reasons to be cautious about the findings of this latest BMJ Heart study, including some less than ideal statistical confidence intervals for the study’s results.

“’Chocolate lowers your risk of insert heart problem here’ will always get clicks, because we want to believe it. […] you can get flavanols from other foods, like fruits and vegetables and tea, which tend to not contain the large volumes of sugar that many chocolate bars do. We know eating a balanced diet with plenty of fiber and getting enough exercise will significantly reduce your likelihood of having a whole slew of heart problems. Maybe you should just do those things instead of making up reasons to feel good about eating chocolate. But you already knew that. You just want to believe in the powers of a chocolate bar. Heck, we all do.” – Sara Chodosh, Popular Science

Speaking of clicks, what makes all the studies contained in this month’s High Five so newsworthy? Whether good news or bad, they all deal with health, either human health, mouse health or the health of our environment. And health is a always newsworthy topic, especially when the stakes are high.