Welcome to the October High Five! On a monthly basis, the High Five post highlights the articles that have received the most attention from a particular attention source type – whether it’s blogs, policy documents, Twitter, Wikipedia, or something else!

As Google+ will be shut down by Google soon, we thought we’d take the opportunity to highlight some of the research published in October that was mentioned by Google+ users.

#1 Incredible findings from the Cassini mission 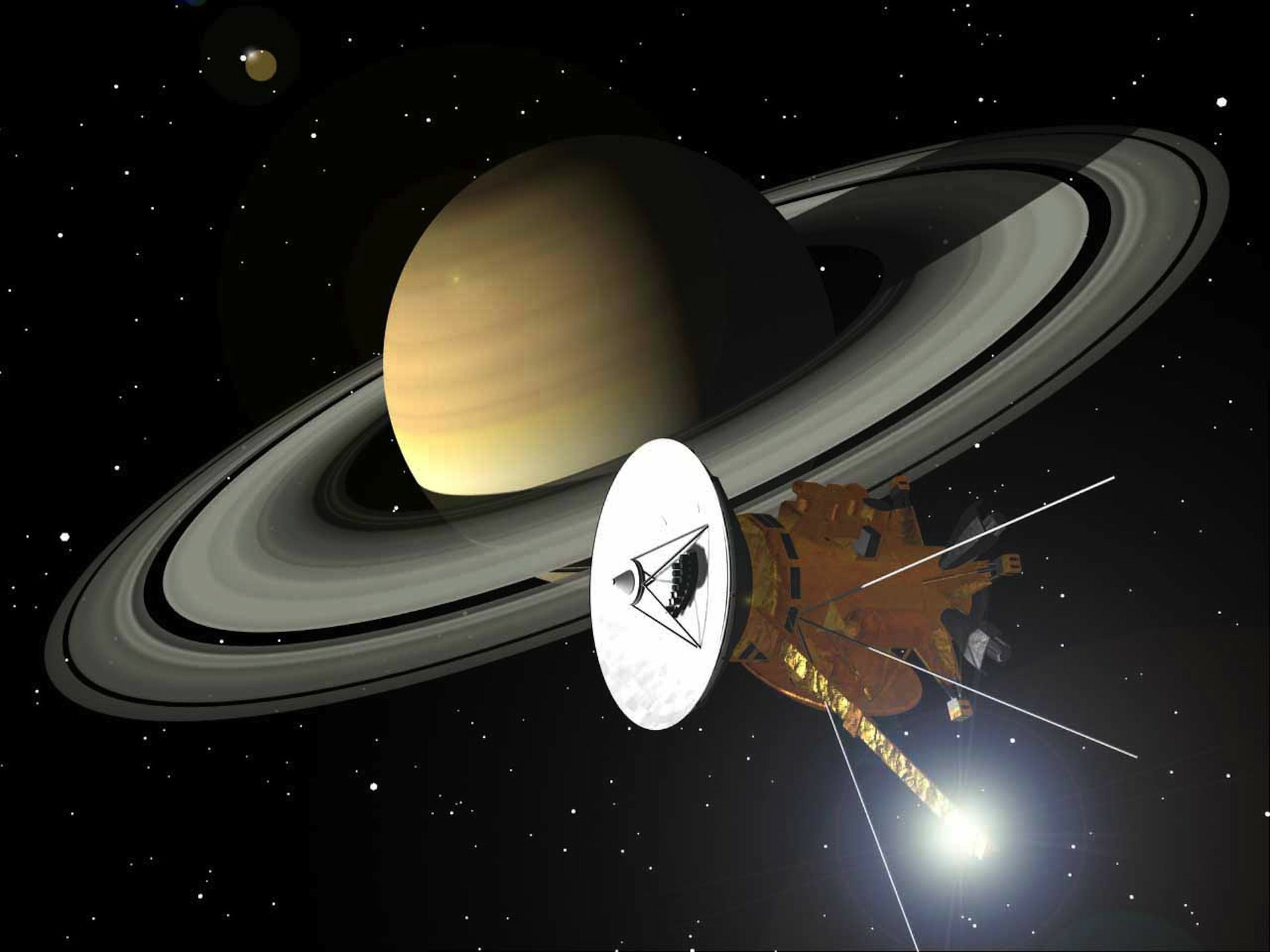 Number one this month is “Saturn’s magnetic field revealed by the Cassini Grand Finale” published in Science. This article documents the investigation of the electromagnetic environment between the Saturn’s rings that the Cassini mission undertook whilst in orbit around the planet:

‘The internal magnetic field is a diagnostic of interior structure, dynamics, and evolution of the host planet. Rotating convective motion in the highly electrically conducting layer of the planet is thought to maintain the magnetic field through the magnetohydrodynamic (MHD) dynamo process.’ Dougherty, M.K.  et al “Saturn’s magnetic field revealed by the Cassini Grand Finale” (2018) Science

The article has already been mentioned in 18 Google+ posts by users excited to share the new discoveries: 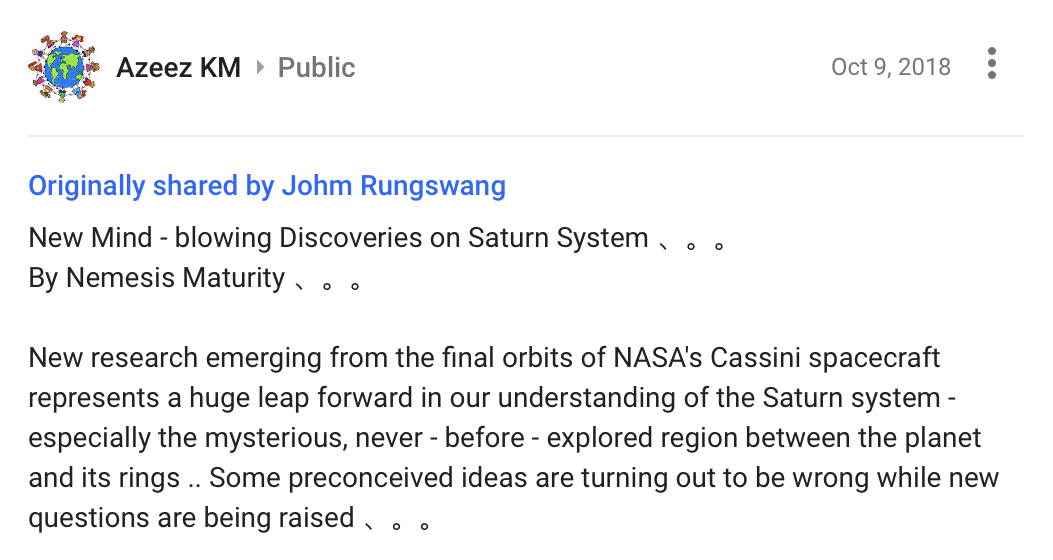 #2 Advances in the treatment of Alzheimer’s 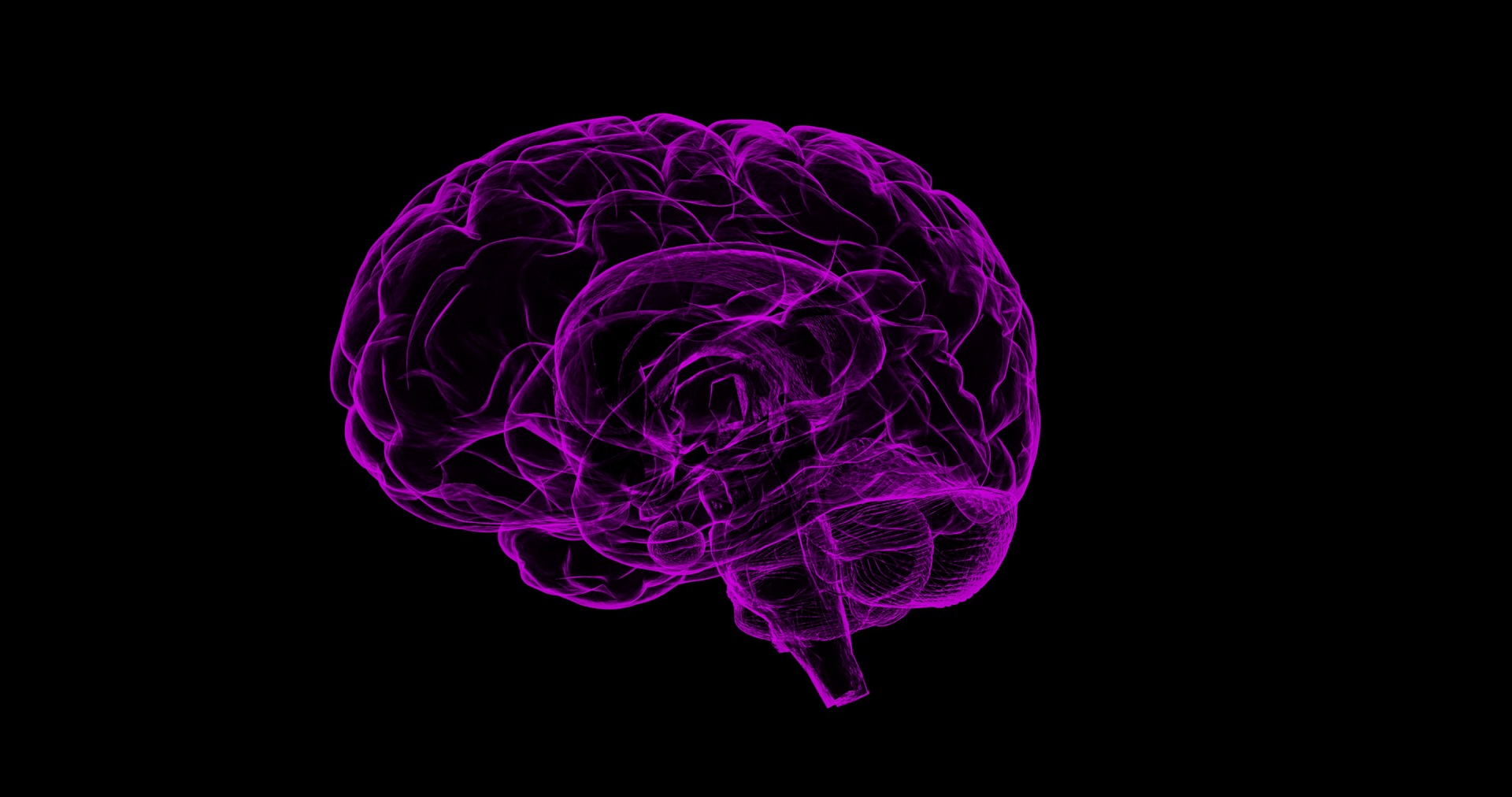 Number two this month is “Alzheimer’s disease: mounting evidence that herpes virus is a cause” published by The Conversation. This article examines findings that suggest new treatments for Alzheimer’s and even the possibility of vaccinating children against it.

The article was mentioned in 17 Google+ posts from 16 users. Many of the commenters were pleased to share the news of new developments towards a cure for one of the most common forms of dementia:

#3 The recipe for life 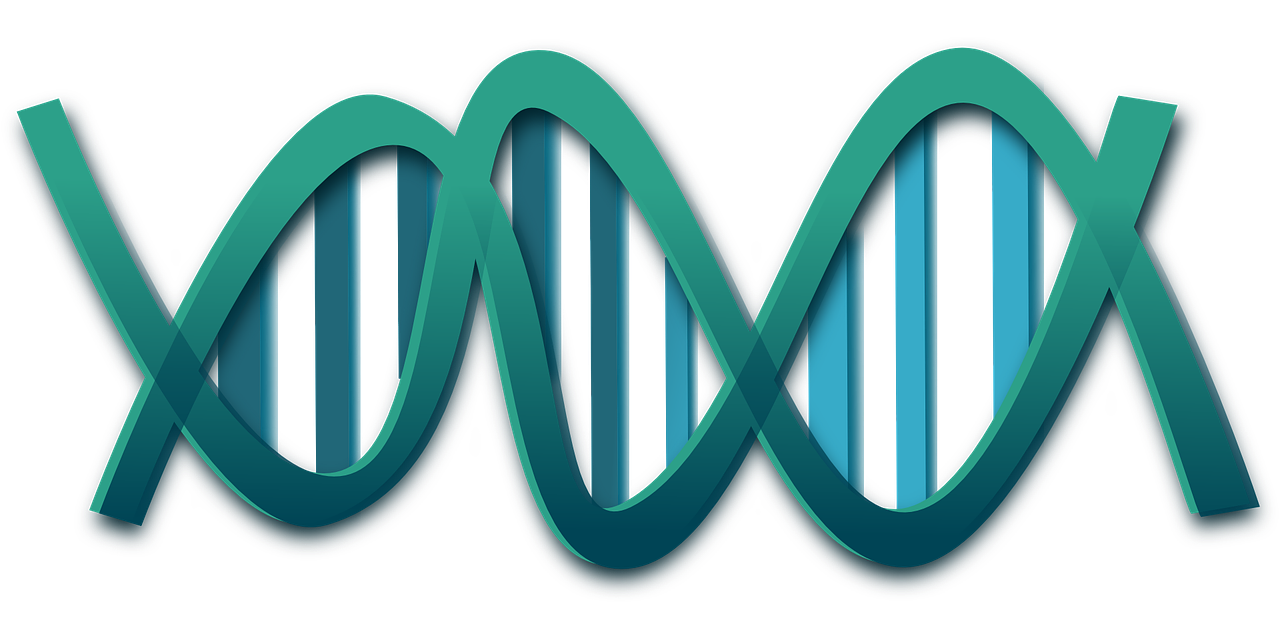 Number 3 this month is “Chemists find a recipe that may have jump-started life on Earth” published in Science. This article summarises new research that suggests a set of simple starting materials that can reproduce RNA, the molecule that is believed to have begun life on Earth.

“The process doesn’t solve all of RNA’s mysteries. For example, another chemical step still needs to “activate” each of RNA’s four building blocks to link them into the long chains that form genetic material and carry out chemical reactions. But making RNA under conditions like those present on early Earth now appears within reach.” Service, R “Chemists find a recipe that may have jump-started life on Earth” (2018) Science

The article has been mentioned in 16 Google + post already: 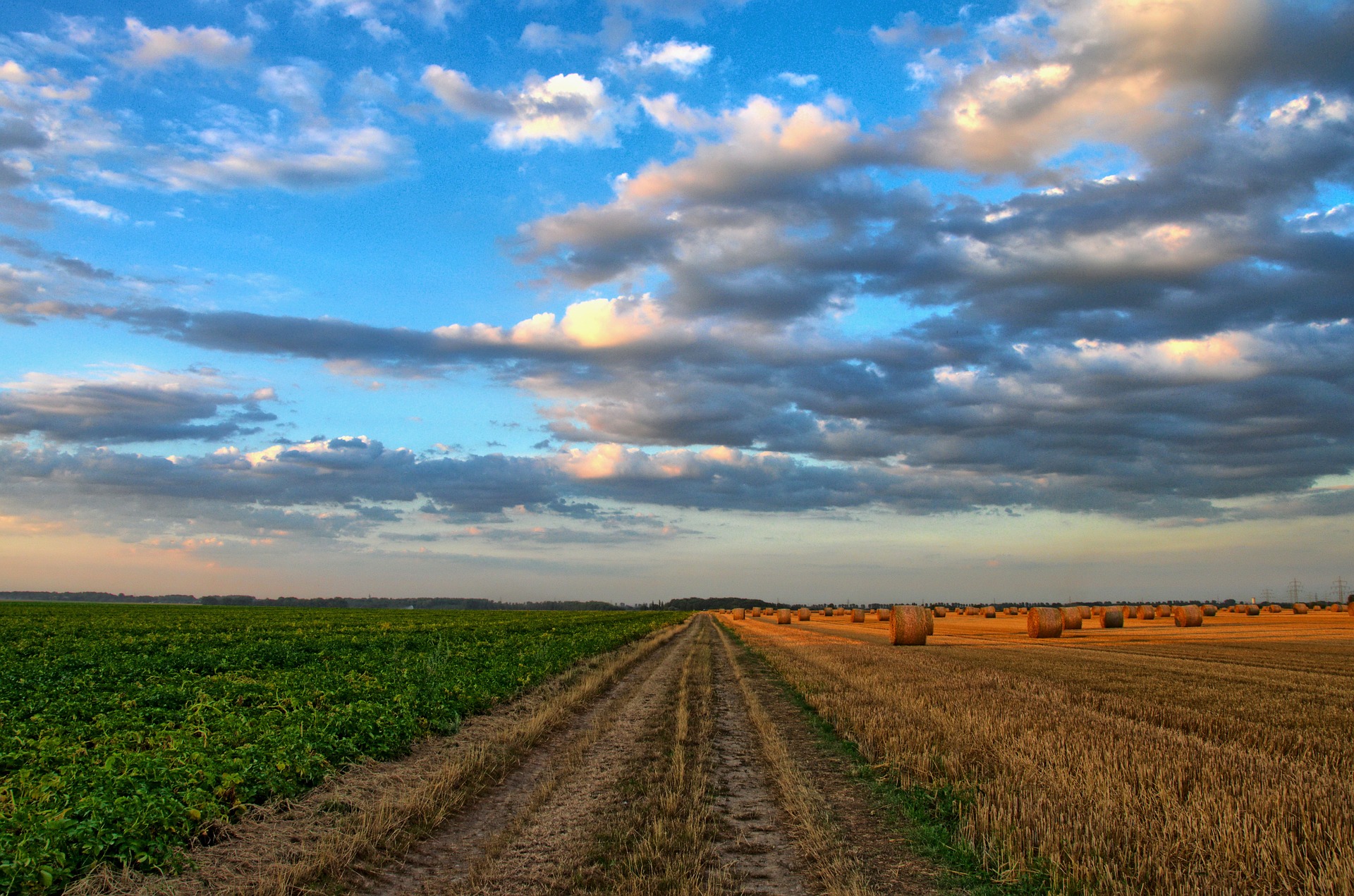 In at number four is “Agricultural research, or a new bioweapon system?” published in Science. The article looks at the disastrous effects of the creation and use of agricultural generic technologies that are designed to edit crop chromosomes in fields.

The article has been mentioned in 14 Google+ posts, many of which express concern over the possibility of the creation of a new bioweapon: 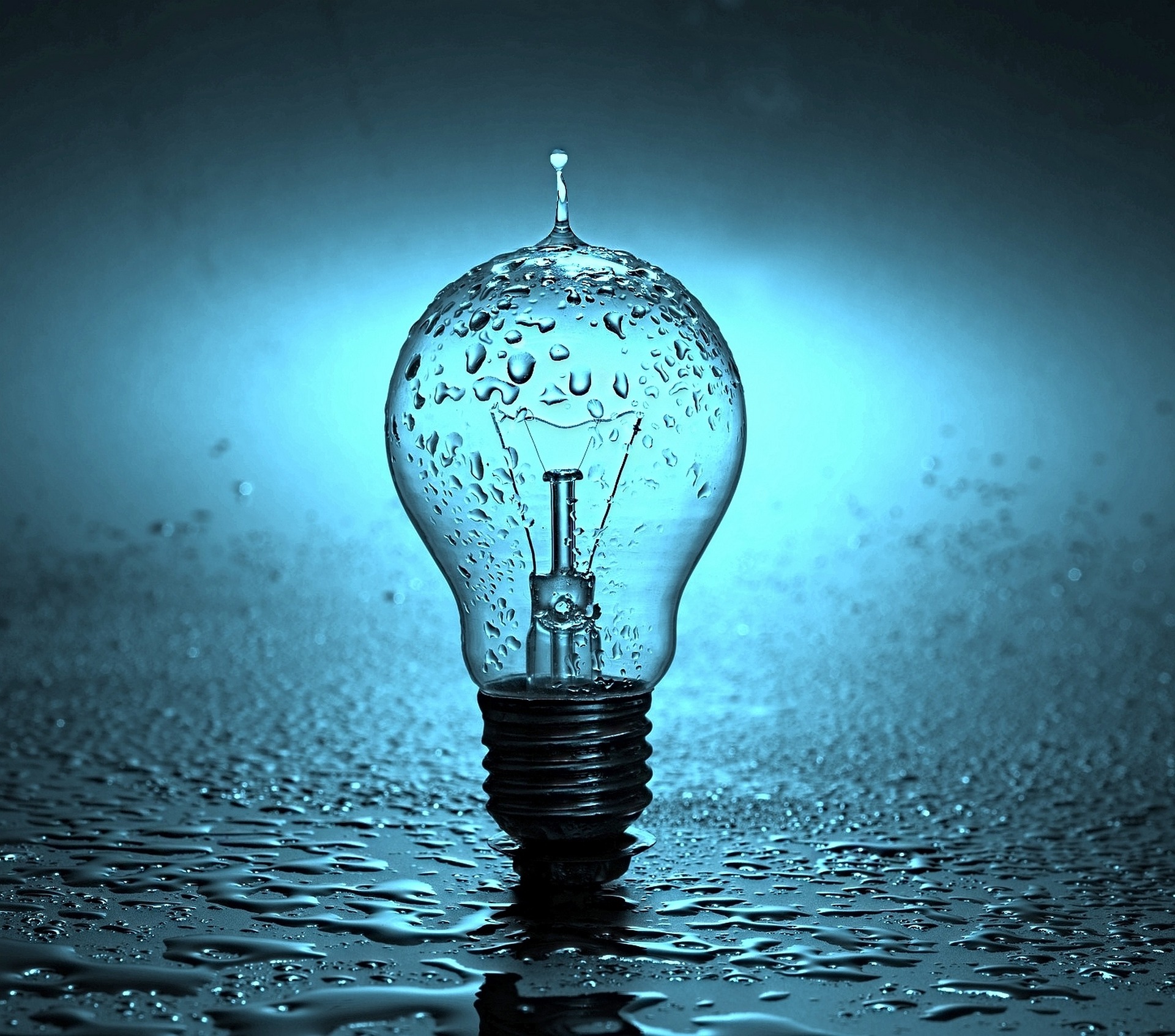 Finally in at number five is “This ‘two-faced’ membrane can create electricity—from nothing but salty water” which was published in Science. This article summarizes the creation of a power producing membrane that can harvest an electrical current from salty water by using osmosis.

“By placing charged, thin membranes in between salty water and freshwater, scientists can create an expressway for the flowing particles, generating electric current.” Schembri F “This ‘two-faced’ membrane can create electricity—from nothing but salty water”(2018) Science

We’ve tracked 14 mentions of the paper on Google+. Some of which were from readers excited by the prospect of unlimited electricity generated from water: 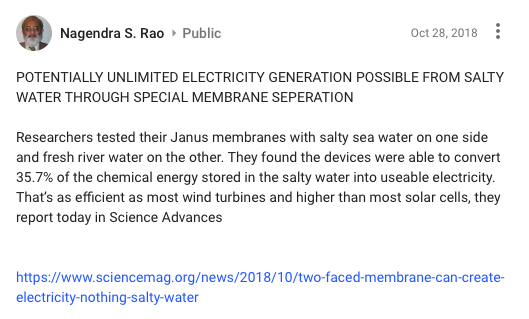