In the first monthly blog post of 2020, written by Science Wordsmith Lucy Goodchild, we explore the findings and attention around a piece of research published in the previous month that caught the public’s attention. Listen to the accompanying podcast here.

At the start of the year, the gym is busy, vegetables are flying past cashiers at the supermarket and runners are pounding the pavement, all in a bid to get healthier. But it’s not easy to stick to new year’s resolutions; according to some estimates, some 80 percent of people will have fallen off track by February.

What if there was something simple you could do that could have a big impact on your health? According to US researchers, eating within a set timeframe each day, say ten hours, could help people reduce their blood pressure, regulate their blood sugar and even lose weight – without counting calories, doing more exercising or cutting out certain foods.

In their study in Cell Metabolism, researchers from the Salk Institute for Biological Sciences and UC San Diego in the US asked 20 people to only eat within a 10-hour timeframe every day – say from 10am to 8pm – and consume only water outside of that timeframe.

The study suggested that time restricted eating could have a positive impact on health. The biggest surprise was that even without increasing their exercise or reducing their calorie intake, many participants lost body weight and abdominal fat – two major concerns in an increasingly overweight population. They also saw a significant decrease in blood pressure – another big problem in the US, where almost half of the adult population is hypertensive.

The study was a hit, with headlines telling people ‘eat for 10 hours, fast for 14’. While the science isn’t quite that clear yet, Prof. Satchidananda Panda of the Salk Institute, one of the researchers behind the study, believes the simple message could help people. 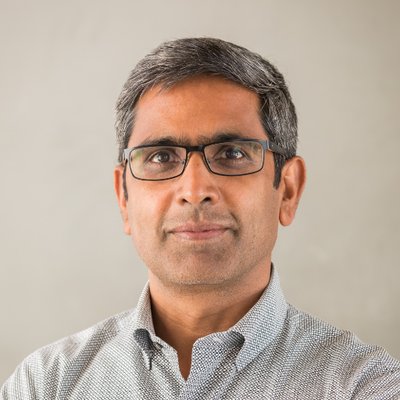 “I think it gives them hope that they don’t have to think about changing their food,” he said. “This is a huge burden on a lot of people. I have Indian ancestry and I like Indian food. If someone tells me that to improve my health, I have to eat salad or a Mediterranean diet, it becomes very difficult for me to change my diet overnight, so in that way there is a barrier to adopting new recommendations. Eating for just 10 hours a day is much easier.”

Eating according to our circadian rhythm

What makes this study different from previous ones is that the people who took part all had metabolic syndrome. That means they had three or more of these symptoms that increase the risk of diabetes and heart disease: obesity, excess abdominal fat, abnormal cholesterol, high blood pressure and high blood sugar.

People with metabolic syndrome are advised to eat more healthily and exercise, but this is often a challenge. The team thought a simple intervention like only eating within a 10-hour window might be a more effective approach. They were right: 19 of the participants completed the three-month trial, and 70 percent of them were still eating within the timeframe a year after the study ended.

The success of this approach lies in our inner clocks. Prof. Panda has a background in circadian rhythm and is fascinated by the way our bodies seem to work according to an internal clock. His previous research revealed that just as the brain has a clock, so too do our other organs, and even individual cells. The brain, for example, works much better for a number of hours during the day, then it needs sleep at night to repair, reset and rejuvenate.

This understanding led to the idea that our digestive organs might also need rest. Many of our chronic diseases are caused by excessive wear and tear – we eat too much, store too much fat, drink too much alcohol – so it stands to reason that letting our digestive organs rest could help tackle these diseases.

Prof. Panda and his colleagues knew there would be interest in the paper, but they hadn’t expected the broad coverage it garnered in the media – to date there have been more than 160 news articles and 2,000 tweets, leading to an Altmetric attention score of over 2,670.

“It’s intuitive and doesn’t require calorie counting, I think the ease of doing it makes it popular,” Prof. Panda said. “I never expected that the small study will create that buzz but then and now I realized that this was the first time we did a study on patients who already living with metabolic diseases.”

The coverage was kicked off by three simultaneous – coincidental rather than coordinated – press releases, from Salk, UC San Diego and Cell Press. The paper was published 10 days earlier than planned, surprising the whole team.

“On the day the paper came out, I was not in the US, I was flying to India for the Hindustan Times Leadership Summit in New Delhi. By the time the plane landed, the paper had come out and people had started tweeting about it.” The timing ended up being perfect – Prof. Panda was talking about his research at the conference, having been invited by an editor who previously wrote about his work. It’s a big hit in India, where time restricted eating is proving to be a good approach to improving health.

Back at Salk, Prof. Panda is continuing to work on this, including through a new cohort trial and analyzing data from tens of thousands of participants gathered through the team’s app, My Circadian Clock.

While the results so far have been very promising, Prof. Panda still has many questions: is 10 hours a day good, or is eight or 12 better? Who should go with which timeframe? Does the quality of the food we eat matter? Should we combine time restricted eating with step counting? With evidence from larger trials and meta analyses, the next stage will be to come up with a standardized program so that doctors can give their patients clear recommendations. For now, there’s enough evidence to suggest it’s not a bad idea to eat by the clock.

“I think many researchers don’t know how to engage with the public. Striking that balance between saying yes, this is exciting, yet there’s a lot to be done is very delicate. In this case, we don’t want to tell people to start doing this because it’s possible that there are people who might see negative effects or try to change too much at once. Having some concern about what you’re doing, knowing the limitations and communicating that clearly is a very big issue.”