In another of our monthly blog post written by Science Wordsmith Lucy Goodchild, we explore the findings and attention around a piece of research published in the previous month that caught the public’s attention. Listen to the accompanying podcast here.

“We have to do something about climate change before it’s too late!” Calls to action are getting louder and more urgent, but they’re not really engaging us. One of the issues is that climate change can be a difficult concept to grasp – what does 2 degrees actually feel like? How different might home feel in 30 years, when the temperature has risen?

Dr. Jean-François Bastin realized that this difficulty might be hampering our engagement with climate change – and therefore our collective action. So in two studies, he went about finding a way to make 2 degrees more tangible and proposed a way to reduce it.

In a paper in PLoS ONE, Dr Bastin and his colleagues at the Crowther Lab at ETH Zürich in Switzerland look at how the temperature is predicted to change by 2050 in major cities around the world, and compare those changes to other cities of today. London, they say, will feel like Barcelona; Madrid will feel like Marrakesh; Stockholm will feel like Budapest.

Dr. Bastin has been fascinated by nature, the environment and ecology since he was a young child, and it was during a particularly hot summer at home in Belgium that the urgency of climate became clear to him.

Rather than developing a new model of climate change, Dr. Bastin and the team took existing data and looked at it in a new way, using something that’s familiar to all of us: cities. 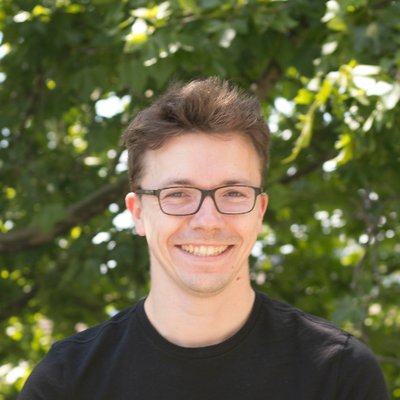 Their hunch was right and people got the message, thanks in part to at least 100 news articles about the study. While they had hoped their approach would engage people, they hadn’t counted on such wide coverage.

“As soon as we started to communicate about it, we realized it had the potential to get good coverage,” said Dr. Bastin. “Journalists were telling me that they enjoyed reading the paper as it was simple to understand and easy to communicate to wider audiences. What I’ll take from this is that it will encourage me to communicate my results as simply as I can, so we can directly reach citizens.”

“Communication needs to be translated into action”

Dr. Bastin got frustrated about the lack of political will and action to tackle climate change; action, he says, is essential. Now armed with a way to understand what’s likely to happen in the future, he wanted to find a solution rather than just presenting people with problems.

The solution Dr. Bastin and his colleagues present in their paper in Science is as simple as their cities concept: they suggest we plant trees. Trees are valuable sinks of atmospheric carbon, helping soak up some of the greenhouse gas emissions we humans are pumping into the atmosphere, and that’s information everyone can understand and do something with.

Read the paper in Science: The global tree restoration potential

Charities around the world have been working for years to promote tree planting, and while they have various kinds of targets, there hasn’t really been a clear picture of what’s possible – of how many trees we could plant and where we could plant them.

“The idea was to try to define the limits of the system – what we can actually do,” Dr. Bastin explained. “It’s good to have targets, but maybe they’re too ambitious or not ambitious enough. As long as we don’t know what can be done on the planet, it’s difficult to achieve those goals.”

They looked at relationship between the number of trees and different environmental conditions at more than 80,000 locations around the world, in all the different climates – tropical to desert. They then built a model and extrapolated to determine what the Earth could look like without human activities cutting into the forest.

“It gives us a picture of the planet which is quite nice,” he said, “it’s a bit unrealistic, but you can see we can have lots of trees, about twice as many as we have today.”

Making it more realistic, taking cities and farm land into account, an area of 900 million hectares – about the size of the United States – could be planted with trees. This area could capture about 200 gigatons of carbon; today there are 300 gigatons of carbon in the atmosphere due to humans and 800 gigatons in total, so it’s a significant amount.

How far can planting trees take us?

“What I like about this solution is that anyone can understand that planting a tree can capture carbon from the air in order to produce wood, and anyone can plant a tree, as long as you have good guidelines,” he said. “Anyone can take action if they want to.”

The solution is simple, understandable and actionable – and definitely newsworthy. With more than 200 news articles published about the paper, it gained an Altmetric score of more than 4700.

It kept Dr Bastin busy, and working with the media has been an encouraging experience for him: “When you see that your research is generating that much interest, it can only give you motivation and more will to continue and do more,” he said.

While Dr. Bastin thinks planting trees is a great solution, he reminds us that it’s not a silver bullet: “We can work on restoration in order to drill down some carbon from the atmosphere, but this will not solve everything. We should invest in all the other natural climate solutions we have, and we need to cut carbon emissions – otherwise it’s all for nothing.”

“When we write a paper, it takes a lot of time, and once we submit a paper, we feel that the work is done. Now we need to consider that that’s not the last step; the last step is probably communication. We need to do the best we can to use the little bit of energy we still have after submitting a paper into trying to write a nice summary and to reach the media. You don’t need to reach out to hundreds of media outlets, or to publish in Scienceor Natureto get the attention. We do what we do not to do it in our own little corner, we do what we do because we want to improve the global level of knowledge on our topic and we want to communicate it with the public. I think we need to take more responsibility for the communication.”