In another monthly blog post written by Science Wordsmith Lucy Goodchild, we explore the findings and attention around a piece of research published in the previous month that caught the public’s attention. Listen to the podcast episode here.

If you’ve ever criticized ‘kids today’ for not reading enough, or being smart enough, or playing outside enough, or respecting their elders enough, then you’ve probably experienced a mental glitch that scientists have identified as common to all generations.

When we consider ourselves good at something – respecting authority for example – we tend to think the younger generation are less good at it. It’s a glitch that’s specific to our strengths, and it’s related to memory bias, according to a study in Science Advances.

Read the study: “Kids these days: Why the youth of today seem lacking”

“You start to see the same complaints come up over and over and over again, and that led my colleague and I to wonder what’s going on – why are we making the same complaints year after year, generation after generation, for millennia?” said Dr. John Protzko, the lead author of the study. “It left us with the impression that it could either be the case that the world was objectively at its absolute best in 340 BC, and has been in objective decline ever since, or that there’s something else going on.” 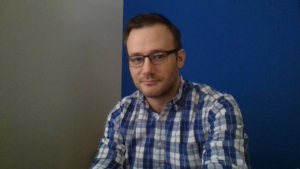 Dr. John Protzko, Department of Psychological and Brain Sciences at the University of California, Santa Barbara

Dr. Protzko and his colleague Prof. Jonathan Schooler, both from the Department of Psychological and Brain Sciences at the University of California, Santa Barbara, decided to investigate the ‘something else’. They wanted to find out whether people tend to think the younger generation are declining in every way, or if it’s specific to certain traits.

They started by looking at respect for authority – this, according to Dr. Protzko, is the trait with the longest-running history of complaints, spanning at least two-and-a-half millennia. In their first study, they asked 1,824 Americans how much they believed kids today respect their elders compared to when they were young and looked at that alongside the participants’ own authoritarianism. They found that the higher people respected authority, the more they believed kids today respect their elders less.

Then they wanted to know if the tendency to think younger generations are lacking carried across to other traits – and they found it didn’t. Looking at intelligence this time, in a group of 134 participants, people’s respect for authority had no bearing on whether they thought kids today were less intelligent than when they were young. But in the same sample of people, they did notice a positive link with intelligence: the more intelligent the participant, the more likely they were to think kids today were less intelligent.

What’s happening? Dr. Protzko says it’s a memory glitch that we all share. “There’s a phenomenon called presentism, where we impose our current self onto memories. If you tell people that brushing your teeth is really bad for you, they’ll say that they didn’t brush their teeth that often in the past, taking your current beliefs and imposing them backwards in time.”

We don’t have much objective evidence of what kids were actually like when we were young; all we have is our memory, and if that’s biased, it could be causing the complaints we see coming back every generation.

“I don’t think there’s a reason it’s developed,” said Dr. Protzko. “I think it’s just sort of an unfortunate offshoot of the way the human memory works, and it has this very unfortunate consequence that if you’re high on specific trait, you tend to idolize the past on that trait. It is a prejudice, it’s a bias against the youth, so in that sense, it’s not a positive thing to have happen.”

The researchers also identified a way to soften the effect. They did a study in which they gave participants false feedback about how well read they were, telling people they were in the bottom 15 percent of the US population. Not only did people adjust their opinions of themselves, they also said they weren’t so well read as kids – and that the kids of today aren’t reading less.

“That provides some causal evidence for how changing how you currently view yourself will soften how you view today’s kids,” said Dr. Protzko. “I think the practical application would be more of an acknowledgment that we don’t have an accurate objective accounting of the way children were when we were children. And maybe a little bit of humility might help, saying I don’t really know what kids were like, I have a biased memory.”

Given how ubiquitous the ‘kids today’ phenomenon is – and how far into our history it reaches – it’s not surprising that the paper garnered public attention. This wasn’t Dr. Protzko’s first experience working with the media, and when the paper was ready, he approached the UC Santa Barbara public relations department to get the news out.

“I’ve met with above relations department at UC Santa Barbara a number of times for previous research and they always say, ‘no one comes to us, we have to go hunt down people and find out what they’re doing’. It’s definitely a tool that is supposed to be used for promoting research, because it makes the university look better and it gets the researchers’ work out more than just to a scientific journal, so I’ve taken advantage of that.”

The positive responses from the public, especially on Twitter, were fun to watch, but Dr. Protzko wasn’t always happy about the coverage. “There’s been a lot of miscommunication of the research and its message, and that’s essentially a byproduct of people not reading the actual article,” he said. “It’s definitely a double-edged sword: you’ll get to have more people aware of your research, but you also tend to see people misrepresenting your research.”

Dr. Protzko’s takeaway message is clear: “This is an investigation into a memory bias that leads us to believe that the youth of today are deficient, but only in things that we happen to excel – and this is because the problem is rooted in memory. What it’s not about is exonerating a generation or demonizing a generation.”

Since the paper was published, they have tested the theory in several different traits, including self-control and narcissism, and they always find the same thing: when people score highly on a trait, they think that trait is in decline in the youth. Their next step is to look at why people tend to idolize the past and discover ways of softening the bias.

Take advantage of public relations offices that are available at your university, if you’re a researcher at a university, or public relations people in general. Because as a scientist, that is not in my skill set, and there are professionals who do this. I would say taking advantage of those resources is maybe the best way to get your research out to a larger audience, but it’s very important to be clear about the message.