The tiny Bramble Cay melomys of Australia, the brightly colored splendid poison frog of Panama and the powerful Western black rhino from Cameroon are three striking examples of the catastrophic global event we are currently experiencing: the sixth mass extinction.

According to the United Nations, more than 31,000 species are currently under threat of extinction. This puts us behind global targets to halt biodiversity loss. Sustainable Development Goal (SDG) 15 aims to address the ongoing extinction crisis. But is it enough?

“The SDGs are helping by putting us in the right frame,” said Prof. Gerardo Ceballos of the Institute of Ecology at Universidad Nacional Autónoma de México. “But we’re not doing enough unless the SDGs come with teeth, unless they come with a voice to stimulate it on the one hand and enforce it on the other hand. It’s important to set goals, but we really have to find the mechanisms to achieve those goals. Otherwise it’s wishful thinking.” 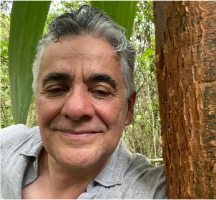 Prof. Ceballos is clear about his role in communicating the severity of the situation. “I always try not to be alarmist but to be scientific,” he said. “But it’s unethical not to be honest. We need to understand that whatever happens to the world’s plants and animals in the next 15 years will define what is left for centuries to come. There is still time, and that’s very good news. But the window of opportunity is really small, and it’s closing.”

Read the paper: Vertebrates on the brink as indicators of biological annihilation and the sixth mass extinction

Extinction is a natural part of evolution, next to speciation – through speciation, new species emerge, and through extinction they die out. The normal extinction rate would be one species for every 5,000 per century. But mass extinction, in which 70% or more species on earth die out, is not a necessary part of evolution. The current rate is hundreds of times higher than it should be.

In the PNAS study, the team looked at 29,400 species of vertebrates that live on land. They found 515 species are on the brink of extinction, with fewer than 1,000 individuals. Considering previous patterns of extinction, almost all of these species are predicted to disappear in the near future. This, they say, is a sign that the sixth mass extinction is accelerating.

A mass extinction happens very fast in geological terms – typically over the course of hundreds of thousands up to a few million years. But this accelerated extinction is geologically instantaneous, according to Prof. Ceballos. Recovery from such an event, if it’s possible at all, could take more than 20 million years. “Even if you recover the numbers, you never recover the species that are lost,” Prof. Ceballos said.

“Dinosaurs, trilobites, all these amazing creatures, disappeared in previous mass extinctions. Right now, the species on the brink of extinction are giraffes, elephants, lions, orangutans, mountain gorillas; we may lose some of the most evolved and magnificent species that have ever existed.”

Prof. Ceballos believes we can mitigate the mass extinction in several ways: first, by stopping the growth of the global human population; second, by reducing consumption, especially in more affluent countries; and third, by protecting our environment. “We need a new international body to invest enough money, specifically in developing countries where they don’t have the resources to protect the environment,” he said.

People V. Extinction aims to save 100 million hectares of the most primary forest and 1 million species, and motivate 4 billion people to take action.

There are many philosophical, ethical and moral reasons we should not continue to cause the current sixth mass extinction. But there are also practical reasons: plants and animals are fundamental to the conditions for earth to support life. We call the benefits nature provides humans ‘ecosystem services.’ For example, insects pollinate plants we can eat, rivers bring fresh water we can drink, and rainforests are the source of active compounds in the drugs we use.

Ecosystem services are not just convenient for humans; they are essential for life on earth. They are often monetized to show their value, and our approach to this has changed in recent years. Take a forest, for example. Previously, it might have been assigned a value based on the potential income from selling the timber. But we can look at this from a different angle, as Prof. Virginia Matzek, Professor in the Department of Environmental Studies and Sciences at Santa Clara University College of Arts and Sciences, explained:

“Think of that forest as a home for bats. Those bats fly out into the fields at night and eat mosquitoes and crop pests – they’re providing a pest control service, which has value to people. This service is a result of having an intact ecosystem. If you cut down the forest and the bats leave, there’s no more pest control service, so it has to be replaced by something that costs money.” 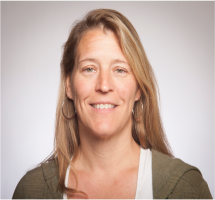 This kind of ecosystem service is relatively easy to monetize, and doing so makes it easier to understand and communicate the worth of the services to people. The general assumption is that talking about ecosystem services in this way will generate broader support for conservation, beyond the people who are already environmentalists.

Prof. Matzek and her coauthor Prof. Kerrie Wilson, at the Queensland University of Technology in Brisbane, Australia, wanted to better understand this effect. In their study in PLoS ONE, they explore whether people who support conservation activities for protecting ecosystem services have different core values and attitudes than those who support the activities for biodiversity protection.

Read the study: Public support for restoration: Does including ecosystem services as a goal engage a different set of values and attitudes than biodiversity protection alone?

Do values affect our support for conservation?

Our values are the core beliefs that govern the way we live. We can think of three main value orientations in this context: egoistic, biospheric and altruistic. Prof. Matzek explained:

Prof. Matzek and Prof. Wilson asked 1,902 Australian participants to look at two different conservation scenarios – an ‘ecosystem services’ scenario with benefits to people and a ‘biodiversity only’ scenario with no benefits to people – and say how much they would pay for the activities in each case. The participants then answered a set of value orientation questions to determine if they lean more altruistic, biospheric or egoistic.

The results show that the more egoistic people tended to support conservation efforts more when their benefits were mentioned. While the evidence does not strongly link support of ecosystem services to egoistic values, Prof. Matzek points out that it “shows a tantalizingly good correlation. You can see a pattern emerge of people who tend to be more egoistic in their value orientation coming along to conservation when the benefits are mentioned.”

There is some resistance to the idea of monetizing ecosystem services, but given the potential to reach otherwise disengaged audiences, Prof. Matzek believes it needs to be considered.

“People say, ‘you can’t put a price tag on nature.’ My answer is always, ‘if you don’t, the price tag is zero.’ When nature is left out of the books entirely, it gets valued at nothing. So I’m generally a proponent of trying to quantify as much as possible the provision of services when considering conservation efforts.”

Prof. Ceballos’s study on the sixth mass extinction and Prof. Matzek’s study on values and ecosystem services both reached their intended audiences, as reflected by Altmetric. For Prof. Matzek, it was important for this study to contribute to what we know about people’s responses to ecosystem services, so that knowledge can be built on and applied. The study was discussed on Twitter and Mendeley.

For Prof. Ceballos, it was vital to reach the widest possible audience with his findings on the sixth mass extinction. His coauthor Prof. Paul Ehrlich is at Stanford, so Stanford issued a press release when the paper came out. But the promotion work started before the press release: they wrote the paper itself with a broad audience in mind.

“Our goal was to write a paper that can be read and used by a philosopher, mathematician or high school student,” Prof. Ceballos said. “We were less concerned with the people who know the topics, because we didn’t want to preach to the choir.”

The paper did reach its audience, with global news coverage and an Altmetric attention score of 2964. Prof. Ceballos believes, as a scientist, it is his responsibility to try to make the results available to the public. When asked about his recipe for successful outreach, he said: “It’s simple. It’s telling the truth, but also giving some hope that we can we can still do something.”

To learn more about how Altmetric analyses the influence of research or to request a demo contact us at suppoort@altmetric.com.

Other research contributing to SDG 15: Life on Land:

The projected timing of abrupt ecological disruption from climate change

Bending the curve of terrestrial biodiversity needs an integrated strategy

Ecological restoration should be redefined for the twenty‐first century

Making the UN Decade on Ecosystem Restoration a Social-Ecological Endeavour