Welcome to the Altmetric High Five for September! On a monthly basis, my High Five posts examine a selection of the most popular research outputs Altmetric has seen attention for that month.

Our papers this month detail a wide range of exciting and sometimes controversial discoveries, from the celebrated grave of a female Viking warrior, to a “pen” that can potentially detect cancer cells in seconds while a patient is on the operating table. 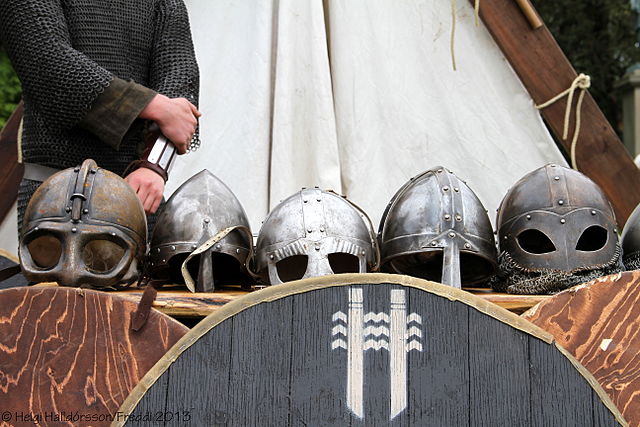 Our first High Five paper is “A female Viking warrior confirmed by genomics,” a Brief Communication published in the American Journal of Physical Anthropology. The open access paper details the finding that the individual buried in a well-furnished warrior grave in the Viking Age town of Birka, Sweden was female.

“Genome-wide sequence data was generated in order to confirm the biological sex, to support skeletal integrity, and to investigate the genetic relationship of the individual to ancient individuals as well as modern-day groups. Additionally, a strontium isotope analysis was conducted to highlight the mobility of the individual. […] The genomic results revealed the lack of a Y-chromosome and thus a female biological sex, and the mtDNA analyses support a single-individual origin of sampled elements. […] The identification of a female Viking warrior provides a unique insight into the Viking society, social constructions, and exceptions to the norm in the Viking time-period. The results call for caution against generalizations regarding social orders in past societies.” – Hedenstierna-Jonson et al. 2017

This female Viking warrior, likened by some to Brienne of Tarth from “Game of Thrones,” has been the subject of extensive controversy. Several experts in the field have come forward questioning the conclusions of the paper, arguing that the presence of the female skeleton in the grave isn’t conclusive evidence that the skeleton actually belonged to a warrior, or the warrior who was first buried in this grave. “Today, many of us are eager to find examples of woman leaders in the past who are just as badass as our woman leaders today. And that might lead to misunderstanding history,” writes Annalee Newitz at ArsTechnica.

The study authors are standing their ground. “We know these are the right bones, that they are a woman’s bones and that they were in that grave,” study author Mattias Jakobsson told The New York Times, pointing out the positioning of clothing and weapons around the body suggesting that the woman had authority.

Will we need more evidence to re-write history for the Viking warrior? 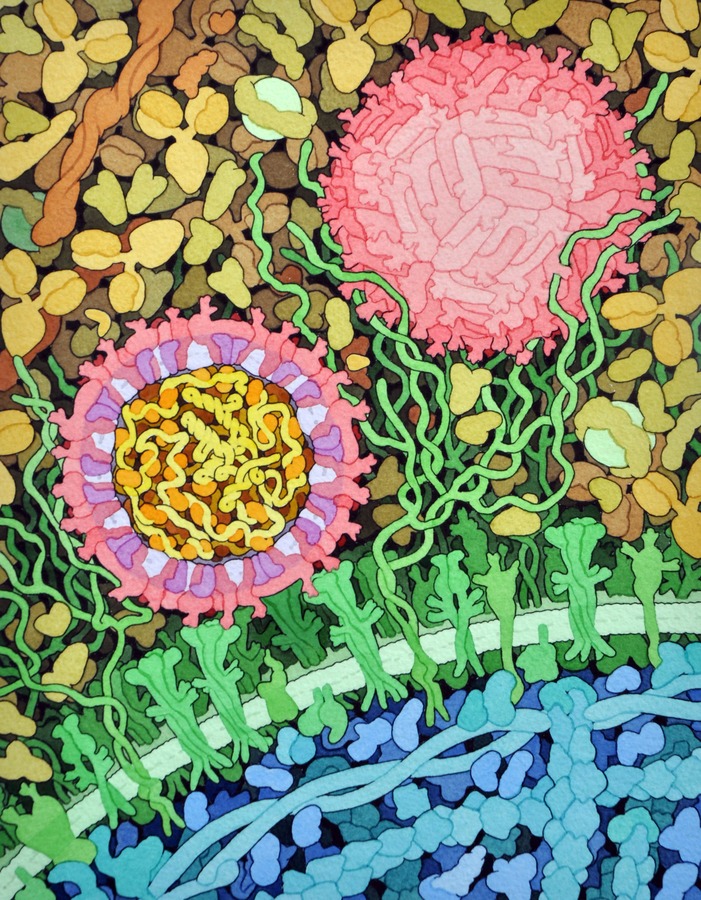 Our next High Five paper is “Zika virus has oncolytic activity against glioblastoma stem cells,” published in The Journal of Experimental Medicine. The study authors turned Zika virus onto glioblastoma (brain cancer) in mice, finding that animals with the disease “survived substantially longer and at greater rates when the tumor was inoculated with a mouse-adapted strain of ZIKV [Zika virus].” The virus “preferentially infected and killed glioblastoma stem cells relative to differentiated tumor progeny or normal neuronal cells.”

In the human fetus, Zika virus is known to infect the developing central nervous system, negatively affecting neural stem and progenitor cells. But researchers may also be able to turn this virus around to provide therapeutic treatment for individuals with glioblastoma brain cancer.

Over 200 news outlets covered this study this month, including many broadcast news channels. Forbes headlined, “Can Zika Be A Treatment For Brain Cancer?”

“Compared to the mice that received salt water, the mice who received the Zika virus had significantly smaller tumors two weeks after the injection and ended up surviving longer. […] Worried about injecting regular strength Zika virus into the [human] brain? […] The researchers also experimented with a weakened form of the virus by introducing a couple mutations. This weakened form was not as effective but still was able to kill cancer cells.” – Bruce Y. Lee, Forbes

“Using the Zika virus to kill brain cancer cells is trying to re-purpose what’s been most harmful about the Zika virus: it targets and damages immature and still growing brain cells. This can devastating in a developing fetus’s brain, where nearly all cells are immature and growing. However, in patients with brain cancer, the opposite is the case. The immature (or progenitor) cells are the enemy. Glioblastomas occur when astrocytes, a type of glial cell in the brain, become immature and reproduce uncontrollably.” – Bruce Y. Lee, Forbes

However, as Ryan Mandelbaum at Gizmodo points out, “this is a preliminary study in a mouse model, so it’s unclear how Zika might affect real human patients.” Human trials are several years away. 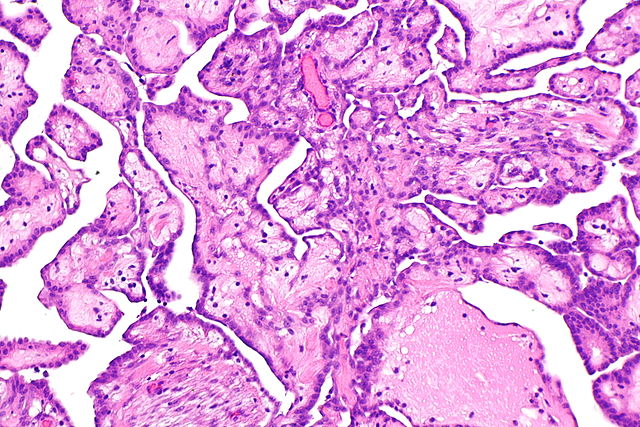 “Although a surgeon’s goal is to remove cancer in its entirety during excision surgery, achieving negative margins (absence of cancer cells at the outer edge of the excised tumor specimen) can be challenging. To facilitate intraoperative diagnosis, Zhang et al. developed a handheld pen-like device that rapidly identifies the molecular profile of tissues using a small volume water droplet and mass spectrometry analysis. […] The pen could be used to rapidly distinguish tumor from healthy tissue during surgery in mice, without requiring specific labeling or imaging and without evidence of tissue destruction.” – Study lay summary

Nearly 190 news outlets covered the study. Smithsonian Magazine headlined, “Scientists Invent a Pen That Can Detect Cancer in Seconds.” NewScientist headlined, “Cancer pen could tell surgeons where they should cut in seconds.”

“The device is a pen-sized mass spectrometry device its developers are calling MasSpec Pen. The pen releases a droplet of water onto a tissue’s surface. The droplet attracts biomolecules from the tissue, and is then drawn back into the pen. The pen does a quick molecular analysis to determine whether the particles are cancerous or not. Within a few seconds, the surgeons know if they should remove the tissue. […] The research team, led by UT chemistry professor Livia Schiavinato Eberlin, tested the MasSpec pen on tissues removed from 253 cancer patients. The pen gave a diagnosis in about 10 seconds, with more than 96 percent accuracy. It was also able to detect subtle changes in tissues in the margins between normal and cancerous tissues.” – Emily Matchar, Smithsonian.com

The pen-like device made the September 6, 2017 cover of Science Translational Medicine. 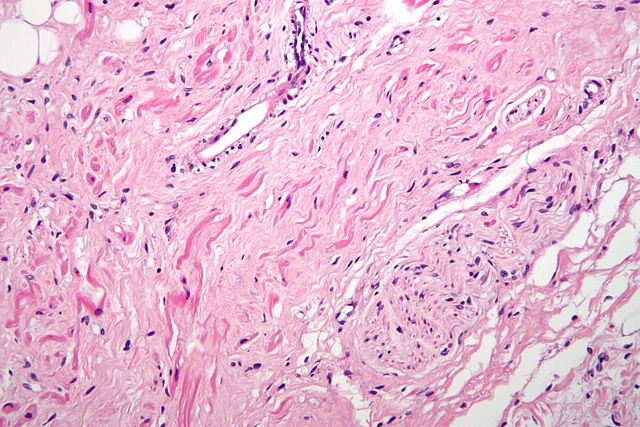 Course and distribution of the glossopharyngeal, vagus, and accessory nerves. Gray’s Anatomy.

“Some patients in a vegetative state recover while others persistently remain in such a state. The neural signature of spontaneous recovery is linked to increased thalamo-cortical activity and improved fronto-parietal functional connectivity. The likelihood of consciousness recovery depends on the extent of brain damage and patients’ etiology, but after one year of unresponsive behavior, chances become low. There is thus a need to explore novel ways of repairing lost consciousness. Here we report beneficial effects of vagus nerve stimulation on consciousness level of a single patient in a vegetative state, including improved behavioral responsiveness and enhanced brain connectivity patterns.” – Corazzol et al. 2017

“The 35-year-old car crash survivor was still alive 15 years later—but completely paralyzed and unresponsive. He was in what scientists refer to as a ‘persistent vegetative state.’ After 12 months, most medical professionals consider this type of brain damage irreversible. That was, until, scientists working in France performed an experimental procedure to tickle one of the largest nerves in the body. With a little electrical stimulation, the patient was able to regain the ability to move his eyes in response to people around him, and even slowly turn his head, according to a case study…” – Katherine Ellen Foley, Quartz

“Still, some physicians and brain injury specialists remain skeptical about whether the treatment truly worked as described. The surgery to implant the electrical stimulator, the frequent behavioral observations, and the moving in and out of brain scanners all could have contributed to the patient’s improved state, says Andrew Cole, a neurologist at Harvard Medical School in Boston who studies consciousness.” – Michael Price, Science 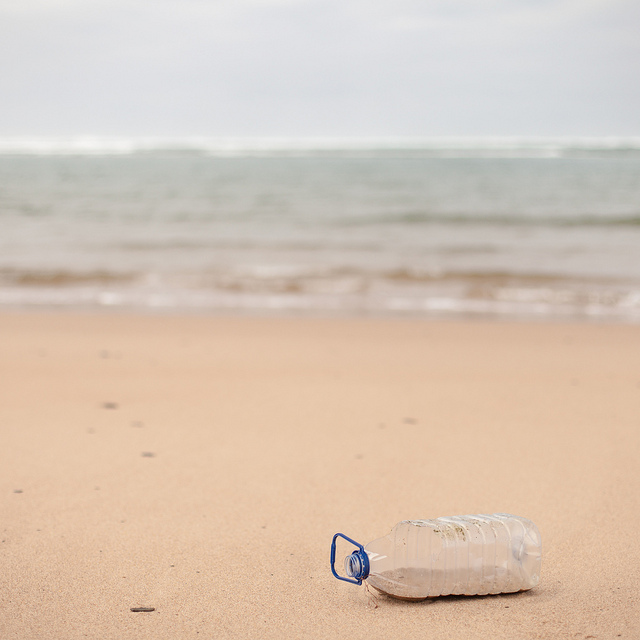 Our final High Five paper is “Tsunami-driven rafting: Transoceanic species dispersal and implications for marine biogeography,” a report published in Science. The study documents transoceanic biological rafting of many species via man-made structures, including pieces of plastic.

“When coastal ecosystems are affected by storms or tsunamis, organisms can be rafted across oceans on floating debris. However, such events are rarely observed, still less quantified. Carlton et al. chart the rafting journeys of coastal marine organisms across the Pacific Ocean after the 2011 East Japan earthquake and tsunami. […] Of the nearly 300 mainly invertebrate species that reached the shores of the U.S. Pacific Northwest, most arrived attached to the remains of manmade structures.” – Lay Abstract, Science

“The towering tsunami that devastated Japan six years ago also unleashed a very different sort of threat onto the distant coastline of North America: a massive invasion of marine life from across the Pacific Ocean. Hundreds of species from the coastal waters of Japan — mostly invertebrates like mussels, sea anemones and crabs — were carried across the Pacific on huge amounts of floating debris generated by the disaster, according to a study published Thursday in Science. Less than a year and a half after the enormous earthquake and tsunami on March 11, 2011, left more than 18,000 dead or missing in Japan, the first pieces of wreckage began washing up on the shores of Canada and the United States. To the surprise of scientists, the debris was covered with sea creatures that had survived crossings that in some cases had taken years.” – Martin Fackler, New York Times

Steven Chown wrote about the study for The Conversation.

“Marine introductions result from biofouling, the process by which organisms start growing on virtually any submerged surface. Within days a slimy bacterial film develops. After months to a few years (depending on the water temperature) fully formed communities may be found, including algae, molluscs such as mussels, bryozoans, crustaceans, and other animals. […] The debris ranged from small pieces of plastic to buoys, to floating docks and damaged marine vessels. All of these items harboured organisms. Across the full range of debris surveyed, scores of individuals from roughly 300 species of marine creatures arrived alive. Most of them were new to North America.” – Steven Chown, The Conversation

One more reason to keep plastic out of our oceans – marine invaders!