For many people, Twitter is a place where you find memes and misbehaving politicians. Yet it seems the platform has a lot more to offer than entertainment: People have fallen in love, been arrested, made friends, and been hired and fired.

How much can you achieve in 280 characters? If you get them right, quite a lot. According to the researchers behind a paper in PLoS Computational Biology, Twitter could transform your career as a scientist.

Read the study: “Ten simple rules for getting started on Twitter as a scientist”

In a paper that’s rather different from their usual studies, a group of academic tweeters in the Netherlands explored the often unexpected benefits of using Twitter as a scientist, and came up with ten rules for those who want to try it out. 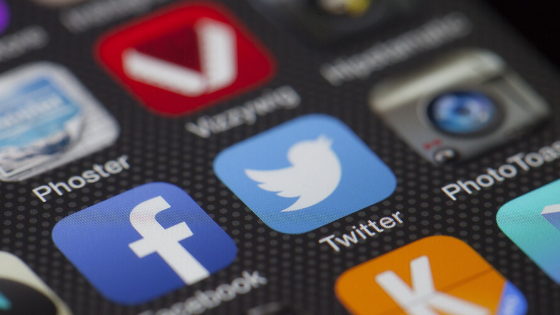 One of the authors of the paper, Dr. Felienne Hermans (@Felienne), is an Associate Professor at Leiden Institute of Advanced Computer Science, Leiden University. Her research is focused on how to teach programming to kids, looking at what they can do cognitively and the skills they need to learn programming. In this traditional academic field, Twitter is shaking things up.

“It’s democratization of attention,” Dr. Hermans said. “If you look at academia in the traditional sense, attention isn’t equally divided. It’s the most senior people who get the most attention – they get the keynote speeches, and everyone listens because they have a plenary spot. Younger researchers get less attention – they might present in one of seven parallel tracks in a big software engineering conference. Twitter levels that out. I have more followers than our Dean and our department head, and people in other dimensions who clearly outrank me – on Twitter, they don’t have the reach I have.”

An alternative path to success in academia

On Twitter, you can earn an audience by adding value, it’s not about your academic status or the length of your career. If people find value in the things you share, they will follow you. “I’ve earned that audience in a different way than academic merit, and in that sense, it can really help you,” she added. 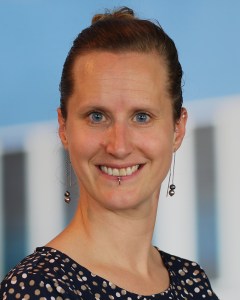 There isn’t much in the way of hard evidence of this, as the team says in the paper. But between them, there are some striking examples of the benefits of using the platform. When Dr. Hermans started her current job, she had a coffee meeting to make the Dean’s acquaintance, and he knew her through Twitter and her blog.

Similarly, her co-author Dr. Veronika Cheplygina (@DrVeronikaCH), an assistant professor in the Medical Image Analysis group at Eindhoven University of Technology, has found co-authors on Twitter – including on this paper. “There are these small concrete cases in which the fact that you are well known in a certain way has advanced your career in a certain sense,” Dr. Hermans said.

She joined Twitter over a decade ago, and things have changed a lot since then: the Twitter experience has gone from “hanging out with weird people” to something much more professionally-focused for Dr. Hermans.

“It’s a way to stay up to date with people in programming and the programming education research community. It’s also a really nice way to keep up with the social network of researchers, rather than just meeting them at a conference once a year. Sharing things about your research on Twitter eases social interaction –when you do go to the conference, people know what you’ve been working on.”

It was this positive experience that led Dr. Hermans to think about writing a paper on the topic. Working with Dr. Cheplygina, Prof. Casper Albers (@CaAl), Dr. Natalia Bielczyk (@nbielczyk_neuro) and Prof. Ionica Smeets (@ionicasmeets), she explored what scientists can do to get the most out of Twitter.

Looking at their own experiences and stories from other people, the team developed ten rules to help scientists get started on Twitter. One of Dr. Hermans’ favorite rules is “be a real person.” She explained:

“One thing that I really like is that it is okay to bring your personality and your personal life through Twitter. Even though I use Twitter mainly professionally, I also sometimes occasionally share some things about my hobbies. I like running and I run long-distance races, and sometimes I tell you about these things as well. There’s a balance, you don’t want to only share cat pictures, but what I like about it is that you also get a sneak peek into the social lives of other scientists.”

Here are the rules, in brief:

The five authors have almost 100,000 followers on Twitter between them, making promoting the paper effortless. “We didn’t really have to do anything,” Dr. Hermans said. “We’ve had a good laugh about this paper attracting so much more attention than older real stuff that we’ve all been doing.”

With 867 tweets, as well as some blog posts, Facebook posts and a news article, the paper has an Altmetric attention score of 627. The authors have taken the paper to a wide audience – something they wanted to do to encourage and support young scientists.

“We didn’t hope to achieve anything with the paper academically, we just wanted to give young researchers a few concrete steps that might make it easier to get started on Twitter. I really think that Twitter is a place where you can find people that think about research in the same way that you do.”

Set up a landing page. If you share your research, with a link to ResearchGate or the website of your university with a PDF of the paper, you have very little control over what happens, you don’t know who clicks it, and you don’t know how people find it. If I make a landing page for a paper, it’s really easy to share, I can see how people get there, from Twitter for example, and I can include a small summary that, in my case, is aimed at teachers. This is especially good if you want to reach non-scientists with your work.