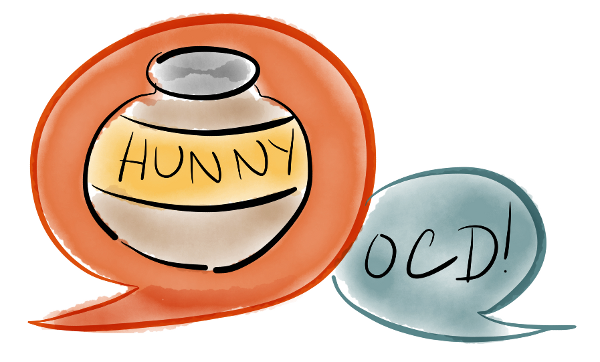 The current champion of the Altmetric database is an article which appeared nearly 12 years ago in the Canadian Medical Association Journal (CMAJ), and has been mentioned in over 11,000 tweets since 2011. As part of an end-of-year holiday joke special, the CMAJ published the article by Sarah Shea and colleagues of Dalhousie University (Halifax, Canada), entitled “Pathology in the Hundred Acre Wood: a neurodevelopmental perspective on A.A. Milne” [1]. By revisiting the characters of A.A. Milne’s popular Winnie-the-Pooh children’s tales through a medical lens, the subject matter of the paper sparked the imaginations of the general public, while also striking a chord with scientists and medical professionals.

Contained within the 3 modest pages of the Shea et al. article was a satisfyingly scientific, yet humourous, discussion of the various psychiatric disorders exhibited by all of the beloved, anthropomorphised characters of the Winnie-the-Pooh stories. Using standard criteria from the fourth edition of the Diagnostic and Statistical Manual of Mental Disorders (DSM-IV), the authors presented detailed assessments of characters such as Winnie-the-Pooh, Piglet, Eeyore, Tigger, and Christopher Robin. Citing examples from the stories, the authors made the case that Pooh bear was suffering from multiple problems, including attention deficit hyperactivity disorder (ADHD), obsessive compulsive disorder (OCD), and microencephaly (otherwise known as “small brain”), culminating in what the authors jokingly described as “Shaken Bear Syndrome”. On the other hand, Eeyore, the gloomy donkey, was diagnosed as having dysthymic disorder (a form of chronic depression), and the incident in which he loses his tail was listed as a “traumatic amputation of tail”. Other characters, including Kanga, the kangaroo mother of Roo, received an evaluation of psychosocial and environmental issues, and Kanga’s status as a single, unemployed parent was flagged as having potentially damaging consequences on the development of her young son. Juxtaposing medical terminology with whimsical language and puns, the authors outlined treatment recommendations, suggesting that several of the afflicted characters be medicated, such as Pooh with low-dose stimulants and Eeyore with antidepressants.

Following its publication in 2000, the paper by Shea and colleagues has been met with diverse responses, ranging from praise to derision. According to Altmetric’s data (accurate to 2011), as of the 21th of September 2012, approximately 97% of the social media mentions were made by members of the general public, whereas science communicators, health care practitioners, and scientists were responsible for the remaining 3%. Most fans of Winnie-the-Pooh appeared to find the article to be brilliantly-written and hilarious, sharing the article with thousands of followers and friends.

This is plain awesome. | RT @uberfacts: Winnie-The-Pooh characters all represent some type of mental disorder. bit.ly/wJnpdL

However, for a subset of people, the tongue-in-cheek attitude of the Shea et al. paper failed to make a positive impression. A small percentage of fans bemoaned their disillusionment, claiming that they would never be able to look at Pooh and his friends in the same way again. This sentiment was echoed in a published letter to the CMAJ in response to the article, in which the correspondent lamented that as a dedicated Pooh reader, her new perspectives on the characters would potentially jeopardize her “emotional and intellectual health”. Several academics even responded with letters to the CMAJ detailing criticisms of diagnoses made in the Shea et al. paper, with one correspondent suggesting that Pooh suffers from Prader-Willi syndrome (a genetic disorder that leads to cognitive and developmental disabilities) rather than ADHD, and another presenting an eyebrow-raising argument for Pooh having “a classic case of sublimated Fecal Incontinence and Anal Eroticism”. In a comment that appeared in a news piece in The Lancet, prominent British psychiatrist Simon Wessely blasted the Pooh article’s authors for using the old trick of “attaching psychiatric labels to people” in a failed attempt at humour [2].

Regardless of whether all readers appreciated the humour of Shea and colleagues, the article was able to subtly prompt more serious considerations about issues such as the overdiagnosis of learning and behavioural problems in young children, as well as the eagerness of some practitioners to rely upon prescription medication as first-line solutions. The discipline of psychiatry, with its reliance upon the DSM for categorising mental illnesses, has been criticised by some for setting arbitrary lines for what is “normal” and “abnormal”, as well as for affixing labels onto every aspect of human behaviour. It has been argued that the tendency to diagnose every sign of abnormality leads to the generation of social stigma for individual sufferers, as well as pushing the increased usage of psychiatric drugs. That negative perceptions of people with mental illnesses become amplified after the assignment of diagnostic labels has been clearly illustrated in the reactions of a few Winnie-the-Pooh fans on social media, who expressed how the stories were “ruined” for them after the characters had been viewed in the context of psychiatry. Of course, none of the fictional inhabitants of the Hundred Acre Wood will ever receive medication, and their apparent mental problems will never change or improve. By assigning disease labels to characters that have been adored by millions for their quirkiness, Shea and colleagues asked whether these characters, who are clearly abnormal, should be medicated [3]. Asking such a question in a light-hearted manner exposed the dangerous territory that psychiatrists must tread upon in their assessments of patients. Diagnostic labels, while necessary in many cases, can potentially be misused.

In spite of the polarised reactions to the article, the uniqueness of the content led to Shea and Colleagues being awarded a $1000 prize for excellence in the “One-of-a-Kind” article category of the Canadian Business Press’ Kenneth R. Wilson Memorial Awards [4]. And if the astoundingly high Altmetric score (10,000+) is any indication, it seems that the online community has truly embraced the uniqueness of the article, too.

Interactions: The Most Popular Paper on the Internet | Altmetric.com

[...] to its enduring appeal, Shea et al.’s paper was a natural choice for the topic of my first Interactions blog post. Interestingly, the Shea et al. paper has always remained at the top of the attention rankings, [...]

[…] I love the fact that @uberfacts also makes an appearance. Uberfacts is a fact of the day type service but has only tweeted about papers seven times since we started tracking Twitter. In Uberfacts’ case it’s the same paper they’ve tweeted seven times, and it’s been retweeted in turn by eight and a half thousand people.The paper in case you’re wondering is perennial altmetrics favourite Winnie the Pooh: A Neurodevelopmental Perspective. […]