Wikipedia is the go-to resource for the general public to learn about almost anything online. Altmetric tracks references to published research in Wikipedia articles, so you can see when your research is used to inform general knowledge on Wikipedia.

Wikipedia is supported in over 300 languages all over the globe. Originally, Altmetric only tracked Wikipedia in the English language and added support for Swedish and Finnish language Wikipedia several years ago. As part of our ongoing efforts to ensure that Altmetric data serves our global user base, we recognised the need to support Wikipedia in a wider diversity of languages. Following on some recent improvements to the way we track Wikipedia, we have now added support for Spanish.

When a Wikipedia editor adds a reference to a book, article, or other research output, Altmetric looks for a link or identifier (like an ISBN or a DOI) that we can use to match the reference to a particular scholarly record.

This is an example of a reference on a Wikipedia article, in the edit history and then on the main page: 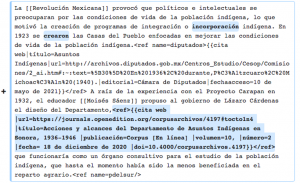 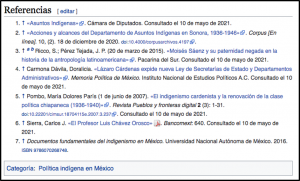 The mention then appears on the details page like so: 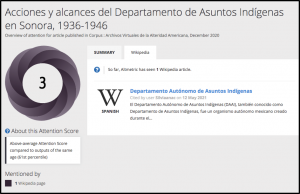 In order to track Spanish Wikipedia, we imported all of the articles from this source from all-time, and then began tracking references as they are written live. The import resulted in an average of 10,460 mentions per month in 2020, and a total of 612,005 mentions of 304,056 research outputs (all time)!