9 December 2014 — London, UK — Alternative metrics provider Altmetric LLP today reviews the 100 academic papers receiving the most online attention in 2014 – and the conversations happening around them.

The list provides a detailed overview of the published research articles that have generated the largest amount of sharing and discussion across mainstream and social media, blogs, peer-review forums, platforms such as Reddit and YouTube, and bookmarking sites.

The 10 most shared scientific research papers for 2014:

The most featured research 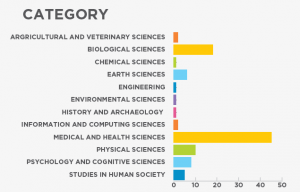 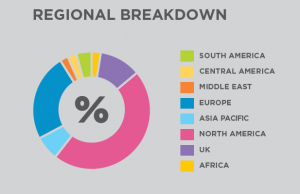 Euan Adie, Founder of Altmetric, said of the Top 100: “We continue to see a significant increase in the volume of research being shared and discussed online, and in the audiences engaging in those conversations. It’s no surprise to see that the most shared articles of the year heavily mirror the media agenda, but interesting to note that on occasion online communities are drawing attention to studies that have not received a significant amount of mainstream coverage.

“For example, we had more than 2,000 tweets for a study on how gaining basic certification affected nursing confidence levels. This reached a combined following of more than 2.2 million followers, demonstrating how social media can really boost the profile of some online published studies.”

Data was collated from November 14th 2013 to 14th of November 2014, for articles publisher from November 2013 onwards. Editorial, comment, review and other non-original research content is excluded. Author and institutional data was collected from PubMed, or from the original article page if there was no associated PubMed record. Altmetric scores shown were captured at the time of collation, and may have changed slightly since.

Altmetric is focused on making article level metrics easy. We track what people are saying about articles online on behalf of authors, international publishers, funders and institutions. Our clients include Elsevier, Nature Publishing Group, Springer and the Wellcome Trust. For more information, visit www.altmetric.com.

Altmetric is supported by Digital Science – a technology company that combines world-class technology with a resolute focus on scientists and those who support the research process. Digital Science is a division of Macmillan Science & Education – one of the largest and best-known international publishing and technology groups in the world; characterized by high-quality academic, scholarly and educational businesses. For more information, visit www.digital-science.com and www.learn-discover.com.