Records from 9 international patent offices are included as part of the integration, which so far has surfaced more than 750,000 citations to articles, books, clinical trials and other scholarly outputs from over 8 million patents. Patents filed from 1994 onwards are included in the initial release. 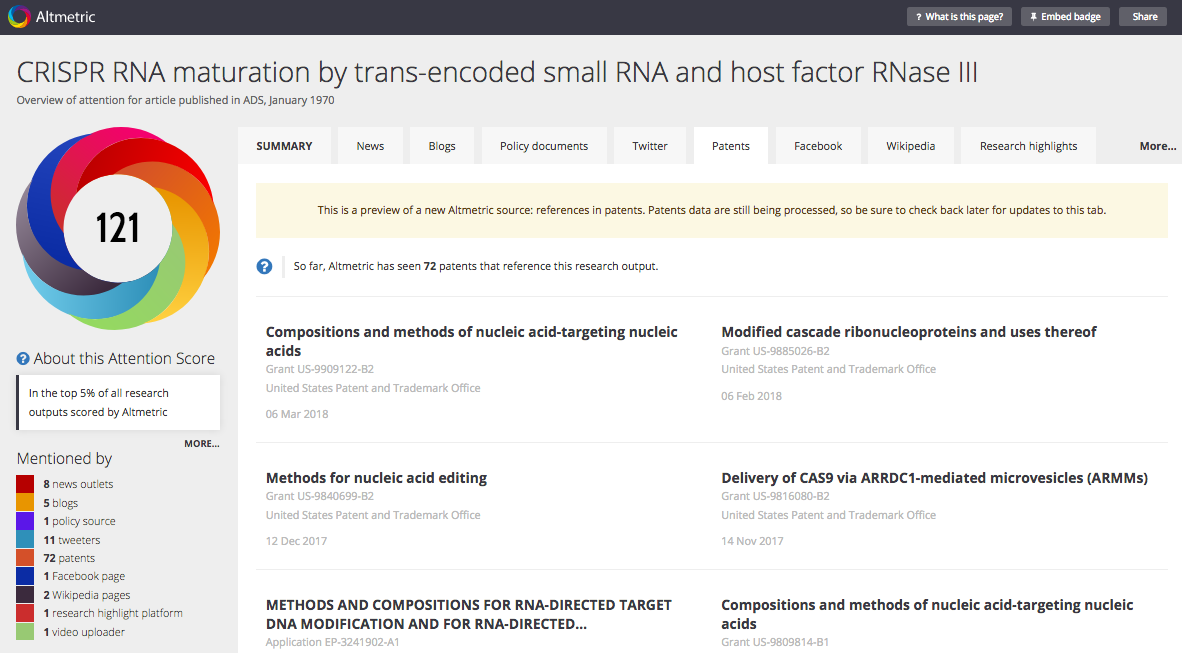 The citations from patents are combined with diverse attention data from sixteen other sources (including social media, peer reviews, and public policy) in the Altmetric Explorer, where they can be summarized, searched, visualized, and exported for use in organizational reporting activities.

The patents data can also be accessed via Altmetric badges and details pages, and are represented by a new orange color in the Altmetric donut visualization.

Altmetric’s CEO Kathy Christian says, “We’re very pleased to be working with IFI CLAIMS to enrich the data we offer our customers. Including citations to research from patents will undoubtedly allow altmetrics to shine a much brighter light on the economic impacts of research.”

The patents data is live in the Altmetric Explorer and Altmetric details pages now. More information about how the citations are tracked can be found here.